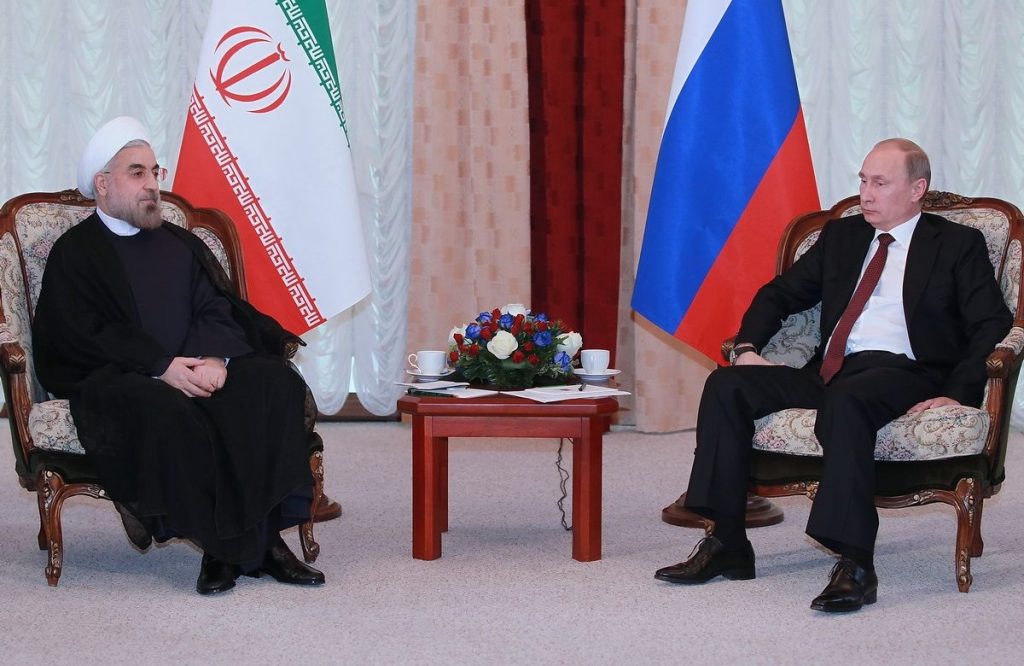 It seems that most Western elites and politicians believe that Iran and Russia have an amiable relationship and that Tehran and Moscow confide in each other thoroughly. However, this is not the case, as Russia’s recent decision to withdraw forces from Syria shows.

Relations between Iran and Russia have always been overshadowed by mutual suspicion.

After the collapse of the Soviet Union, the Islamic Republic of Iran –- due to unfriendly relations with Western countries — had no choice but to turn to Russia. This was the reason that so many contracts for weapons, oil and nuclear technology were signed with Russia in the 1990s. On the Russian side, too, these deals did not represent an extended hand of friendship but were made necessary by Russia’s economic crisis.

The biggest joint project with Russia was the Bushehr nuclear power plant. However, Russia constantly fell short of its promises to complete the reactor, which had been partly constructed by German companies and then abandoned after the 1979 revolution. The plant finally began operation in 2011. Iran also lost trust in Russia after Vladimir Putin signed on to numerous UN Security Council sanctions against Iran.

Western-phobia during the term of Iranian President Mahmoud Ahmadinejad pushed Iran closer to Russia, giving Moscow more opportunities to score favorable economic and military contracts. When Hassan Rouhani succeeded Ahmadinejad, this set off alarm bells in Moscow. Russian authorities tried to use all their economic, political, military, security and media tools to increase their influence in Tehran’s decision-making.

Although the government of President Rouhani is well aware of the unfriendly intentions of the Russian side, it has declared its readiness to develop well-rounded relations with all countries, including Russia. In the past two years, however, the Russians have repeated their negative behavior, failing to deliver S-300 missiles and Sukhoi 30 fighters.

The most important project shared by Iran and Russia has been support for the embattled government of Syrian President Bashar al-Assad.

In the early phases of Russia’s presence in Syria, many political and security authorities in Iran welcomed the intervention and concluded that Russia was working to suppress all armed opposition groups in the country. But a minority of Iranian critics and experts warned against once again trusting Russia as a reliable partner in foreign policy. Although these individuals were a minority, events are proving their point.

Putin, in meeting with Iranian Supreme Leader Ayatollah Ali Khamenei, insisted that Russia does not betray its friends. But Putin’s sudden announcement last week that he would withdraw many Russian forces from Syria is in itself an act of betrayal.

I believe that Russia has achieved its goals in Syria, which are not the same as Iran’s goals. Russia’s goals are to safeguard its military bases in Latakia, Tartus, and Damascus and shore up the Assad government in Damascus and western Syria.  Russia is less concerned about preventing Syria’s disintegration.

On the other side, Iran and its ally, Hezbollah, prioritize preserving the logistical land corridor for arms and supplies between Iran, Iraq, Syria, and Lebanon. They also seek to preserve a pro-Shi’ite government in Damascus that is committed to the agenda of Islamic Resistance against Israel.

Today, Assad’s government is solely concentrated in western Syria. Russia, after six months of bombing mostly the positions of the Syrian Free Army, has destroyed the chances for a democratic alternative to Assad. Currently, Syria is divided between the weak government of Assad and the extremists of the so-called Islamic state or Daesh. It is clear that there is no acceptable alternative to Assad’s government in the western portion of the country.

Despite their claims to the contrary, this situation is favorable to a number of external actors apart from Iran. Israel would be faced with a much weaker Hezbollah while Saudi Arabia, Qatar, and Turkey could count on a conservative Sunni government in the central and eastern sectors of Syria. Assad would remain under the protection of Russia in Damascus and Russia would have access to the entire Syrian Mediterranean coast as a base for its navy.

It is clear that this situation is the result of Iran’s miscalculation of Assad’s and Putin’s intent in the Syrian civil war, and Russia’s long history of breaking its promises.

In the end, it could be said that today the goals of Iran and the United States are much closer than they have been in the past. Tehran and Washington share the desire to defeat Sunni Islamic extremists and to prevent the disintegration of Middle Eastern countries such as Syria and Iraq. There is a good chance for Washington to prove its positive intentions to Tehran, creating trust and the prospect for more serious cooperation in the field of the security issues in the Middle East.

Abbas Qaidaari is Director of the Defense and Security Studies Department in the Center for Strategic Studies in the Office of the Iranian President.