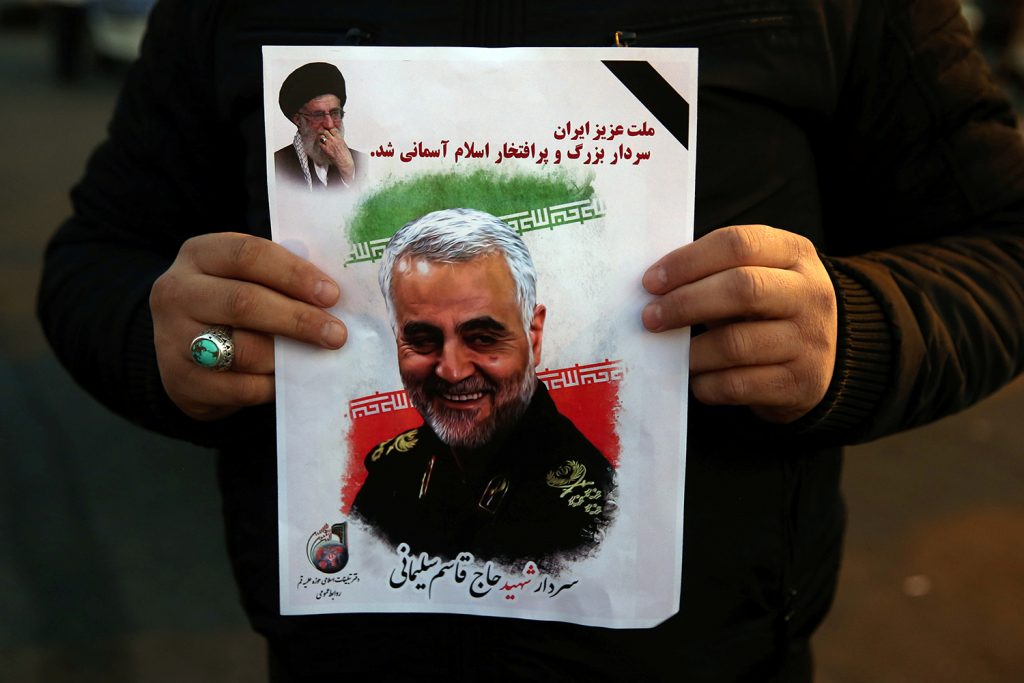 “The United States just spent Two Trillion Dollars on Military Equipment. We are the biggest and by far the BEST in the World! If Iran attacks an American Base, or any American, we will be sending some of that brand new beautiful equipment their way…and without hesitation!”

At the height of the latest escalation between the United States and Iran, US President Donald J. Trump, who is also the commander in chief of the US Armed Forces, was running a war with #Iran by tweet. Did Jack Dorsey ever imagine this for his platform when launching Twitter in 2006?

The conflict in question was prompted by a bold, shocking strike directed by Trump himself. The target: Qasem Soleimani, the commander of Iran’s Islamic Revolutionary Guard Corps (IRGC) Quds Force, the elite foreign arm of the military. Soleimani met his maker while riding in a convey on Baghdad’s Route Irish, the US name for the road where many US soldiers were killed and maimed by his explosively formed penetrators (EFPs) along that route.

His killing is a game changer. Soleimani had been in the crosshairs of the US military several times but was spared by the George W. Bush and Barack Obama administrations. National security officials were concerned such a move would prompt Iran to activate terror cells around the world in retaliation. This author was told that Trump was aware of this risk and still made the call. Iran has said this means war. Soleimani was seemingly untouchable but the Americans did the unthinkable.

After the three-day mourning period, Iran attacked a couple of American military bases, missing personnel on purpose. The overt war is over for now; back to the shadows the conflict goes, but for the Iranians, sans their shadow master.

The Quds Force commander was seen by some as the future of Iran’s leadership, in recent years having evolved out of the shadows of spymaster to increasingly in the spotlight as a celebrity officer who took selfies with Shia militias and whose image was turned into nationalistic memes on Instagram.

The fight against the Islamic State of Iraq and al-Sham (ISIS) propelled him to international name recognition, no longer merely a figure of intrigue among foreign policy circles. There were even whispers among Iranians in the country and abroad who spoke to this author of a presidential run during the 2021 presidential elections. On the night news broke of Soleimani’s killing, an American political reporter friend told this author she was out with another and said: “I don’t even cover this closely and I know who Soleimani is.” The most powerful general in the Middle East had become more recognizable to Americans after a public meme war between Trump and Soleimani. In November 2018, Trump tweeted a Game of Thrones style meme threating “sanctions are coming.” Soleimani’s Instagram account responded with his own GOT take: “I will stand against you.”

Now, the seemingly untouchable commander is a martyr—something he always said he dreamed of—and the memes have gone international. The general—whose celebrity was once absurdly compared to that of singer Lady Gaga’s star power—is now the subject of memes making rounds, mostly dark humored takes at Soleimani’s expense being shared by jubilant US conservatives. In Iran, however, Soleimani is depicted as being embraced by Imam Hussein, the Prophet Mohammad’s grandson, who is seen as the master of martyrs in Shia Islam for his death at the battle of Karbala.

But there is also Che Guevara style merchandise for sale. One t-shirt being sold online on the clothing site Red Bubble depicts Soleimani in a portrait similar to that of Shia saints found in Iranian shrines.

So who does this benefit? Some Iranians I’ve spoken with who travel back and forth between Iran and the West believe Soleimani was sold out—that his death was plotted as a means of national unification. This, of course, is to be taken with a grain of salt. Conspiracy theories are deeply rooted in Middle Eastern culture, partly because they sometimes turn out to be partially true. Having that been said, the truth is that Soleimani’s death at this point in history is beneficial to President Trump and Iran’s Supreme Leader Ayatollah Ali Khamenei.

The Islamic Republic cannot survive without being at war with the United States. The genesis of its existence is conflict with the West, specifically the United States. If Soleimani finally got his martyrdom, the Islamic Republic finally got the fight it was itching for as the future of the regime was hanging in the balance. Protests erupted across Iran in late 2019 with reported death tolls ranging from at least 300 to a staggering 1,500. Of course, information is tightly controlled so that number is unconfirmed. The regime is in economic free fall and the people are at their wits end, but a new year’s blessing from Washington has diverted from these woes: the killing of Iran’s celebrity soldier. In Baghdad, the headline is no longer the protestors fighting against Iranian influence in their sovereign nation, but parliament’s call for the expulsion of US troops from Iraq.

Trump has a re-election campaign to win under the cloud of impeachment. He does not want to follow in the footsteps of one-term President Jimmy Carter during the 444-day Iran hostage crisis. The Iran-backed Shia militia breach of the US embassy in Baghdad on December 31, 2019 had the hallmarks of the beginnings of the storming of the US embassy in Tehran a little over forty years ago and the subsequent Iran hostage crisis. Also haunting the US president is Benghazi, a 2012 attack by Islamic insurgents on a US compound in Libya that killed two Americans.

The United States has been at economic, covert, and proxy war with Iran since 1979. For a minute it looked like could become kinetic. But a mediocre missile strike from Iran signaled de-escalation. Trump accepted. But now is when it really gets dangerous as Iran’s proxies seek to avenge their fallen leader.

Suzanne Kianpour is a senior nonresident fellow at the Atlantic Council. She is a foreign affairs and political journalist. Follow her on Twitter @kianpourworld.