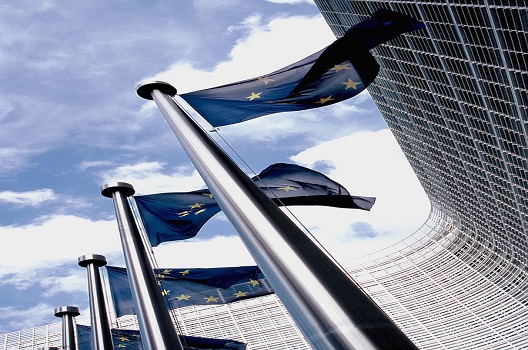 In the aftermath of the US announcement that it was quitting the Joint Comprehensive Plan of Action (JCPOA), the other signatories are struggling to convince Iran to remain within the agreement.

European officials have been particularly outspoken, reflecting anger at a potentially fatal blow to a signature diplomatic achievement that touches their core security concerns. Donald Tusk, the president of the European Council, addressed the press before the start of a European Union summit in Sofia, Bulgaria, by saying, “We are witnessing today a new phenomenon: the capricious assertiveness of the American administration…. [President Donald Trump] has made us realize that if you need a helping hand, you will find one at the end of your arm.”

The EU’s foreign policy high representative, Federica Mogherini, told a press conference after Trump’s announcement, “This deal belongs to each and every one of us. Stay true to your commitments, as we will stay true to ours.”

Iranian President Hassan Rouhani gave a mandate to Foreign Minister Mohammad Javad Zarif to obtain assurances and guarantees from the P4+1 (Britain, France, Russia, China and Germany) that Iran will continue to enjoy the economic benefits of the JCPOA. Zarif embarked on a three-day trip on May 13, visiting Beijing, Moscow and Brussels. He tweeted after a meeting with Mogherini that the talks had been “constructive” but “much remains to be done in coming weeks to practically guarantee economic benefits for Iranian people.”

The Supreme Leader of the Islamic Republic, Ayatollah Ali Khamenei, stated during a speech on May 9 that if the JCPOA is to stay intact, Iran must receive “solid guarantees” from the other parties.

The general public in Iran is unhappy with the situation Trump has created. The devaluation of the Iranian rial, the lack of easy access to foreign currencies, and the prospect of sanctions coming back have once again empowered groups opposed to the JCPOA and to the Rouhani government. The hardline Kayhan newspaper published an article entitled “Trump ripped up the JCPOA, now is now time to set it on fire,” arguing that the Islamic Republic must resume its nuclear program at pre-JCPOA levels. In parliament, a group of conservatives and hardliners burned a paper American flag and a copy of what appeared to be the JCPOA, and have ramped up pressure on the Rouhani government to pull out of the agreement.

Undoubtedly, Trump’s decision will push Iran further towards China and Russia for both economic and strategic partnerships. China, which operated in Iran even under sanctions, has also benefited from the JCPOA and its companies and products are omnipresent in Iran. The Chinese railway giant, CRRC Corp., has won multiple contracts for construction of new railways as well as the supply of hundreds of subway cars for Tehran and other cities. Moreover, China is also poised to benefit if Total abandons its investment in a major gas field. The French oil giant has said it “will have to unwind all related operations” in Iran before November 4, unless it is granted a specific waiver by US authorities. However, one must not neglect the ongoing trade dispute between China and the United States, which can have a negative impact on Chinese economic relations with Iran.

Russia has also benefitted from the JCPOA and is poised to gain more if European companies leave Iran. Already, it has concluded a $30 billion energy contract, agreed to sell 40 Sukhoi passenger jets and signed various defense contracts, including for S-300 surface-to-air missile systems. With Russia’s assistance, Iran managed to sign an interim trade deal with the Eurasian Economic Union, a free-trade zone. The US decision is also likely to strengthen Russia’s strategic partnership with Iran in Syria. However, the possibility of a grand bargain between Presidents Trump and Vladimir Putin that would sacrifice Iranian interests is not out of the question.

While rhetorically, the EU and other signatories have repeatedly stated their objective to save the JCPOA, the prospect for bypassing US sanctions is dim. European Commission President Jean-Claude Juncker stated that “our means are there, and we will use them, but don’t fool ourselves our means are limited.” Former Iranian Ambassador to Germany Seyed Hossein Mousavian has told this analyst that the P4+1 “will not be able to resist the extraterritorial impact of the US secondary sanctions. The only way is for the EU to re-impose the blocking regulation and substitute dollar with euro in business dealings with Iran. In this case, the P4+1 would be able to maintain the JCPOA, but only with fifty percent functionality.”

At the EU Summit in Sofia, the 28 members unanimously decided to reactivate the 1990s era blocking regulation and Juncker said that the leaders had also agreed to allow the European Investment Bank to facilitate European companies’ investment in Iran, and to encourage “Member States to explore the possibility of one-off bank transfers to the Central Bank of Iran.”

The blocking regulation does not impact companies already active in the US. It does provide limited guarantees for small and medium-sized companies that conduct business in currencies other than the US dollar. Thus, almost all multinational companies that were eager to enter the Iranian market will continue to face uncertainty and the majority will decide against trading with Iran.

Total, Siemens, and Maersk Tankers, to name a few, have already announced that they will cancel or freeze investments and contracts with Iran. Amir Handjani, a senior fellow the Atlantic Council, told this analyst, “Trump’s decision has long-term and problematic ramifications for European companies because of the symbiotic nature of the EU and US economies which are intertwined and dependent on each other in banking infrastructure as well as trade and investment.” He added, “Even if the EU were to impose blocking regulation, its enforcement is unrealistic, and the lack of interest in the European private sector to engage with Iran could eventually have the same damaging net effect as the pre-JCPOA sanctions on Iran.”

Sanctions are supposed to have a clear objective. The most frequent goal is regime change and democratization. However, frequently sanctions have failed to achieve this objective and the sanctions imposer shifts to crippling the economy of the sanctioned country to coerce it to change certain foreign or defense policies.

In the case of Iran, sanctions have certainly damaged the country’s economy but did not stop the advancement of Iran’s nuclear program. Iran continued to accumulate centrifuges, going from about 200 in 2002 to 20,000 in 2014. Under the JCPOA, that level dropped by two-thirds.

Sanctions imposed prior to the JCPOA had more bite because the US was in lockstep with the European Union, as well as the United Nations, in organizing and imposing the penalties. However, unilateral extraterritorial sanctions are illegal, according to UN General Assembly Resolution 66/186. The resolution “urges the international community to adopt urgent and effective measures to eliminate the use of unilateral coercive economic measures against developing countries that are not authorized by relevant organs of the United Nations or are inconsistent with the principles of international law as set forth in the Charter of the United Nations and that contravene the basic principles of the multilateral trading system.”

Trump’s return to a policy of unilateral pressure on Iran is similar to that of many of his predecessors but may have even more negative repercussions because it follows successful implementation of the JCPOA and trust-building mechanisms. The abandonment of the nuclear deal shattered not only trust, but also prospects for more peaceful US-Iran relations in the future.

To entice Iran back to any kind of negotiations, the US would have to offer much larger incentives than provided by the JCPOA, namely the complete removal of all primary sanctions and the prohibition of “snapback” if such sanctions were to be removed.

There is a strong possibility that the Trump Administration will pursue backchannel talks with the Islamic Republic in the weeks and months to come, possibly through mediation efforts by other parties to the agreement, Oman, Kuwait, or other countries that have cordial relations with both Iran and the United States. If there is no progress, however, a rise in Iran-US hostility could lead to more violence and chaos throughout the region and beyond.

Mehran Haghirian is a recent graduate of American University’s School of International Service in Washington, with a master’s degree in international affairs and a focus on the Persian Gulf region. He is currently in Tehran. Read his Thesis: “Effectuating A Cooperative Future Between Iran and the Arab States of the Persian Gulf.” @MehranHaghirian