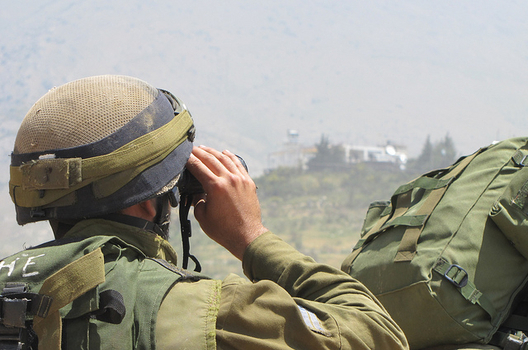 Much of the discourse on the future of the Joint Comprehensive Plan of Action (JCPOA), the nuclear agreement between the P5+1 powers and Iran, has centered broadly on two issue sets. The first comprises the issues between Iran and the six powers; the second, perhaps more widely-discussed are dynamics between the United States and the other five powers.

However, any significant change to the agreement is bound to affect another front: the already strained Israeli-Iranian relationship. Indeed, the current debate around the JCPOA unfolds during the tensest period ever in Israeli-Iranian bilateral relations. On April 20, Hussein Salami, Vice Head of the Iranian Revolutionary Guard Corps (IRGC), stated that “hands are on the trigger and missiles are ready…north and west of Israel are at the intersection of fire.” Directly addressing Israelis, he further stated, “You will not escape. You live in the dragon’s mouth.”

On the same day, Israeli Prime Minister Benjamin Netanyahu responded: “We hear the threats from Iran, and the IDF [Israeli Defense Forces] and security forces are prepared for every possible Iranian move…we will not shy away from action against those who threaten our security. They will pay a heavy price.” On April 26, Israeli Defense Minister Avigdor Lieberman was even more specific when he suggested that if Iran attacks Tel-Aviv, “we will strike Tehran.”

It seems that Israeli forces are indeed on alert. In April, Israel went so far as to cancel the participation of some its war-planes in a joint US exercise in Alaska. Earlier in the month, on April 9, Israel attacked Iranian targets at the Syrian T-4 airbase, killing seven Iranian military advisors. Perhaps as justification for the attack, Israel revealed that an Iranian drone shot down on February 10 within its northeastern border was armed and on an attack mission.

Israel and Iran have viewed each other as a significant threat for decades. However, only recently has this hostility manifested in intentional, direct, and open military exchanges. As the Syrian civil war appears to enter its terminal phase, heightened tensions are partially the result of Israeli concerns over a continuing Iranian military presence in Syria. Seen from Jerusalem, victory for the Syria-Iran-Hezbollah axis will create a “Shia corridor” from Tehran to Israel’s northern border. Israeli strategists see Tehran’s ability to project power so close to Israel’s borders as a significant threat; a “noose of terror around our neck,” in the words of Prime Minister Netanyahu. This led some in Israel to explore the possibility a pre-emptive strike against the Iranian build-up. In short, Israelis are concerned by the possible evolution of Iran’s direct military challenge, which would represent an escalation within the framework of traditional regional power politics.

The reintroduction of a nuclear element into Iranian-Israeli competition could heighten the potential for escalation. If the JCPOA collapses and Iran resumes the military aspects of its nuclear program, the chances of Iranian-Israeli military confrontation will be much higher. Israel’s current political leadership has discussed a possible Iranian nuclear threat in almost apocalyptic terms. Prime Minister Netanyahu and others have interpreted the project through the lens of Jewish history and made repeated references to the Holocaust. Israel’s security establishment, on the other hand, has not shared Netanyahu’s view. According to multiple reports, an alliance of the heads of three services – the military, the foreign intelligence agency (Mossad), and the internal intelligence agency (Shabak) – blocked the prime minister’s plan to attack Iranian nuclear facilities in 2010. Politicians saw a Holocaust in the making, while the top brass sent a less alarmist message.

Now, when the generals look north, they can see an additional, conventional Iranian threat. They are concerned and, as in the case of the T-4 airbase attack, are willing to use force. Unlike the past civil-military rift over Iran’s nuclear project, both Israeli politicians and soldiers are equally concerned about Iran. An Israeli attack on Iran previously was prevented by a lack of a consensus on the nature of the threat. Today’s emerging consensus could lead to war.

Though the consensus is focused at present on the immediate Iranian build-up along Israel’s northern border, it could easily expand to include Iran’s nuclear infrastructure. This is especially true if Tehran resumes the military aspects of its nuclear program. Moreover, if a direct confrontation starts, it will be challenging to keep it confined to the Lebanese or Syrian arenas. Prime Minister Netanyahu already stated back in February that Israel could act against Iran, and not just against its allies.

The Israeli internal balance that prevented an attack last time around has been further disrupted: the prime minister’s chair is shaking under the pressure of four separate corruption investigations, and Netanyahu might actually benefit from tension with Iran. It could allow him to deflect the investigations by reminding the Israeli public of his essential role in times of great external danger. Additionally, the security establishment has likely recalculated the costs and the benefits of an attack. It is probably less concerned with American opposition to a confrontation than it was from 2009-2014, particularly with the recent appointments of a hawkish national security advisor and secretary of state. Moreover, the head of the Mossad is perceived, unlike his predecessors, as a close Netanyahu ally. The chief of staff of the military, a traditional check on the prime minister’s more hawkish impulses, is expected to retire on December 31, 2018, thus allowing the prime minister the opportunity to select a new chief that might be more amenable to Netanyahu’s approach.

Regional dynamics might also encourage Israel to act. Saudi Arabia and other Gulf states are as concerned as Israel by the prospect of an Iranian military nuclear capability. In an interview to a Saudi paper, Israel’s defense minister hinted on April 26 that Israel is in the process of securing some Arab support for a confrontation with Iran.

An Iranian-Israeli war is not a forgone conclusion. Iran must be aware that Israel is far stronger, at least in the Syrian arena. Iran’s main local proxy, Hezbollah, might prefer calm, at least before the May 6 parliamentary elections in Lebanon. Moreover, Prime Minister Netanyahu talks baldly, but a close look at his record shows that he has always been careful in using his country’s big stick.

Finally, the merging of the Iranian conventional and nuclear threats could offer an opportunity, one that comes from Washington. A deal-making president, after all, could conclude that now, with both nuclear and conventional chips on the table, there could be even greater space for a deal. President Donald Trump already has taken the first moves toward an unexpected deal with North Korea; might he attempt to use renewed Israeli concerns to push for a new deal in the Middle East?

Ehud (Udi) Eiran, is an Assistant Professor at the University of Haifa, Israel, and a board member at Mitvim, The Israeli Institute for Regional Foreign Policies. Follow him on Twitter: @EhudEiran