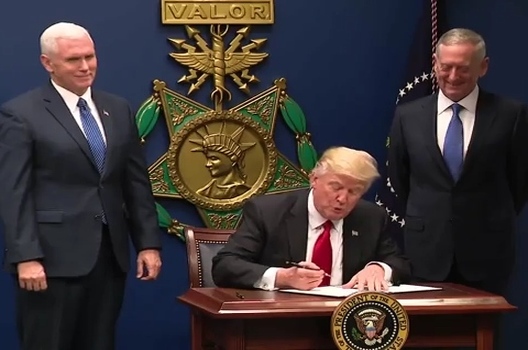 The Supreme Court’s 5-4 decision to uphold the third iteration of President Donald Trump’s travel ban falls hardest on Iranians – both those seeking to travel to the US and those in the US who cannot go home without jeopardizing their ability to return.

The situation is particularly dire for Iranians studying for graduate degrees, doing research and teaching at US universities. They can no longer leave for any destination because of fear that they will not be able to complete their studies or resume their research-affiliated positions.

Among those victimized is a professor at James Madison University named Mona who holds a work permit visa and previously held an F-1 student visa while completing a PhD at the University of Wisconsin. When her father died last year, she decided it would be too risky to leave the US to attend his funeral.  Her predicament left her feeling shocked and depressed at having to miss such an important event.  Fariba, who also asked that only her first name be used, was studying journalism at Northwestern University when her father also passed away in 2017. Like Mona, she did not attend the funeral, leaving her bitter and frustrated.

Even those students who have multiple-entry visas have feared leaving the country. This was the situation of Zahra, a PhD student of law at Fordham University, who was invited to a conference in Germany but had to decline. Such meetings are important for graduate students to exchange ideas with their peers and support their research.

Despite the Trump administration’s claims, the controversial travel ban does not serve US national interests. It does not improve the US security posture or foster more prosperity, economic growth or cultural development. The ban, which  affects people from Iran, Libya, North Korea, Somalia, Syria, Venezuela, and Yemen, falls most heavily on Iranians because Iran is the most populous of the seven countries.

Banning citizens from mostly Muslim countries creates the impression that the Trump administration is hostile toward Islam, despite the president’ claim in a tweet in  January 2017 that “this is not about religion—this is about terror and keeping our country safe.” That undermines US national security.

In fact, no Iranian in the United States on a visa has committed an act of terrorism. Countries whose nationals attacked the US on Sept. 11, 2001 – Saudi Arabia, Egypt, the United Arab Emirates and Lebanon – are not targeted by the ban. Nor are Pakistan and Afghanistan, whose citizens have also been responsible for acts of terror in the US in recent years.

Iranians who are US citizens are also unjustly penalized by the ban as their close relatives can no longer visit them — even though they have not violated any rules or transgressed any US immigration law. Ghazal and Sanam, who are Iranians residing in Switzerland, were not able to obtain a visa to come to the US to attend the funeral of their father, who passed away on July 3 this year. Their father, Ahmad, was a US citizen who lived in New Orleans with their sister.

The travel ban has made many Iranian-Americans, who have lived here for years and contributed to the US economy and society, feel singled out and deprived of their basic rights. This is particularly heartbreaking for those Iranian American US citizens who have worked for the US government and cannot travel to Iran out of concern that they will face problems from the Iranian government.

Iranian-Americans have often been called a model ethnic minority as they are among the mosteducated and successful immigrant communities in the US. Many came for education in the 1960s and 70s and a large number also came to the US after the 1979 revolution. Most live in California, but there are significant populations throughout the US, including in Texas, Oklahoma, Virginia and New York.

Iranian-Americans have made remarkable contributions in academia, medicine, high technology and engineering. The list of Iranians in high-powered tech positions is extensive,and includes Shervin Pishevar, co-founder of Sherpa Capital, Pierre Omidyar, founder of Ebay, and Sean Rad and Justin Mateen, co-founders of Tinder.

Iranian-Americans have also attained top positions in the financial field. Sharmin Mossavar-Rahmani, a rare woman in this male-dominated profession, is chief information officer for Private Wealth Management at Goldman Sachs.

Maryam Mirzakhani, an Iranian immigrant who tragically died a year ago of cancer, was the only woman to win the Fields Medal, the most prestigious award for mathematicians.

According to the Washington Post, last year, there were 17,000 students from the list of banned countries studying in American colleges and universities. More than 12,000 them were Iranian. In addition, 35,000 Iranians visited the United States on non-immigrant visas in 2015. Anecdotal evidence suggests that these numbers have diminished considerably since Trump was inaugurated.

The new US policies will deter Iranians from coming to the US to study and deprive US academia and business of the contributions they might make. Many will go instead to Canada, European countries, Australia and South and Southeast Asia.

The Supreme Court’s decision to uphold the travel ban has been a turning point for many Iranian students in the US. It has impacted this author as well; for the first time, I have not been able to visit my parents and they cannot visit me. I am considering continuing my studies in Europe where reunions will be more convenient.

The Trump administration policy, which is now seeking to exert “maximum pressure” on Iran despite its continued compliance with a 2015 nuclear agreement, has also chilled even short-term academic and cultural exchanges. These exchanges, which resumed in 2006 under the George W. Bush administration, were meant to promote mutual understanding and serve both countries through an emphasis on issues of mutual concern, such as the environment. But since Trump was inaugurated, only one such exchange has taken place and it had to be held in Europe.

Tahereh Hadian-Jazy is seeking her PhD and writes on women’s rights in Iran and the Middle East. She holds a Masters degree in modern Middle Eastern studies from Oxford University.