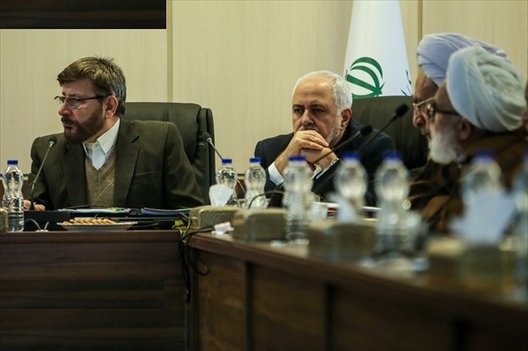 Iranian Foreign Minister Mohammad Javad Zarif’s much-publicized resignation was largely attributed to the existence of parallel power structures in Iran that adversely affect many areas of policymaking and governance, including foreign policy.

One policy issue that has caused a great deal of controversy among Iran’s ruling elite is whether to implement requirements of the Financial Action Task Force (FATF) on money laundering, terrorism financing and transnational organized crime.

The UK government’s decision to blacklist Lebanese Hezbollah—widely seen as Iran’s linchpin proxy in the Middle East—in its entirety will likely complicate efforts by the Rouhani government and its allies in the Expediency Council to pass FATF rules into law. Members of the Expediency Council—which enjoys legislative powers and is tasked to resolve deadlocks and disputes between parliament and the Guardian Council—are appointed by Supreme Leader Ayatollah Ali Khamenei.

Of the four FATF bills proposed by the government, two regarding the United Nations Convention against Transnational Organized Crime(also called the Palermo Convention) and Countering the Financing of Terrorism (CFT) have long been stuck in the Expediency Council, with hardline members arguing that their passage will stymie Iran’s sanctions evasion schemes and its financial support for militant groups such as Hamas in the Gaza Strip and Hezbollah.

In its latest meeting on March 2, the assembly decided for the fourth time to postpone its possibly negative verdict on the Palermo legislation to after the Iranian new year—starting on March 21—apparently out of concerns that its announcement in the hectic pre-holiday season might trigger sudden price hikes and diminish the Iranian people’s purchasing power.

The UK plans to extend the terrorist ban to Hezbollah’s political wing seems to have had an impact on the decision.

“The UK government’s move has intensified the controversy over the issue among political factions,” said Sajad Abedi, a senior analyst at Iran’s National Defense and Security Think Tank, a strategic institute closely affiliated with the Supreme Leader’s office. “I can even tell you that it hampered the finalization of Zarif’s resignation scenario.”

According to UK law, anyone who joins Hezbollah or urges support for it will be committing a criminal offense that could include a sentence of up to ten years in prison.

The blanket blacklisting came around a month after the powerful Lebanese militant group managed to secure three out of thirty ministries in the newly formed government—the largest number it has ever held—and seems to be aimed at precluding its normalization and integration into Lebanon’s state structure. With Britain leaving the European Union, the decision might also be an attempt to foster closer ties with the Trump administration and its Arab allies, which London will have to rely on once its access to the European market is checked in the wake of Brexit.

Given the centrality of London as a global hub for financial and banking services, the ban might limit Hezbollah’s international business activities, particularly if the European Union follows suit and adopts a similar punitive measure.

Although such a step is unlikely in the near future, it suggests growing pressure on Iran to scale down its regional activities, including financial and logistical support for non-state allies and proxies, at a time when European powers are trying to salvage the 2015 Iran nuclear deal. Possibly anticipating the potential threat, Iranian officials in the parliament and Expediency Council have already made it clear that the decision to endorse or reject FATF legislation depends on the “behavior of Europeans.”

Meanwhile, the Rouhani government is merging five military-affiliated banks and credit institutions with Iran’s oldest state-run bank, Sepah Bank, to contain the role of the armed forces in the economy and stabilize the banking sector.

“Contrary to what some Expediency Council members claim, the merger of military-owned banks indicates the ruling elite have probably decided behind the scenes to enforce FATF measures,” explained Fereshteh Sadeghi, an independent political analyst based in Tehran.

However, in an under publicized address to his clerical students on February 24, Khamenei made veiled allusions that have been construed as his opposition to FATF requirements.

“He who does not consider the end result of his work is not prudent… This is a lesson for those of us who have a responsibility and make decisions in a certain capacity,” he stressed, in a video of the speech. Khamenei then likens the decision to hastily jumping in a pool, despite there being a “precious crystal glass” on its edges.

“In the context of escalating pressure on the Islamic Republic by western powers, the ‘precious crystal glass’ means Iran’s independence that the Supreme Leader fears the FATF legislation, or the figurative jump into water, might undermine,” Abedi explained.

Nine months ago, in another speech that has just been released by the Supreme Leader’s official website, Khamenei cautioned the Rouhani cabinet about trusting “mischievous” Europeans to shield Tehran against US sanctions.

“Do not tie the Iranian economy to something that is out of our control,” he said.