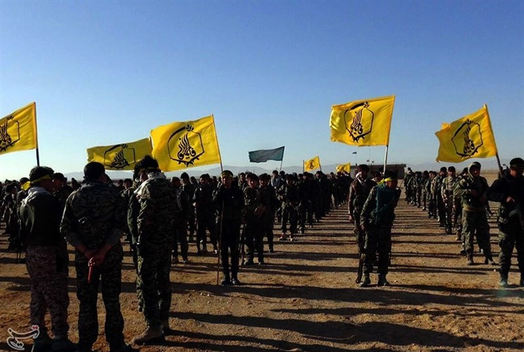 All US secondary sanctions on Iran’s core economic sectors were re-imposed by the Trump administration in November 2018 as a direct consequence of its withdrawal from the Joint Comprehensive Plan of Action (JCPOA).

The administration justified its withdrawal from the accord partly on the assertion that the lifting of sanctions required by the 2015 nuclear agreement was enhancing Iran’s ability to exert influence in the region. Leaving the deal and re-imposing sanctions would, according to President Donald Trump and other officials, apply “maximum pressure” on Iran—denying it the revenue to fund, arm, and train a wide network of regional allies and proxies, including the Lebanese Hezbollah, Iraqi Shia militias, Houthi rebels in Yemen, Hamas in the Gaza Strip, militant groups in Bahrain, and factions of the Taliban in Afghanistan.

Trump has asserted that the re-imposition of sanctions has made Iran “a much different country.” He and other US officials state that the sanctions, including the May termination of sanctions exceptions under a 2011 law penalizing the banks of countries that do not reduce their purchases of Iranian crude oil, have devastated Iran’s economy and caused Iran to retrench in the region.

A wide range of observations and data support the former assertion, but not the latter—suggesting that the economic effects of sanctions do not necessarily translate into strategic gains for US policy.

The re-imposition of sanctions has, without question, harmed Iran’s economy. The International Monetary Fund estimates that Iran’s GDP will shrink by at least 6 percent for the March 2019-March 2020 period—a severe recession, although not a collapse. Prior to the US withdrawal from the JCPOA, Iran’s economy had been expected to continue to rebound from the depressed, pre-nuclear accord levels experienced during 2011-2016.

The termination of oil purchase sanctions exceptions has driven Iran’s vital oil exports to lows not seen since the eight-year Iran-Iraq War, when Iraqi jets bombed Iran’s oil export terminals constantly. Absent any oil-related sanctions, Iran’s baseline crude oil exports are about 2.5 million barrels per day. But, for June 2019, the first full month after sanctions exceptions were terminated, Iran only exported about 300,000 barrels per day—far below what most analysts estimate Iran requires to avoid significant financial austerity. Furthermore, the availability of key medicines, particularly expensive chemotherapy and other drugs, has been reduced substantially because of Iran’s inability to secure trade credits to buy large quantities of these items. These effects are similar to those of 2011-2016, when the Obama administration escalated sanctions in order to persuade Iran to negotiate limits to its nuclear program—limits that were encapsulated by the JCPOA.

If sanctions translated into changes in Iran’s regional behavior, it would be expected that Iran’s regional influence would have suffered setbacks during 2011-2016. Yet, events and trends demonstrated just the opposite or, at best, suggest that sanctions and Iran’s regional influence are independent of each other. In 2013, during a period of maximum economic effect of sanctions on Iran’s economy, Iran was able to intervene in the Syria civil war, taking decisive action to maintain the Bashar al-Assad regime’s grip on power. Iran not only sent its own Islamic Revolutionary Guard Corps Quds Force (IRGC QF) advisers to help organize the Assad regime’s defenses, but it also facilitated the armed intervention of Lebanese Hezbollah in Syria on Assad’s behalf. Iran furthermore was able to financially entice and organize thousands of Afghan and Pakistani Shias into new units—the Fatimiyoun and Zaynabiyoun divisions—to fight in Syria. Nor did sanctions prevent Iran from providing Assad with at least $1 billion in credits each year during 2012-2016, including the provision of gratis oil.

In 2014, with international sanctions still applying severe pressure to Iran’s economy, Iran was easily able to intervene in Iraq to help halt the advance of the Islamic State of Iraq and al-Sham (ISIS) toward the Iran-Iraq border. Tehran sent IRGC QF advisers to organize and field a variety of Iran-backed Shia militias, and to recruit additional Shia fighters, to fight alongside an Iraqi military that had largely collapsed in the face of the ISIS onslaught. In parallel, the United States sent forces to help reorganize the Iraqi Army to face the severe challenge.

Sanctions also did not stop Iran from taking advantage of the battlefield success of the Houthi movement in Yemen. Iran helped them not only confront a Saudi-led Arab coalition that was assembled with the express purpose of rolling back Iran’s regional influence by defeating the Houthis, but has also armed the Houthis to the point where they are able to launch missiles into Saudi Arabia and threaten shipping in the vital Bab el-Mandeb. More than four years later, the Arab coalition is bogged down, fracturing, and looking for ways to exit the conflict.

In 2019, Trump administration officials assert that the US maximum pressure campaign is already working to roll back Iran’s regional influence. In particular, they cite reports that Iran’s chief proxy, Hezbollah, has acknowledged financial constraints by appealing for public donations. However, there are no indications that either Iran’s nor Hezbollah’s capabilities or intent to continue helping Assad have changed. Both remain significantly engaged in Syria, and Iran’s posture in Iraq, Yemen, and elsewhere remains virtually unchanged.

Administration policy might potentially induce Iran into negotiations on a revised JCPOA that might involve Iranian concessions on issues not explicitly restricted in the 2015 agreement, such as Iran’s development of ballistic missiles. But, because Iran’s regional activities are at the core of its ideology and its strategy for defending the revolutionary regime, it is virtually certain that there will be no alteration of its regional policy that is either compelled by sanctions or demanded in negotiations.

Kenneth Katzman is a specialist on Iran at the Congressional Research Service. He is writing here in a private capacity.