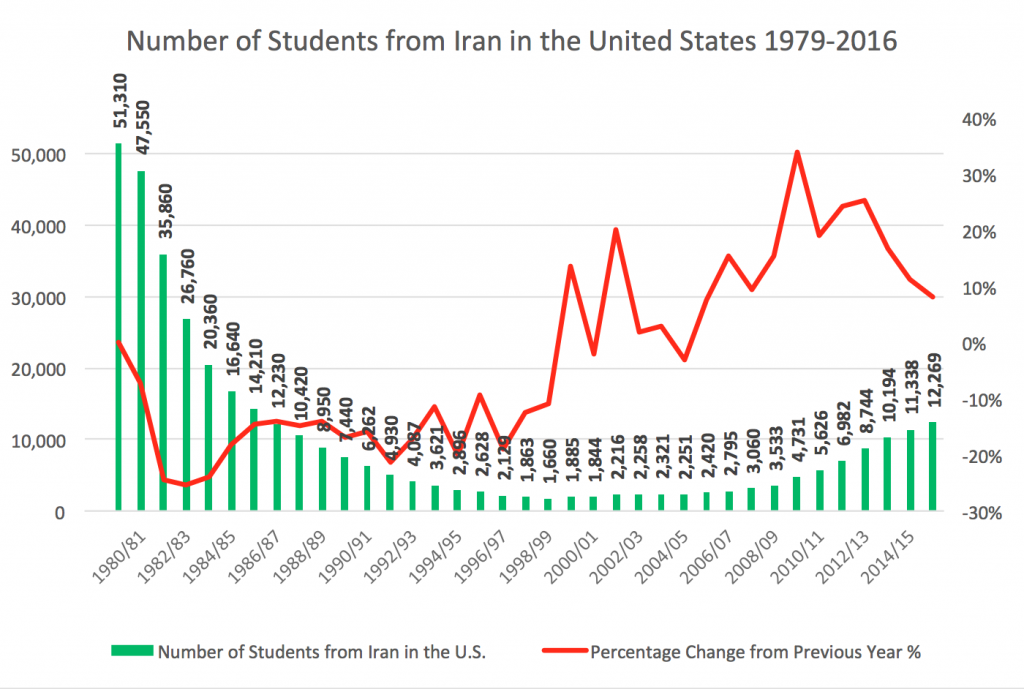 US cultural diplomacy programming and other exchanges have a long history of helping to improve US relations with adversaries, from the old Soviet Union to China and the Islamic Republic of Iran. They are an inexpensive and often overlooked element of US foreign policy that brings benefits to Americans and people all over the world.

Even before the United States and what was then called Persia established formal diplomatic relations in 1834, Americans and Iranians interacted in mutually beneficial ways. US missionaries helped found and direct Iran’s first modern medical school and other institutions for secondary education. Missionaries, scholars and financial advisors played a prominent role in Iran’s development into the early twentieth century at a time when the United States was perceived as politically neutral and more benign than the colonial powers of the day.

Although the US government was viewed more negatively after the 1953 CIA coup that ousted Prime Minister Mohammad Mossadegh, individual Americans continued to forge warm relations with Iranians and vice-versa. Nearly 2000 Americans served in Iran before 1979 as members of the Peace Corps, bringing tangible benefits to Iran’s lower and middle classes. The Iran-America Society, established in the 1950s, organized programs to “foster among Americans and Iranians a greater knowledge of the arts, literature, science, folkways, social customs, economic and political patterns of the United States and Iran, and to develop a deeper understanding of the similarities and diversities of the Iranian and American ways of life.”

At the same time, tens of thousands of Iranian students came to US colleges and universities, developing a lasting affinity with Americans and contributing to the US economy and scientific advances. Iran was the top sender of students to the US from 1974/75 to 1982/83. The peak year was 1979/80 when 51,310 students from Iran were in the US. (Those numbers have slowly recovered to more than 12,000 this year.)

The 1979 revolution interrupted these connections but did not end them. Mennonites responding to a 1990 earthquake initiated an interfaith dialogue with Shi’ite theologians that has grown to include Catholics, Jews and Sunni Muslims. In 1998, after the election of President Mohammad Khatami, who had called for a “dialogue of civilizations” with the United States, the Clinton administration endorsed a visit to Tehran by the USA Wrestling team. The enthusiastic response of ordinary Iranians to the Americans – the first to compete in Iran since the revolution — provided encouragement for additional exchanges of athletes, artists and scholars.

The pace of exchanges waned after the US invasion of Iraq but the George W. Bush administration, in its second term, made an important decision to reach out again to Iranians even as the US government continued to object to Iran’s regional activities and accelerating nuclear program. In November 2006, the State Department restored access to its International Visitor Leadership Program, using third party partners to recruit Iranian civil society leaders and innovators in arts, culture, athletics, music, medicine, and science for four-week visits to the United States.

Since 2006, the State Department has conducted 53 such exchange programs bringing more than 500 Iranians to the US in areas including women’s entrepreneurship, climate science, seismology, ophthalmology, poetry, journalism, and dozens of other fields.  Of those visitors, over 60 percent possessed a PhD or Masters; 43 percent were women.  The visitors have also been geographically diverse, representing 43 Iranian universities from Mashad to Kerman and Zanjan.

Science diplomacy has been a particularly important element of cultural diplomacy. Working closely with institutions such as the National Academy of Sciences and the American Academy for the Advancement of Science, the State Department nurtured strong connections between US and Iranian scientists, especially in seismology, public health, environment and water management. The largest science exchange program has been supported by the National Academies of Sciences, Engineering, and Medicine in cooperation with prestigious Iranian partners. The programs have included more than 30 workshops, individual exchanges and several joint projects carried out in Iran in the fields of reducing foodborne diseases, enhancing resiliency of cities, preserving environmental landscapes and improving earthquake resistance of buildings. More than 1,500 scientists from 120 institutions have participated in these activities.

The State Department also supported a university-to-university initiative in water resource management led by UC-Irvine and a similar workshop in seismology led by the PEER Center at UC-Berkeley. Soroosh Sorooshian, a distinguished professor of civil and environmental engineering at US-Irvine, said these workshops address issues of global significance. “Improving water management in the Middle East would definitely have a positive impact on the United States,” Sorooshian said. Many of the conflicts currently destabilizing the Middle East have their roots in droughts and other adverse consequences of climate change.

Working closely with the US Olympic Committee and its 19 standing teams, the State Department also fostered sports diplomacy with Iran. From 2006-2017, the US has hosted visits by the Iranian national basketball, archery and table tennis teams. The most successful collaborations have come in wrestling and volleyball.  In the past two decades, American wrestlers have competed in Iran 15 times and Iranian wrestlers have come to the US 16 times for official competitions and goodwill meets. In 2012, the two teams collaborated with Russians to fend off an effort to eliminate wrestling from the Olympics. The relationships reach beyond the confines of formal diplomacy. American wrestlers Robby Smith and Jordan Burroughs, while not well known in the US outside wrestling circles, have been treated like rock stars in Tehran.

Despite the ups and downs of US-Iran relations, Iranians have continued to respect the US educational system. Iranian student enrollment at American institutions of higher learning has increased steadily since 2001. In the 2015-2016 academic year, 12,269 students from Iran were studying in the US — up 8.2 percent from the previous year. Iran is the 11th leading place of origin for students coming to the United States.  The majority of Iranian students in the US – 77.7 percent in 2015/16 — study at the graduate level. Last year, Iranian students contributed $386 million to the US economy, according to an estimate by the Institute of International Education.

“The quality of the students we get from Iran is among the best if not the best,” noted Sorooshian of UC-Irvine. One of his Iranian students worked with the National Oceanic and Atmospheric Administration to create the Climate Data Record Program, which uses satellite information to discover trends in rainfall and other key climate information. Meanwhile, those who return home “are in touch with their peers and carry a very positive message” about the United States, Sorooshian said.

At a time of proposed budget cuts and efforts to restrict travel from certain Muslim majority countries, it is vital to maintain people-to-people ties with Iran. The negotiations that led to the Joint Comprehensive Plan of Action are a testament to the vital role of such relations.  Most of the Iranian negotiators, including the foreign minister and the head of Iran’s Atomic Energy Organization, have degrees from US universities, providing invaluable common ground with their American counterparts and facilitating the successful talks.

As a nation that values education, Iran has continued to produce world-class scientists and artists. Americans who interact with these individuals have benefited and their joint discoveries and projects have often had global significance. It is profoundly in US national interests to maintain, nurture and expand people-to-people ties with Iran.

Lyndon B. Johnson, “Message to the President of the Iran-America Society,” May 27, 1964. Online by Gerhard Peters and John T. Woolley, The American Presidency Project (http://www.presidency.ucsb.edu/ws/?pid=26275).