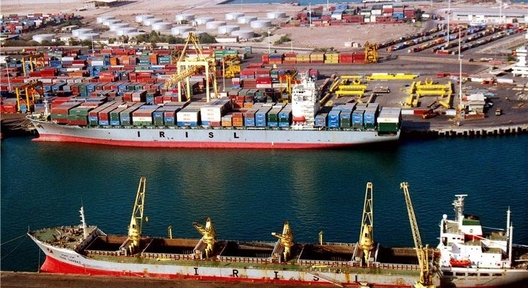 Before the Trump administration decided to target Tehran’s oil exports, Iran and India experienced a positive trend in relations.

India was Iran’s second largest oil customer, importing 457,000 barrels of oil a day before the US withdrew from the Joint Comprehensive Plan of Action (JCPOA) in May 2018. Last November, India was one of eight countries that received a six-month waiver to continue importing Iranian oil; it bought 300,000 barrels per day during this period. In April, however, the Trump administration did not renew the waivers. India announced on May 24 that it would abide by US sanctions and stop all such imports.

Energy security and resource diversification is a key pillar of Indian foreign policy. India is the third largest consumer of oil in the world and imports about 80 percent of its oil needs.

In recent months, the US has increased its own energy exports to India and signed a 20-year contract to export liquefied natural gas (LNG) to New Delhi. Iraq and Saudi Arabia are also seeking to increase their share in the Indian oil market.

India’s largest refinery, Indian Oil Corporation, this year signed its first long-term agreement to import US oil. The contract, worth $1.5 billion, covers 60,000 barrels per day (bpd) from March 2019 to March 2020. The company previously bought US oil from the spot market and signed a short-term contract in August 2018 to buy 6 million barrels of oil from the United States between November 2018 and January 2019.

According to India’s Minster of Petroleum and Natural Gas, Dharmendra Pradhan, India will compensate for the gap caused by the drop in Iranian oil imports by importing oil from other OPEC member countries. In addition, India will look to the United States and Mexico to meet demand for gasoline, diesel and other refined petroleum products.

One area of India-Iran cooperation that has so far escaped US sanctions is the Chabahar port in southeastern Iran on the Gulf of Oman. India aims to use the port to increase its influence in the region, as well as to gain more market share from Afghanistan, Central Asia and the Caucasus. India has now become one of the world’s leading exporters of goods and services. Finding a route that reduces the time it takes to deliver goods and is desirable in terms of cost and security, is a constant concern for Indian officials and businessmen. The Chabahar port can serve as a gateway to Turkmenistan, Afghanistan, Uzbekistan, Kazakhstan, Azerbaijan, Armenia, Georgia and Russia. India could also use Pakistani ports to access the Central Asian and Caucasian markets, but Chabahar is politically and economically more affordable and more reliable.

Despite India’s public acceptance of the US oil embargo, analysts believe that Indian oil imports from Iran, while significantly reduced, will not completely end. It is expected that Iran can still sell 100,000-150,000 bpd to smugglers in international waters who will then deliver this to India.

However, India oil imports are down 57 percent from April 2018. India imported about 277,600 bpd from Iran this April, down about 31.5 percent from March.

The Indian government has announced that it will postpone final decision on Iran’s oil imports until after Indian general elections. Meanwhile, Iranian Foreign Minister Mohammad Javad Zarif has held talks with his Indian counterpart, Sushma Swaraj, during his visit to New Delhi on May 14.

During the previous sanctions period, India continued to import oil from Iran and paid imported oil money with Indian currency, the rupee. It seems that the government of Narendra Modi will try to continue importing oil from Iran. New Delhi is currently mulling over plans to use Iran Pasargard Bank in India to make the transactions for Iranian oil. India is likely to buy oil from Iran with a special discount, but the main question is how it will be possible for the Indian government to pay oil money to Iran. It is important to note that during 2017 and two years after the signing of JCPOA, Iran has not received all its payments from India for exports oil during pervious sanctions.

The Modi government is interested in expanding energy relations with Iran, but without solving the money transfer problem, it will be difficult for Iran to export more oil to the Indian market. Another key issue is how much the Modi government will be able to resist the Trump administration’s pressure to cut off Iranian oil imports.

In the longer term, however, Iran needs to solve its problems with the United States to realize its energy potential. Iran’s energy sector needs more foreign technology to boost oil and gas production capacity. Otherwise it will lose its regional and global market share.

Considering that Iran’s oil buyers are finding alternatives to Iranian oil, it seems that Tehran may have a hard time recapturing its share in the oil market because of uncertainty about US sanctions. Energy diplomacy needs to be redefined and the role of energy in Iran’s foreign policy needs to be reviewed. Indian private companies have good experience and enough financial resources to contribute to the Iranian oil sector, but Iran must first resolve its disputes with the United States and improve its legal framework for foreign investment.

Omid Shokri Kalehsar is a Washington-based senior energy security analyst, currently serving as a visiting research scholar in the Schar School of Policy and Government at George Mason University. Omid is a PhD Candidate in international relations at Yalova University, Turkey. Follow him on Twitter: @ushukrik.