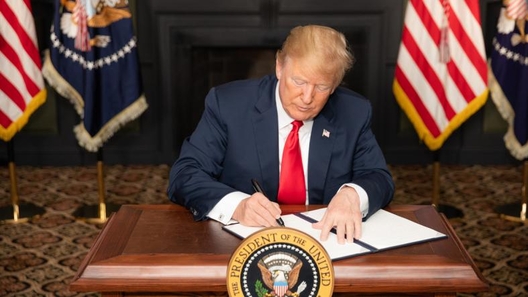 The Trump administration has put into place a punishing new wave of sanctions against Iran that targets critical components of the Iranian economy from banks to energy, shipping and insurance.

From the start of his administration, President Donald Trump has insisted that he can coerce Iran into reaching a “better deal” than the 2015 Joint Comprehensive Plan of Action (JCPOA) that would also address Tehran’s military intervention and support of proxies in the Arab world as well as its ballistic missile program. Secretary of State Mike Pompeo has gone further, issuing a dozen demands that resemble an ultimatum calling for capitulation rather than preconditions for negotiations. This much is clear: The Trump administration has decided to wage economic war on Iran to try to bring it to heel.

The net effect of these sanctions will undoubtedly leave Iran poorer. However, to think that it will force into submission a theocracy that for forty years has built an identity on resisting American hegemony lacks a fundamental understanding of what drives Iranian foreign policy and decision-making. Ultimately, Trump’s gambit will fail. Here’s why:

One stated aim of the new sanctions regime is to curtail Iran’s regional influence. The US and its allies—namely Saudi Arabia and Israel—consider Tehran a malign actor in Syria, Lebanon, Iraq and Yemen. They claim that the JCPOA made Iran richer, thereby providing Iran’s Islamic Revolutionary Guard Corps (IRGC) with additional funds to cement its power across the Middle East. Hence their desire to squeeze Iran financially by cutting its oil exports, limiting its access to hard currency and forcing it to choose: Either spend what little hard currency it can access on foreign intervention, or use the funds at home on food and medicine.

However, Tehran views its influence in Iraq and Syria as vital to its national security. Qassem Soleimani, the leader of the IRGC’s elite Qods Force, Mohammad Ali Jafari, the head of the IRGC, and most of the other top leadership of Iran’s armed forces are hardened veterans of the 1980-1988 Iran-Iraq War. That conflict and more recent attacks carried out by Syria-based Sunni jihadists in Iran are seared in these officers’ collective memories. They view Salafi-jihadi extremism as an existential threat to Shiite Iran, and while there are many in Iran who dislike Iran’s adventurism abroad and have even protested it, there are also many Iranians who view Tehran’s involvement in Syria, Iraq, and Lebanon as necessary to keep fighting outside Iran’s borders. Indeed, this mentality is not so different from that of the George W. Bush administration, which invaded Afghanistan and Iraq ostensibly to deter new threats to the US homeland.

It is important to recall that Iran created Hezbollah in the early 1980’s—at the height of its international isolation, and with its territory under massive assault from Saddam Hussein. Even while the Iranian banking sector was facing liquidity issues and food was being rationed across the country, Tehran invested blood and treasure in Lebanon.

From 2011-2015, the Obama administration slapped the most draconian sanctions in recent history on Iran—and unlike the Trump administration, it did so with support of the European Union, Russia, China and the UN Security Council. Yet Iran continued to support Bashar al-Assad in Syria, Shiite militias in Iraq, Hezbollah in Lebanon and to a lesser extent, Houthi rebels in Yemen. All while its access to hard currency and oil exports declined and its economy sank into recession. The Islamic Republic has consistently demonstrated that it can do more with less and that it will sacrifice butter for guns.

Since May, Trump’s team has repeatedly claimed that it will force Iranian oil exports down to zero. Over the last few months, a slew of administration officials have gone on record saying they would not grant sanctions waivers to importers of Iranian oil. Their purported strategy was to deny Iran oil export revenues, which account for 70 percent of its hard currency. However, this was never realistic because there is no viable alternative to Iran’s 1.5 million barrels per day of crude on the market. If the Trump administration tries to follow through on its threat to zero out Iran’s oil exports, crude oil prices could quickly jump above $100 per barrel.

Knowing this, the Treasury Department granted waivers to eight major importers of Iranian crude—South Korea, Japan, China, and India chief among them. These countries are expected to decrease imports and the waiver is only good for 180 days but it could well be renewed. Again, this strategy was employed during the Obama administration, and while it was effective in reducing Iran’s revenue, it did not stop Iran from pursuing its military interventions in the region. Rather, it spurred corruption and oil smuggling. While the Trump administration says it seeks to hurt the government rather than the people, political elites always find ways to smuggle oil. Iran’s economy will be in recession soon, but its oil exports will never go down to zero—not so long as oil is a fungible commodity.

Sanctions work best when they are coordinated and embraced multilaterally and have a clear objective. The reason why sanctions provided effective leverage five years ago was because the Obama administration had the buy-in of the international community and an attainable goal: reaching an agreement with Iran that would prevent it from developing a nuclear weapon for more than a decade.

Today, the Trump administration is largely going it alone and its demands on Iran are impossibly broad. This gives Iran room to maneuver among America’s geopolitical competitors that resent US dominance of the global financial system. Europe is now making noises that it will develop a financial platform that is essentially immune from the United States and other countries, such as China, have expressed interested in joining. Trump has developed a penchant for pulling out of international treaties, which fits into the Iranian narrative of playing victim to the American bully—and this narrative has legs and not just in Iran.

The Trump administration has just made the path to a diplomatic settlement with Tehran much harder. It has badly miscalculated the resilience of the regime and its ability to absorb punishment. It would have been wiser for President Trump not to have resorted to his usual theatrics of demonizing Iran’s leadership publicly. Instead, he could have stayed within the JCPOA while building an international coalition around Iran’s ballistic missile program and destabilizing regional intervention and at the same time pursuing quiet diplomacy with the Iranians. That type of measured, multilateral approach would have had a far better chance of delivering the “better deal” Trump claims to seek.

Amir Handjani is a senior fellow at the Atlantic Council and a fellow with the Truman National Security Project. Follow him on Twitter: @ahandjani.