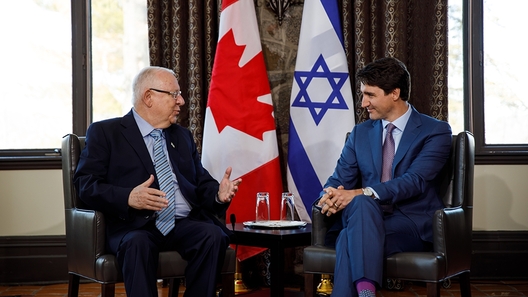 Following the Trump administration’s decision to label Iran’s Islamic Revolutionary Guards Corps (IRGC) as a foreign terrorist entity, renewed pressure is likely from members of the Conservative party and other Iran hawks in Canada for the government of Justin Trudeau to follow suit.

Already, Canada, like the US, has designated the Quds Force of the IRGC, an elite branch responsible for extraterritorial operations, as a terrorist organization. However, there has been a persistent effort by Canadian conservatives to label the entirety of the IRGC as a foreign terrorist group.

In 2017, Conservative Party Senator David Tkachuk sponsored Bill S-219 (known as the Non-Nuclear Sanctions Against Iran Act), which among a list of broad sanctions on Iran would require the Minister of Public Safety and Emergency Preparedness to recommend that the IRGC be named as a foreign terrorist entity under the Canadian Criminal Code. This Conservative bill was defeated in the Senate after a year-long debate that included testimony by multiple experts before the Senate Foreign Affairs Committee.

Shortly after the sanctions bill was defeated in the Senate last year, however, the Conservatives proposed a motion in the House of Commons, calling on the government to end reengagement talks with Iran and to list the IRGC as a foreign terrorist entity under the Criminal Code. In a surprising move, the majority Liberals overwhelmingly voted in support of the motion, which granted legitimacy to such measures to be discussed in Canada. While the motion was not legally binding by itself, since it was passed, Minister of Public Safety Ralph Goodale has confirmed that various options are being considered before formally implementing the measure in practice.

There is other external pressure on Canada to act. On April 1, Israeli President Reuven Rivlin held a meeting with Prime Minister Justin Trudeau in the Canadian capital, Ottawa, in which Rivlin encouraged Canada to declare the IRGC as a terrorist organization. With the US decision, pressure on the Trudeau government is certain to increase.

However, the Trudeau administration should consider the potentially negative ramifications of such an action on peace and security in the Middle East as well as the possibility of dragging Canada into a catastrophic US military confrontation with the Islamic Republic. Canada correctly refused to join the George W. Bush administration and participate in the 2003 invasion of Iraq and should exercise similar caution today. Adopting a hawkish policy in the Middle East is not aligned with Canada’s interests in the region and its values, which emphasize promoting peace and respect for international law.

A terrorist designation of the IRGC could also expose Canadian military personnel to potential attack. Currently, Canada has a number of ongoing military operations in the region with more than 1,000 members of the Canadian Armed Forces (CAF) serving in the Middle East, North Africa, and Southwest Asia. Under Operation FOUNDATION, the CAF directly works with United States Central Command (CENTCOM), conducting coordinated operations in CENTCOM’s areas of responsibility. This includes military engagement in Afghanistan, the Global Coalition to Degrade and Defeat Daesh (the Islamic State of Iraq and al-Sham, or ISIS) and Maritime Counter-Terrorism operations.

Given Iran’s designation of CENTCOM as a terrorist organization, in retaliation for the US move, Tehran would likely take a similar stance against Canadian forces if Ottawa follows the US and labels the IRGC as a terrorist entity. The possibility of a military confrontation between Canadian and Iranian forces would rise. A change in Canadian policy could also seriously jeopardize efforts to fight Sunni terrorist organizations such as ISIS, al-Qaeda, and their affiliates.

Such a step would also complicate Canadian diplomacy in the region—especially in Iraq, Syria, and Lebanon—where Iran has close relations with the political parties and Shia militias.

Last but not least, given Canada’s already cold relations with both Iran and Saudi Arabia, the Trudeau government should take note of Canada’s current vulnerable position in the Middle East before implementing such provocative measures. While the Liberals have failed to keep their promise to re-establish diplomatic relations with Iran, it would significantly prejudice the possibility of future ties if they compromise with the Conservatives on the issue of designating the IRGC.

Younes Zangiabadi is vice president of the Institute for Peace and Diplomacy, a Canadian think tank, and a foreign policy researcher with an interest in the Middle East. Follow him on Twitter: @YounesZangi.