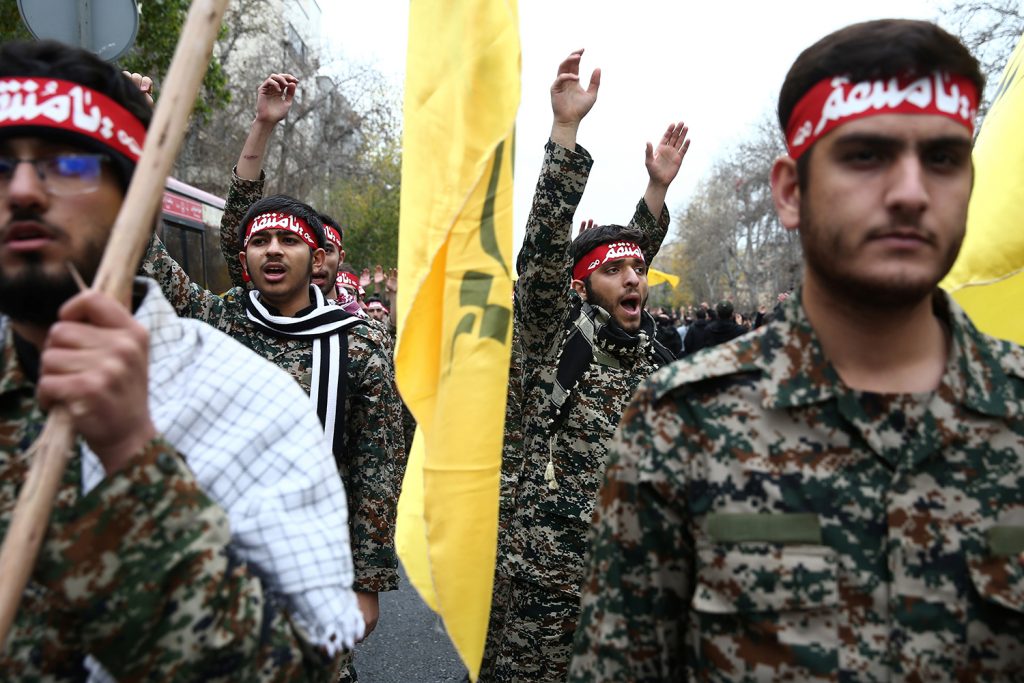 The airstrike on January 2 that killed Iranian commander Qasem Soleimani, the head of the Islamic Revolutionary Guards Corps (IRGC) Quds Force, came as a shock and represents the most aggressive US action since the downing of the Iranian passenger plane in 1988.

Soleimani was not only a military man who supervised Iran’s extraterritorial military activities, but was also in charge of Iran’s foreign policy in the region. During Syrian President Bashar al-Assad’s visit to Tehran in February 2019, Soleimani was present in a meeting with Iranian President Hassan Rouhani and Supreme Leader Ayatollah Ali Khamenei. Iranian Foreign Minister Mohammad Javad Zarif was left out of the meetings which resulted in a short-lived resignation at that time.

Many analysts and politicians believe the January 2 incident, in an increasingly tense standoff between the United States and Iran, has moved a long-simmering crisis into a new, dangerous chapter. Many argue that this could lead to an all-out war between the two countries, but will it?

The killing of Soleimani can create a vacuum in the Iranians’ armed, anti-US struggle in the region. He was a charismatic figure who spoke fluent Arabic and had long, personal relationships with all the top political, military, and paramilitary figures in the region who participated in the anti-US and anti-Israeli struggle under the banner of the “Resistance Front.” But his death has also created an extremely serious, complicated situation whereby Iran’s Supreme Leader and the radicals who have the actual power in Iran are facing the perplexing question of how they should react.

All elite Iranian military and civilian figures, from the Supreme Leader down, have vowed vengeance. “His efforts & path won’t be stopped by his martyrdom, by God’s Power, rather a #SevereRevenge awaits the criminals who have stained their hands with his & the other martyrs’ blood last night. Martyr Soleimani is an Intl figure of Resistance & all such people will seek revenge” tweeted Khamenei’s English account. So the Iranian government is trapped in a fait accompoli and has no option but to react. Inaction will destroy the stature of Khamenei and the IRGC, who over years have bragged of their superiority over US forces in the region. This weak position can also have internal consequences, emboldening the domestic opposition to take advantage of the situation and pour into the streets again.

Trump’s lack of response to the downing of a US drone in June 2019 and then, later, to the attack on Saudi oil facilities in September 2019 provided the IRGC with opportunities to brag about its military might and highlight Trump’s fear of Iran. Following the downing of the US drone, Sobhe Sadeq, the political organ of the IRGC, wrote, “Mr. Trump… in an effort to justify its fear from a war with Iran, says that he stopped the limited operations against Iran to prevent the death of 150 Iranians. But the real reason is that Mr. Trump knows well that if he strikes one he will get back ten… It was this calculation that put Mr. Trump in his place.” Ayatollah Khamenei and the commanders of the IRGC have made similar statements. This and the revenge statements after the killing of Soleimani have left the Iranian system in an awkward position that leaves it little choice but to act.

Another thing that should be kept in mind is that Khamenei earnestly avoids war. A stark example is the attack on the Iranian consulate in Afghanistan during August 1998. During the rule of the Taliban—the sworn enemies of Iranian Shias—armed men stormed the consulate in Mazar-i-Sharif and killed ten Iranian diplomats. Tens of thousands of Iranian troops massed at the border with Afghanistan, prepared for a full-scale attack on the Taliban. The Iranian Supreme National Security Council, including the even-tempered President Mohammad Khatami, approved the plan, but the Supreme Leader opposed and it was called off. Khamenei has repeatedly said that “war [with the United States] won’t happen.” During that time, in a meeting with a group of students, he said, “Not to worry. I will not let a war happen.”

So it seems that when Khamenei confidently says “We emphasize, there would be no war,” with the United States, more than the inability of the United States to conduct a war against Iran—which is what the IRGC commanders continually emphasize the Supreme Leader is referring to his strong worldview opposing any war.

Another factor that could play a role in Iran’s decision is the combustible internal conditions in Iran, where a dangerous “movement of the hungry” is in the making. The first uprising against the Islamic Republic in Iran emerged in 1981. The unrest was suppressed, followed by eighteen years of silence. The next outbreak of opposition took ten years to shape, in 2009 during the post-election protests known as the Green Movement, and the next one, during December 2017 and January 2018, only took eight years. The most recent protests took place in November 2019. The uprisings have become not only more frequent but also more intense and very violent.

Taking these facts into consideration, Iran may feel that a limited confrontation with the United States can both maintain its face and, if it is carefully crafted, can lead to the retreat of Trump. Iranians believe low oil prices are very important to the United States and its allies. Major General Yahya Rahim Safavi, one of the Supreme Leader’s military advisers, has said, “The first bullet fired in the Persian Gulf will push oil prices above $100. This would be unbearable to America, Europe, and the US allies like Japan and South Korea.”

A confrontation in the Persian Gulf could put pressure on President Trump domestically, both from political opponents and from consumers who suddenly find themselves facing high gas prices. Meanwhile, there is a good chance that Europe and China could suffer big losses as a result of high oil prices, will rush to the scene and mediate between Iran and the United States, probably in the end finding a way for Iran to suffer less from the pressure of sanctions on the condition that Iran limits its military activities in the region.

Tehran heavily counts on another factor.

The news websites close to the conservatives in Iran frequently refer to the fact that Trump is not in a position to get into a large-scale military confrontation because the unpredictable consequences of such a war could wipe out his chances for re-election.

So, Iran will likely choose to react while there is one point of hope: both sides are deeply against getting involved in a full-fledged war. But is it guaranteed that such a move will not spiral into an uncontrolled, devastating war? It’s not.

Image: Iranian soldiers gesture as they gather to mourn General Qassem Soleimani, head of the elite Quds Force, who was killed in an air strike at Baghdad airport, in Tehran, Iran January 4, 2020. Nazanin Tabatabaee/WANA (West Asia News Agency) via REUTERS