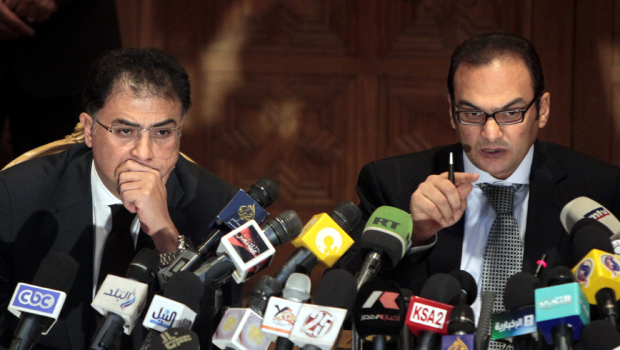 On February 15, 29 Egyptian civil society organizations issued a scathing denunciation of the government’s "politically motivated" legal assault on 43 NGO employees, debunking the myth — put forward by Minister of International Cooperation Fayza Aboul Naga and other architects of the crackdown — that Egyptians overwhelmingly view foreign-funded NGOs as a threat to national sovereignty and stability. Contradicting the prevailing wisdom, the joint NGO statement — issued by the Cairo Institute for Human Rights Studies (CIHRS) in English and Arabic — asserts, "The unethical conspiring against Egyptian civil society is in no way a national objective or in the national interest."

Although a new Gallup poll released last week found that 71 percent of Egyptians oppose US economic aid to their country, and a similar percentage oppose Washington sending direct aid to civil society groups, the new joint NGO statement sends a powerful message of Egyptian outrage with "the ongoing slandering and intimidation of civil society organizations," including those that receive foreign funding. The Egyptian NGO community’s display of solidarity with international groups targeted by the judicial inquiry lends legitimacy to growing concerns over an investigation that is clearly being driven by political motivations. The signatories of the joint statement challenged the integrity and validity of the NGO proble on several grounds:

This scathing criticism from some of the most reputable organizations in Egypt should be a wake-up call to the SCAF and interim government: The politically motivated investigation of NGOs is not only destructive to relations with the United States and its organizations in Egypt; it is also a direct assault on Egyptian citizens and an insult to domestic demands for justice and the development of democratic institutions.