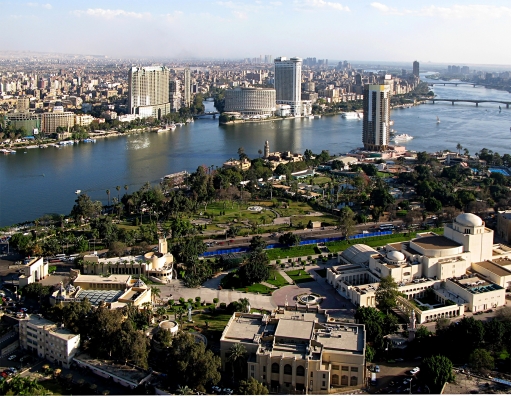 Perhaps most significant was the decision to revert the Ministry of Transitional Justice to the Ministry of Legal and Parliamentary Affairs. This ministry has been renamed several times in the past four years, most recently in 2013. After the ouster of former president Mohamed Morsi, it was changed from the Ministry of Parliamentary and Shura Council Affairs to the Ministry of Transitional Justice and National Reconciliation. The ministry was tasked with executing a roadmap established in the wake of Morsi’s ouster. The roadmap, which the government used to define its transitional period, called for Egypt to rewrite its constitution and hold a referendum, hold presidential elections, and hold parliamentary elections. The elections, the final step in Egypt’s roadmap, are scheduled to take place in October and November.

This most recent name change signals that, from the Egyptian government’s point of view, the country’s transitional justice process is over. Abdul Ghaffar Shukr, the head of Egypt’s semi-governmental National Council for Human Rights, praised the change, calling it a realistic move. He argued that transitional justice is no longer applicable to the current state of affairs in Egypt. Rather, he said the new ministry will provide a needed link between the government and parliament, and noted that the ministry can create an independent office for transitional justice if necessary. The new ministry is headed by Judge Magdy al-Agaty, who replaces former Minister of Transitional Justice and Parliamentary Affairs Ibrahim al Heneidy. Heneidy was appointed in June 2014 and had also been leading the Ministry of Justice since May. Magdy has spent more than twenty-five years in Egypt’s State Council, and in the past few years, has presided over two high profile rulings: in 2011 he overturned a decision banning members of Hosni Mubarak’s National Democratic Party from Running in parliamentary elections, and in 2012 he deemed the law governing parliamentary elections unconstitutional, ultimately leading to its dissolution.

Established in June 2014 following Sisi’s election, the Ministry of Urban Development has been merged with the Ministry of Housing. The Ministry of Urban Development was established with the goal of developing Egypt’s vast slum areas, however it seems to have suffered from an insufficient budget. In May, then Minister of Urban Development Laila Iskandar said Egypt would need EGP 813 million ($104 million) to develop Egypt’s slums. In June, a Technical Support Manager at the ministry said the eradication of Egypt’s slums would cost substantially more, about EGP 250 billion ($32 billion), and said that “these estimates are beyond the state’s capabilities.” In August, the Financial Times reported that the ministry’s budget was only $80 million (EGP 626 million). In July, Egypt’s Planning Ministry said it planned to allocate EGP 1 billion (around $127 million) of its 2015-2016 budget for projects that will develop urban slums, such as  a three year project called Egypt Without Slums. This marks a more than 65 percent increase from the EGP 600 million in the previous year’s budget. Following his appointment, new Minister of Housing and Urban Development Mostafa Madbouly, who was Minister of Housing in Mahlab’s cabinet, emphasized this budget increase and said he will follow up on various slum development projects. On September 29 he held a meeting with ministry officials to review a number of projects that had been under the purview of the Ministry of Urban Development, including Egypt without Slums. During the meeting, he stated that the Ministry of Housing has experience implementing such projects and that the new ministry will be able to expedite already existing development plans. It therefore seems that the merging of these two ministries marks an effort to streamline development projects, including the eradication of slums.

The Ministry of Technical Education was established with the goal of examining the needs of the job market and eliminating unemployment by boosting skilled labor. In July, Minister for Technical Education and Vocational Training Mohamed Youssef announced that Egypt would allocate $214.9 million for the development of vocational schools across the country over the next five years, and a project jointly funded by the UAE saw around 60 percent of 80,000 trainees absorbed into the private sector. However, at the end of August, Youssef had said that technical and vocational education in Egypt required more support to meet the needs of the labor market. That same month, employment in Egypt fell for the eighth time in nine months, and the unemployment rate for youths with university degrees hit 44.6 percent. Throughout its six month tenure the ministry reportedly never established an administrative framework, and Dr. Reza Massad, education expert and former assistant minister of education, said that the ministry had been a waste of funds and that it lacked an “educational vision.”

Meanwhile, the Ministry of Population was merged into the Ministry of Health. The ministry seems to have had little impact over the past six months, besides announcing the launch of new campaigns, ministry efforts, and long term goals. Rashwan Shaaban, Secretary General of the Medical Association, suggested that the ministry was merged because of the weak and limited role it played. It is also possible that, in the face of Egypt’s economic challenges, the merging of these two ministries demonstrates an effort to increase efficiency by consolidating ministerial responsibilities and lowering expenditures. This sentiment has been expressed by political parties following prior cabinet reshuffles, and is one that was echoed following this most recent reshuffle.

The merging of the Ministry of Scientific Research into the Ministry of Higher Education likely occurred for similar reasons of efficiency. Head of the Academy of Scientific Research and Technology, Dr. Mahmoud al-Saqr, commented that new Minister of Higher Education and Scientific Research Ashraf al-Sheihy has ample research experience and will therefore be able to manage the newly combined portfolios. Sheihy was a professor of construction engineering at Zagazig University and also held the position of acting president and vice president for graduate studies and research at the university.

Finally, the Ministry of Manpower and Immigration was separated into the Ministry of Manpower and the new Ministry of Immigration and Egyptian Expatriates Affairs. According to the new Minister of Immigration, Nabila Makram, the ministry will coordinate communication between the government and expatriates and will work to “eliminate any hurdles” that Egyptians face abroad. The new ministry seeks to increase foreign investments in Egypt and strengthen cooperation between Egyptian businesses and expatriates. Following her appointment, Makram also expressed concern about the number of Egyptian citizens illegally immigrating to Europe though Italy. She commented, “We have to exert more effort in the field of promoting awareness among people that the countries they are heading to [from Egypt] are not goldmines.” Her comments reflect the government’s focus on Egyptians as one of the sources of financing for the country’s economic recovery. Egyptian nationals’ migration to Europe draws resources away from Egypt at a time when the country is desperate for investment. Discussion of migration is in fact often framed in terms of youth migration and the lack of employment opportunities in Egypt. The Ministry is also being formed at a time when migration is of increasing concern; a draft migration bill is in the pipelines that will significant reform the country’s migration policies.

The composition of Egypt’s new cabinet seems to reflect a desire to streamline some of the ministries’ responsibilities, although time will tell whether this will engender more efficiency. More important, however, is that the new cabinet will be subject to parliamentary approval following the election of the legislative body. According to Egypt’s constitution, new Prime Minister Sherif Ismail must present the cabinet and its program to the parliament at its first session, which is expected to take place in January. Should the parliament fail to approve of the new cabinet, the majority parliamentary coalition will nominate a prime minister, who will form a new cabinet. The new cabinet, therefore, has very little time to prove itself, which makes the next three months critical.