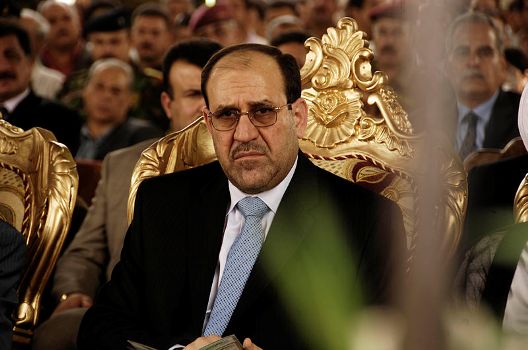 On April 30, Iraq will hold parliamentary elections featuring a total of 9,040 candidates from 142 parties, including forty-one blocs and coalitions, all competing for just 328 parliamentary seats. The result of the 2010 parliamentary elections carried Iyad Allawi’s Iraqiya bloc to a narrow electoral victory, but was eventually defeated by a coalition of majority-Shia parties to ensure a second term for Nuri al-Maliki. As Maliki seeks another four years as Iraq’s prime minister, the political scene has changed dramatically and issues, both new and old, take center stage as voters weigh their options.

Security remains at the forefront of Iraqi politics. The civil war in Syria and the transnational jihadist organizations’ activities on Iraq’s western border have exploited and exacerbated long running grievances between the local Sunni population and the central government. The lingering “de-baathification” legacy has been used by Maliki, some say, to discriminate against critics, particularly Sunnis. Following the December 2013 crackdown on the protest camp in Anbar province’s capital of Ramadi and the arrest of prominent Sunni leaders, clashes erupted throughout the province. Currently, organizations like the Islamic State of Iraq and Syria (ISIS) and other militant groups have come to temporary agreements with local anti-government militias and tribal groups. The loss of control in Anbar has threatened the rest of the country as well, with militants seizing control of the Fallujah Dam and closing off the Euphrates river. Its closure has caused flooding in some areas and extreme water scarcity in others. Elsewhere, ISIS forces and other militant groups have staged attacks in Shia neighborhoods, threatening to reignite sectarian tensions and mobilize independent militias. This recent escalation in violence has already claimed 2,650 lives since the beginning of the year.

Many of the coalitions of 2010 have since fragmented considerably. Iraqiya, which carried most of the majority-Sunni areas of Iraq has since splintered into numerous competing parties, and the National Iraqi Alliance, that comprised the largest Shia parties outside of Maliki’s State of Law coalition, has also split. These new splinters may yet rejoin or form new political alliances as electoral results create new power dynamics. However, understanding the current political dynamics can provide a basis for interpreting the social context of Iraqi politics–and its implications.

Headed by incumbent Nuri al-Maliki as he seeks his third term as Prime Minister, the State of Law coalition is predominantly Shia with Maliki’s Islamist Dawa party leading the bloc. However, Maliki has notable Sunni allies and has assembled a cadre of defectors from other fragmented parties. State of Law is running a campaign focused on security; campaign posters feature pictures of security forces and military tanks. The formerly dominating political party is expected to do well, in spite of Maliki’s alienation of former political allies. Maliki has been accused of using government apparatuses to exclude opposition candidates from the upcoming elections, notably the Independent High Electoral Commission, which briefly resigned over such issues, but eventually rescinded their resignation.

A new coalition formed by the falling out between the Sadrists and ISCI, the Citizen bloc is headed by a relatively younger cleric Ammar al-Hakim. Many of their campaign posters have featured defectors from Maliki’s party and unveiled women. The Citizen Coalition is led by the ISCI with eighteen other parties and factions, some of them secularists like Ahmed Chalabi’s Iraq National Congress. They are campaigning under the slogan “Change,” and have cautiously opposed a third Maliki term despite supporting his coalition in 2010. The Citizen Coalition won seventy-eight seats in the April 2013 provincial election, second only to Maliki’s State of Law bloc. They avoided joining the cabinet in an effort to remain removed from the government’s roving political crises. ISCI has made overtures to Iran and has lobbied them to take a neutral stance on Maliki, as opposed to the current perceived support. They have also published a political program online.

The Sadrists are competing on three separate lists, Ahrar being the primary, with the National Partnership Rally and the Elite Movement competing as well. Openly and adamantly opposed to another State of Law victory, the Sadrists fiercely oppose a third Maliki victory despite having provided support in 2010. The Sadrist movement was a part of a coalition with ISCI that aligned with Maliki to overtake the Iraqiya coalition. The Sadrists and ISCI have openly considered another political alliance in an effort to overtake Maliki. Moqtada al-Sadr himself has retired from politics, but continues to criticize Maliki, most recently for targeting Sunnis. The Ahrar coalition has been in talks to build a large base of opposition to force Maliki’s ouster, including with Kurdish parties and the Sunni Mutahidoun bloc.

Headed by enduring personality Iyad Allawi, the Wataniya bloc is staunchly secular, a key factor of the fragmentation of the Iraqiya movement. Allawi is a Shia Muslim, though the party is predominantly Sunni. The party has attempted to exclude religious overtones, cultivating a coalition of civil society activists and other members of Iraq’s secular, liberal groups. However Sunni political leadership is highly divided and Allawi is unlikely to repeat his 2010 electoral victory.

Led by current speaker of the Council of Representatives Osama Nujaifi, this list contains majority-Sunni factions and a Turkoman Sunni party, one of the parties formed due to the fragmentation of Iraqiya. Mutahidoun has a base of support among the Sunni tribes of Anbar province, many of whom are dispossessed and scattered across Iraq due to the upheaval currently experienced in the province. Mutahidoun is not running candidates in the majority-Shia south and is running as part of pan-Sunni lists in mixed provinces like Diyala and Kirkuk, preferring to focus efforts on its predominantly Sunni constituency in Anbar, Salahuddin, and Nineveh.

Yet another splinter of Iraqiya, Iraqiya Arabiya is headed by Deputy Prime Minister Saleh al-Mutlaq. Though Mutlaq is a Sunni, his popularity is limited due to his party’s participation in the 2013 provincial elections with Maliki’s State of Law coalition, despite his fierce criticism of the prime minister. Arabiya has been in talks with Nujaifi’s Mutahidoun to form a broader coalition.

This bloc includes a number of leftist parties, communists and socialists, many of whom have had limited success as individual candidates, but now form a united coalition.

Comprised of numerous figures from Iraq’s business sector, this bloc is expected to do well simply for the large amount of spending power they are bringing to their campaign. The coalition has about thirty independent entities under its umbrella. The Iraq Coalition’s leader, Shaker Kitab, is a former member of Iraqiya.

Though the KDP and PUK ran together in the Kurdish Alliance in 2010, they will compete in separate lists this year. For the Kurdistan Regional Government (KRG) in particular, reconciling local resources with national obligations continues to be one of the main sources of friction with the central government as it attempts to balance its desire for semi-autonomy without alienating the rest of the country. A major issue confronting internal Kurdish politics has been the rise of Gorran, a relatively new opposition party, at the expense of the PUK. Gorran (“Change”) was formed to challenge KRG’s two dominant parties. While the group had a modest showing during the 2010 elections, during the 2013 KRG parliamentary elections Gorran overtook the PUK as the second largest party. The upset has prevented the formation of a KRG government since the elections. What type of government that formed in Baghdad will undoubtedly inform any resolution of the deadlock in the KRG and the KRG provincial elections that will run concurrently. The Kurds have also long lobbied the central government to incorporate–i.e., pay–its peshmerga security forces, which it has only partially implemented. Kurds are adamant about their autonomy, to the point of causing serious friction with Baghdad over attempts at international agreements–specifically exporting oil to Turkey.

The legitimacy of the upcoming elections in Iraq will largely depend on the government’s willingness and capacity to ensure that those of its currently disenfranchised populations will have a voice. The current security situation in Anbar province has not only prevented candidates from campaigning, but will also prevent elections from being held in parts of Ramadi and all of Fallujah. The Independent High Electoral Commission has promised to ensure voting rights to internally displaced persons; to what extent this effort is successful will greatly affect how Sunnis in Anbar and elsewhere view the legitimacy of the election. Election observers will be essential in assessing these efforts and ensuring the legitimacy of the elections given the sensitive political and security contexts.

Another key concern is the lack of political programs and platforms from the various coalitions, with many groups choosing to rely on regional, ethnic, and sectarian constituencies to propel their campaigns. This phenomenon previously resulted in national unity governments with various ministerial appointments being doled out to appease specific constituencies and consolidate political loyalty. Consequently, ministers have typically and consistently failed to confront Iraq’s myriad political, economic, and social problems.

Image: Prime Minister of Iraq Nuri al-Maliki listens to an opening speech during the Sarafiya bridge opening in Kadhimiya, Iraq in 2008. (Photo: Wikimedia)