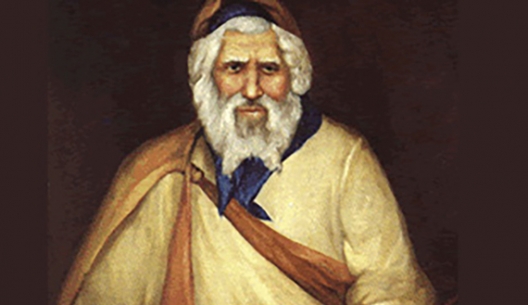 The Abu Hasira Festival, an annual celebration in Egypt commemorating the birth of a Moroccan Rabbi, was canceled permanently by court order in December 2014. The Alexandria Administrative Court, which issued the verdict, cited “moral offenses” as the main reason for cancelling the festival. It also ordered the removal of the shrine from Egypt’s list of historic monuments, and refused Israel’s request for the transfer the rabbi’s remains to Jerusalem. The ban can only be reversed if a higher court overturns it on appeal. While the verdict was generally welcomed by Egyptians who oppose normalization with Israel, and by residents of the village in particular, apprehensions about its implications for religious freedom and cultural diversity have surfaced. Reactions to the verdict have also been highly politicized, revealing the widespread overlap in Egyptian perceptions of Jews and Zionists.

Abu Hasira, or Yakouv bin Massoud, a nineteenth century Moroccan rabbi died in 1880 in the Beheira village of Damitu, where he was buried. His tomb has since become a pilgrimage destination for Jews from all over the world, with annual official trips from Israel starting after the 1979 peace treaty.

Controversy surrounding the Abu Hasira Festival is certainly nothing new in Egypt. Egyptian courts issued similar verdicts in 2001 and again in 2004 calling for the festival to be canceled, but authorities never implemented the orders. In fact, the Minister of Culture Farouk Hosni listed the tomb as recognized monument that same year. In 2009, Israeli pilgrims were denied entry to Egypt for the festival as Israel was in the midst of Operation Cast Lead, a three week offensive against Gaza. Celebrations were also canceled in 2012, under the then-ruling Supreme Council of the Armed Forces. At the time, the Muslim Brotherhood channel, Misr 25, reported on “human chains” preventing “the nightmare of Zionist crowds” from reaching the shrine. At least thirty-one parties announced their support for the campaign.

Much of the controversy links back to security measures put in place each year during the festival. Alaa al-Khayam, a member of the Bloggers against Abu Hasira, launched in 2007, declared his support for the verdict, adding that he, and his group, are not opposed to the right of religious groups to practice their rituals. “We oppose the Jewish festival because it turns the area into military barracks to protect the Jews and halts all aspects of life,” he explained. Residents of the village told local reporters in 2013 that they were subjected to house arrest during the festival.

Journalist Mahmoud Doweir, however, linked the cancellation to the Egyptian revolution. “No Zionists visited the shrine since the revolution took place,” he said. “Israel claimed that the security situation was the reason, but the truth is that the revolution uprooted the Zionist presence in Egypt.” Multiple campaigns against the festival organized protests, in what Doweir described as “efforts to reject cultural normalization with Israel.” The verdict, he said, was a reward for those efforts.

General Farouk al-Maqrahy, a security expert and former Member of Parliament for the Beheira governorate, saw the verdict as a victory which honored the demands of most Egyptians. “Political factions and residents of the village have long called for the festival to be canceled since the pilgrims are usually involved in activities that violate our values and traditions,” he said, in reference to reports that Jewish devotees visiting the shrine allegedly drank alcohol during the celebration. Maqrahy also refused to acknowledge the site as Jewish. “This is neither a shrine nor a monument. It is just an excuse to desecrate Egypt. There is even a possibility that Abu Hasira was not Jewish at all,” he alleged.

Madga Haroun, head of the Jewish community in Egypt, condemned the verdict as unconstitutional. “The Egyptian constitution gives every religious group the right to practice its rituals,” she said. “Abu Hasira has a special place in the heart of Jews and they have the right to visit his grave.” Haroun voiced her concern that crossing the shrine of the monuments’ list might eventually lead to its demolition. She also explained that heightened security during the festival was mainly the result of cultural and intellectual problems. “This happens because people do not know the difference between Judaism and Zionism. Abu Hasira lived and died in the nineteenth century, a long time before the creation of the state of Israel.” Haroun, however, supported the court decision not to hand Abu Hasira’s remains to Israel. “Abu Hasira had nothing to do with Israel or the Zionist project, so Israel does not have the right to claim his remains.”

Said Okasha, an Israeli studies expert at al-Ahram Center for Strategic Studies, argued that the verdict will tarnish Egypt’s image abroad, particularly since it is political in essence. “The issue of the festival has always been tackled politically,” he said. “Now after the verdict, it will be much easier to accuse Egypt of anti-Semitism.” Okasha added that the shrine and the festival belong neither to Jews nor to Israelis, but to Egyptian heritage. “Jews, like Muslims, Christians, and Pharaohs are part of Egyptian history. There was too much fuss around the festival and the issue has grown out of proportion.”

Mina Thabet sees the verdict as the further deterioration of Jewish heritage in Egypt. “We are on the verge of losing an important component of the cultural diversity we have always been proud of,” he wrote in his article “An apology to Jews.” Thabet argued that unless Egypt takes immediate steps towards redressing this mistake, it can no longer claim to be a civilized nation.

Even though this controversy, no stranger to Egypt’s courts, has existed for years, the finality implicated in the verdict makes current concerns more real than before. Egyptian people’s tendency to equate between Judaism as a faith and Zionism as a political project is not likely to change any time soon. Abu Hasira is another casualty.