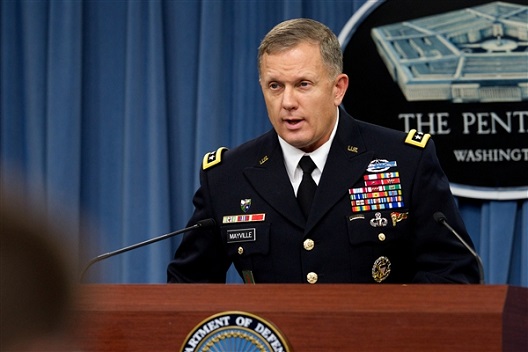 The decision of the Obama administration to strike Islamic State targets (as well as some associated with another al-Qaeda derivative) in Syria is laudable. The participation of multiple Arab partners is commendable: the fight against this vacuum-filling band of murderers, torturers, and thieves is, in its essence, an Arab fight against pagan barbarism. To the extent, however, that the number one catalyst of state failure in Syria and the consequent rise of the Islamic State—the Assad regime—is permitted to enjoy the role of honored guest at the kinetic proceedings, the entire enterprise will boil down to the political-military equivalent of one hand clapping.

Blowing up Islamic State-related targets in Syria has intrinsic merit. Yet so long as the Assad regime exists, Syria will be fertile ground for jihadists and other criminals sporting political agendas. One can pile the jihadist bodies high while bringing down buildings and interdicting convoys. Yet the vacuum of state failure filled by the Islamic State will not be plugged until an inclusive national government in Syria replaces an Iranian- and Russian-abetted family business.

Media reports and commentary related to the first wave of strikes in Syria are often laced with irony about the Assad regime being the main putative beneficiary of Tomahawk missiles and other ordnance raining down on its alleged terrorist enemy. One reads about the Assad regime’s specious claims about coordinating matters with the United States-led coalition—claims inadvertently facilitated by an official US notification of forthcoming strikes to the regime’s United Nations representative. In this regard, the most owed by Washington to the regime was a warning: any anti-aircraft site locking onto a coalition aircraft will be destroyed; any regime military aircraft in the skies above Syria during coalition air strikes will be shot down.

That which the media seems to overlook in much of its coverage is something absolutely vital: the fact that regime forces and those of the Islamic State prey on a common enemy in western Syria, namely the nationalist opposition to the Assad regime. The Obama administration has correctly identified these nationalist rebels as the nascent anti-Islamic State military ground component in Syria. The regime wants them gone because they represent genuine opposition to it. The Islamic State wants them gone because it wants no rivals in the predominantly Sunni Arab parts of Syria. The Islamic State sees the Assad regime for exactly as it is: a corrupt, spent force utterly dependent on Iran and foreign Shia militias. Yet, the regime is value added to the Islamic State so long as it bombs, shells, and besieges residential areas where nationalist rebels are present.

The Assad regime and Iran have every reason to applaud strikes on the Islamic State in Raqqa and to the east: it costs them nothing, and airstrikes in the far east of Syria presumably can damage the ability of the Islamic State to sustain operations in Iraq from rear areas in Syria. Yet Tehran and its client will not want to see the US-led coalition hone-in on Islamic State targets in western Syria, where the forces of the self-proclaimed caliph work in tandem with the regime to kill off the nationalist rebels.

It may well be that engaging potential Islamic State targets around Aleppo and elsewhere is problematical in terms of target identification, collateral damage, and the like. Still, left to their own devices, the Islamic State and the Assad regime will work together—either tacitly or explicitly—to remove the anti-Islamic State military ground component identified by President Obama. This would presumably be unacceptable to the United States.

Helping the nationalist opposition survive the combined ministrations of the Assad regime and the Islamic State is table ante for engaging in the ultimate contest: overcoming state failure in Syria so that phenomena like the Islamic State will have no place to grow and prosper. Even as the world averts its gaze from regime barrel bombs, starvation sieges, and mass incarceration and torture, strikes against Islamic State forces in western Syria will hurt the Assad regime and disappoint Iran. In the end, however, what can they say in terms of objection?

If overcoming state failure in Syria is the end game, moving against the Assad regime is unavoidable. Bashar al-Assad is the caliph’s recruiting sergeant. Iran knows this, but thinks it needs Assad in western Syria to keep Hezbollah fit to fight in Lebanon. Russia knows it too, but apparently, President Vladimir Putin has a larger point to make about the survival of Moscow’s clients, no matter how unattractive they are. The West has been feckless with respect to Assad, and regional powers have—in the absence of US leadership—pursued policies of narrow self-interest. All of that must change, and perhaps the requisite change has begun.

Helping the nationalist opposition inside Syria survive is job one. Helping the Syrian National Coalition and the related interim government implement their “Back to Syria” initiative is job one-point-five. If there is to be an effective anti-ISIS military ground component, it simply must have a secure and expandable enclave from which to operate in northern Syria. The role of Turkey—with full, unambiguous US backing—in helping the nationalist opposition secure this enclave will be vital. The Assad regime and the Islamic State will do everything in their joint and respective powers to create a Levantine Bay of Pigs if the Syrian National Coalition abandons Istanbul for Syria itself.

To insist that nationalist forces enjoying coalition support fight the caliph and ignore the very regime whose actions brought the caliph to Syria is to create a false and destructive dichotomy. The Assad regime and the Islamic State are two sides of the same coin that has purchased Syria’s failure as a state. It is not an accident or a coincidence that these two sides are working frantically to destroy the same enemy: the nationalist enemy that presents an alternative to each.

The road to legitimate, inclusive governance for all of Syria will be long and hard. The journey should commence with the clapping of two hands: not just one.

Image: Army Lt. Gen. William C. Mayville Jr., director of operations for the Joint Staff, describes the airstrikes U.S. and coalition forces conducted on ISIS targets in Syria and Iraq during a press briefing at the Pentagon, Sept. 23, 2014. (Photo: US Defense Dept./Casper Manlangit)