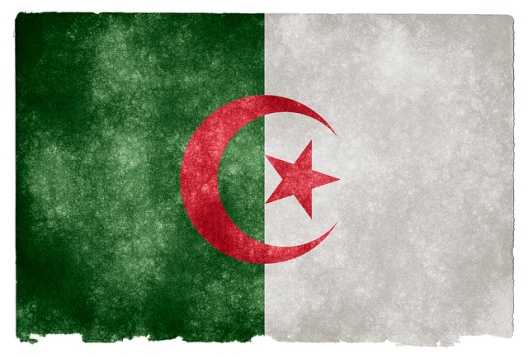 After months of speculation about Algerian President Abdulaziz Bouteflika’s deteriorating health and predicted incapacity to run the country, Bouteflika has demonstrated he cannot be written off quickly or lightly. Countering rumors regarding his retirement from politics, he undertook a series of steps to marginalize potential rivals by appointing loyalists to key posts and ensured his standing in the coming presidential elections scheduled for April 2014. Increasingly, there had been a growing demand among Algerians for some action because Bouteflika’s health-related absence resulted in political paralysis and gridlock between various factions of the Algerian elite while the country’s social fabric, economy, and politics continued to deteriorate. Bouteflika’s recent reshuffling may have jolted the political stagnation, but his actions are mere political maneuvering among elite rivals, nothing more. The latest moves are all part of a game of influence played only by members of the upper echelons of society, with practically no impact on the Algerian masses who await a legitimate response to their needs and grievances.

Since his first election to power in 1999, Bouteflika has tried to assert his power and systematically increase his influence throughout the country. His behavior has prompted two different readings of events. On the one hand, some see Bouteflika and his clan as part and parcel of the industrial-military establishment, integrated into the power structures and working with the security apparatus to advance personal interests and increase power vis-à-vis outside groups. On the other hand, some focus on the polarization and ensuing power struggle between the president’s clan and the entrenched security apparatus (led by the head of the intelligence and security agency Departement du Renseignement et de la Sécurité (DRS) General Mohamed “Tewfik” Mediene).

Most analysts have viewed the recent actions of Bouteflika through the latter lens, interpreting the reshuffle as a reaction to the attack launched by his rivals against his supporters. First among these offenses are the numerous corruption probes undertaken by the judicial police (part of the DRS) against individuals among the president’s clan. This includes high-level officials in the state oil company Sonatrach and investigations against the former oil minister Shakib Khelil, a well-known Bouteflika crony who was forced to go into exile. In a country awash in oil revenue and where corruption is pervasive, the significance of such probes is not lost on those who seek to maintain their grip on power.

Bouteflika’s offensive has a two-pronged objective: first, to ensure control over the institutional and political establishment, especially in the lead-up to the spring 2014 elections; and second, to undermine the strength and power of his political rivals. To achieve the first, Bouteflika appointed his longtime supporter and foreign affairs minister, Mourad Medelci, as president of the constitutional council. Two other loyalists, Tayib Belaiz and Tayib Louh, have been appointed ministers of interior and justice, respectively. Since these three institutions are in charge of overseeing the elections, Bouteflika has placed friends in the right places, ensuring technical control of the process. Earlier, in order to solidify control of the majority party, the presidential clan ensured that loyalist Ammar Saidani was elected secretary-general of the National Liberation Front (FLN), while six hostile FLN ministers were substituted by more loyal figures. In an effort to achieve the second objective, Bouteflika appointed army commander General Ahmed Gaid Salah to the post of deputy defense minister, making him effectively the second most powerful man in the country. More importantly, three key units of the DRS – the army’s communications bureau, the central security agency, and the judicial police force – have been removed from Mediene’s control and placed under Salah’s command, effectively reducing the power of the head of the intelligence and security agency.

All of this activity has stirred speculation about what is really happening. Some say that the ill and weakened Bouteflika is being manipulated by his brother Said and other members of his entourage. Others say that Bouteflika is still largely in control and capable of decision making. It is irrelevant to debate which of these holds true. What is more important is that most of these subtle political moves are actually superficial. They have no depth or impact on the population, which remains largely apathetic and disenchanted, albeit worried and restless.

The real political crisis in Algeria is embodied in the very lack of substance in the latest reshuffle: the old elite, which touts legitimacy from its participation in the war of liberation, clings to power as forcefully as it has for the last fifty-two years. This political class has isolated itself, insulated and disconnected from significant evolutions in the country. An estimated 88 percent of Algerians were born after independence and have tremendous economic and social grievances that need to be addressed with more than just cash handouts, which is how Algeria has so far managed to get through the Arab spring. The violence and repression that the old guard used to crush Islamists in the 1990s cannot be replicated at a time when young Algerians, especially those who have no memories of the civil war that could temper their growing agitations and pursuit for social justice, are more globally connected. Algerian authorities are using unsustainable tactics to quell social discontent, and while it may be a few years down the line, they could be in for a rude awakening about how rapidly and unpredictably demographic changes will obligate more than just superficial cabinet shuffles.