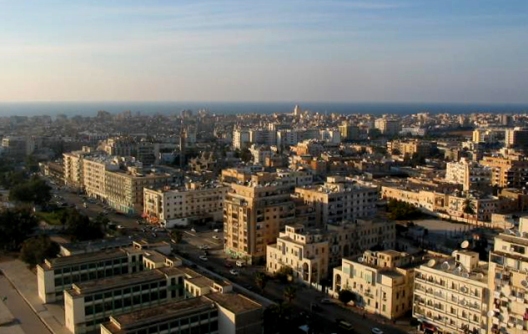 Leaders of the new Libya have never articulated a way forward for the nation. In the absence of a unifying goal, the state is devolving into a zero-sum battle for oil wealth among tribal, religious, and municipally identified groups. This devolution is exacerbated by several factors, but primarily it is a fight over resources. Libyans were enraged at the gross inequity of the Qaddafi regime and in the absence of a credible post-revolution plan to fairly distribute the oil revenue myriad groups seek to use force to ensure that they receive their share. As economic grievances are at the heart of Libya’s insecurity, the security situation cannot be resolved by military means alone. The national government needs to present an economic plan to break the zero-sum thinking currently gripping the country and open the way for reconstruction and reconciliation efforts unencumbered by financial disputes. Most immediately, a clear economic vision is needed to help the citizenry cajole the militias into lifting their blockades of oil exports.

The Qaddafi regime was characterized by dysfunctional centralization and a web of capricious bureaucratic entities designed to obscure and divert the path of the oil revenue at every turn. The regime created a hugely bloated public sector including hundreds of thousands of patronage positions awarded based on the regime’s whims. Estimates of the number of teachers in Libya, a country of approximately 6 million people, start at 400,000. In many cases “employees” did not actually have to go to work to receive their paychecks. An array of government funds ostensibly created to provide social welfare payments to retirees and the poor in fact funneled much of their monies to regime loyalists. Massive corruption in public infrastructure spending, especially within the many state-owned enterprises, provided another means by which the regime steered public funds to cronies. Even gasoline subsidies that benefited all Libyans fueled millions of dollars in trans-border smuggling, control of which was awarded to tribes loyal to the regime. For the most part, this system remains intact incentivizing militias to try to grab the oil revenue before it can reach Tripoli. Fortunately, most citizens are not prepared to settle for a warmed-over version of the bad old days with the militias simply replacing the Qaddafi family as those who siphon off funds.

The national leadership has a huge opportunity to rally the public behind a clear plan to realize the fair distribution of oil revenue among all Libyans. In order to work such a plan needs to be the opposite of the inherited Qaddafi economy. It needs to be transparent, decentralized, simple, and empowering of the private sector. Most importantly, the public needs to understand and support the plan because the public is the only source of power that can trump the militias, as events in late November demonstrated.

The first step is well known. There must be transparency in the public finances, especially as pertains to oil revenue. The country’s revenue, budget, and expenditures should be published online.

Second, money and the authority to allocate it should be transferred to local governments for local administration like garbage collection, infrastructure repairs, local police, etc. This policy may seem obvious, but in Libya everything has been dysfunctionally centralized for so long that nearly all local affairs require Tripoli to sign off. The national government and even some foreign governments routinely propose a national police force and even a national garbage collection contract. These ill-conceived attempts to centralize resulted in a collapse of municipal services across the country. Restoration of these services by adequately funding and empowering local levels of government would quickly boost the credibility of the national government.

Third, the national government should establish ongoing oil revenue sharing payments for all citizens based on family size. The purpose of these payments would be to replace the opaque and unfair web of patronage jobs, “social fund” payments, militia salaries, and subsidies that currently supply the incomes of most Libyans. Once these payments are established and have been paid out for several months, the government should freeze payments from the social funds, begin the process of firing extraneous public sector employees, eliminate all subsidies, and wind down militia salaries. This will be politically difficult, but if the payments are sufficient to offset all losses other than the exorbitant militia salaries it should be possible. Simple, direct payments will be much cheaper for the government than the grossly corrupt and inefficient system they would replace, so there should be more money to ultimately distribute.

Fourth, hire a program manager to sort out the infrastructure contracts mess and get legitimate projects back on track. The flooding in Tripoli in early December that inundated cars on highways demonstrated the importance of infrastructure improvements. The government signed a contract with US program manager Aecom on December 5, but needs to move to the implementation phase swiftly before success can be declared.

Fifth, legalize the private sector. Qaddafi-era laws were so restrictive as to practically outlaw private enterprise. In some cases, post-revolution laws are bizarrely even more restrictive. The government needs to acknowledge that it lacks both the capacity and the probity to micromanage the private sector. It should lift most restrictions on business and domestic and foreign investment, not launch ill-conceived new programs in support of platitudes relating to economic diversification and entrepreneurship. Certainly, both are good principles, but they are the provinces of the private, not the public sector. The government will be strongly tempted to maintain and expand “Libyanization” requirements including minimum percentages of Libyan investment and employment in foreign investments and infrastructure projects. These policies have a poor track record worldwide and mandate levels of private investment capital and skilled labor that do not now exist in Libya. The government would inevitably be the sole possible source of the mandated Libyan investment capital and end up owning most projects. In the absence of skilled workers, the minimum required jobs for Libyans would be filled through patronage with workers who would not be expected to show up. That is not a new Libya.

These are dramatic steps, but the public wants revolutionary change and these reforms drastically simplify governance and, once carried out, radically reduce the demands on the weak national government. These reforms would also break the zero-sum politics of factions fighting over spoils concentrated in government ministries in Tripoli, while aligning resources more closely with the local authorities that actually wield power in Libya today. As it has since the revolution, success depends on leadership. Someone—Prime Minister Zeidan or someone else—has to declare a credible economic vision to the people and seek to implement it in the face of inevitable opposition.

Nate Mason, former Commercial Attaché for the US Embassy in Libya, is the founder of Mason Trade Strategy LLC. He also served as the North Africa Desk Officer at the US Department of Commerce.