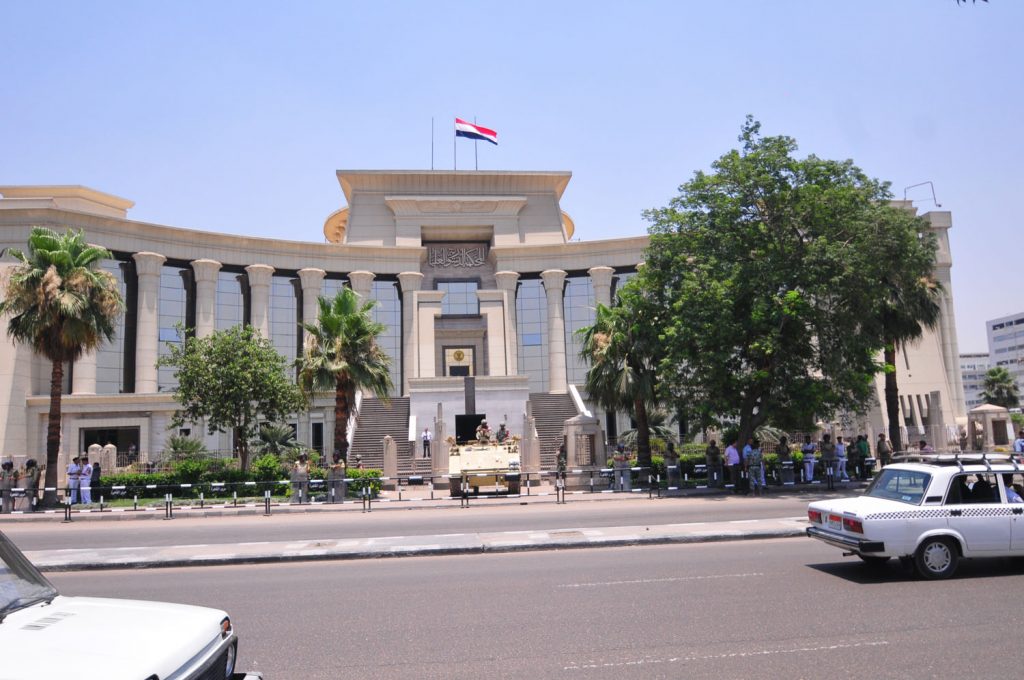 It’s been twenty two months since the Egyptian revolution was sparked in Tahrir Square. Despite the many achievements and positive results to come out of those 18 days, several crises have accompanied this difficult period in Egypt. Astute observers of current affairs will no doubt be aware of the significant negative repercussions the post-revolutionary period has had on the Egyptian judiciary. Despite the many problems related to the ‘Administration  of Justice,’ the judiciary is highly respected by the Egyptian public. To the astute observer, it is also easily noticeable to see that, as a result of mistakes committed in the recent past, the Egyptian judiciary’s status has diminished to a certain degree.

In the past, the Egyptian judiciary was known to keep its distance from the political arena. As of late, Egypt’s judicial body and its judges have been dragged into the world of politics, with all of its complexities and political calculations, a change that has had considerable consequences.

In terms of the public judiciary, their foray into the world of politics was a direct result of their involvement with the Attorney General, playing a part in investigating protester killings in the January uprising and corruption cases that emerged in the wake of the previous regime’s collapse. The criminal courts were quickly embroiled in politics next when these cases were referred to them, the majority of which led to acquittals for the defendants. These acquittals were met with resentment at times, and furious public outrage at others, particularly in response to the June 2 ruling, the day on which Hosni Mubarak was sentence, and a day on which a new slogan emerged among protesters: “The people want the judiciary purged.”

After conducting investigations, the Attorney General turned these trials over to the criminal courts, which then applied standard laws and ordinary procedures to cases that occurred at a time in Egypt’s history that was, and continues to be, anything but ordinary. Never was there a more obvious disparity between Egypt’s revolutionary aspirations and the harsh reality of SCAF’s failure to provide the means for ‘transitional justice’.

As a result, and with its slow pace in keeping up with popular demands, the judiciary found itself a victim of a rift caused by the executive authority’s failure to intervene decisively in order to achieve one of the key goals of Egypt’s transitional period: justice. This failure left the judiciary to chart a course to transitional justice alone, a burden it would not have carried by itself had the political leadership done its duty in properly steering Egypt’s transition forward.

The Supreme Constitutional Court’s ruling to dissolve the People’s Assembly was viewed by some as a political decision, taken at a time when the court should have distanced itself from this particularly sensitive issue, either by simply postponing the case until after the transitional period, or refusing to consider it. The same can be said for the Administrative Court or State Council, issuing several rulings of a political nature, most noticeably one which led to the dissolution of the first Constituent Assembly.

The judiciary’s politicized role was met with several significant and precarious responses from President Mohamed Morsi. His first, and immediate, response was an attempt to reinstate the dissolved parliament on July 14. His second response was to dismiss the Attorney General on October 13, a failed attempt to indirectly sack him by appointing him Egypt’s envoy to the Vatican. The November 22 Constitutional Declaration was Morsi’s most decisive response, a decree which violated the judiciary’s independence and undermined its very foundation in an unprecedented manner.

There is no doubt that significant mistakes were made by all involved, but it is unacceptable to attempt to rectify these mistakes by committing far greater ones. It is necessary for all to assess their own actions during this extraordinary time in Egypt’s history. For his part, the president must annul his November 22 decree. He must also realize that in order to change a judicial system that has been in place for decades, he must take a soft approach, complete with carefully measured steps. Decisions must be made under normal conditions using democratic means, rather than resorting to exceptional laws.

Yussef Auf is an Egyptian judge and 2012 Humphrey Fellow at American University’s Washington College of Law.