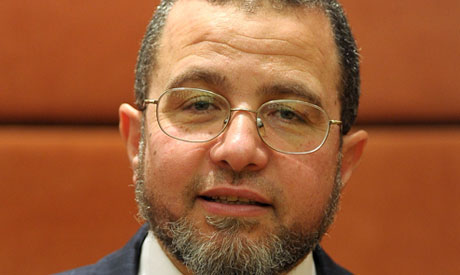 One of the most common initial reactions to the appointment of Hesham Kandil as Egypt’s first Prime Minister following the election of President Mohamed Morsi has been to ask who he is. While relatively unknown to the general public, Kandil has already distinguished himself as the youngest Prime Minister to date. He is no stranger to Egypt’s current cabinet, appointed Minister of Irrigation and Water Services by former Prime Minister Essam Sharaf last July, and continued to serve in Kamal Al Ganzouri’s cabinet. He also recently accompanied Morsi during his visit to Ethiopia.

Kandil , a water and irrigation engineer with a PhD from the University of North Carolina, does not belong to any political group and fits the criteria of a technocratic Prime Minister. As Al Ahram Online points out, he also fits the bill of the Freedom and Justice Party’s own prerequisites for Egypt’s first post-election Prime Minister: He is under the age of 60, has no political affiliations and has experience in public administration and economics.

On the surface, the choice seems to be one that appeases all, not just the Freedom and Justice Party, and while the conservative Salafi Nour Party has welcomed the appointment, some secular politicians have taken a more cautious approach. Many say it is too early to judge, but they have criticized the lack of transparency over the choice, feeling the secrecy is cause for concern.

Others have simply rejected the appointment; a common reaction among secular politicians seen first with the reinstatement of parliament, and now with the impending cabinet, has been to abstain from participation altogether. The Social Democratic Party’s Emad Gad has announced that his party will play no part in Morsi’s cabinet, wanting to leave the responsibility entirely with the Muslim Brotherhood.

In addition to Kandil’s age, his education and his political affiliations, another topic of discussion that has emerged today with the appointment has inevitably been his beard. A fixation on whether or not an independent politician sports a beard, and what that means about his political affiliations has become a regular part of daily Egyptian discourse. Kandil’s so-called ‘Islamist background’ has already been discussed, in particular in reference to a 2011 Al Jazeera interview in which he said that he grew his beard out of a sense of religious duty.

An Islamist politician or not, some, including Emad Gad, feel that it is inherent to the very acceptance of the position that the candidate would be viewed as the ‘Muslim Brotherhood’s Prime Minister’. Many other names floated as possible candidates are believed to have turned down the position, knowing that true power would not lie in the Prime Minister’s hands. Kandil is seen as easily toeing the Brotherhood line, and possessing a similar ideology as the group.

Add the fact that SCAF has co-opted many of the President’s own authorities, and the shortcomings of the Prime Minster post become more apparent, with Morsi and Kandil in a position of ‘negotiating’ rather than appointing the Minister of Defense.

Looking at Kandil’s actual personal experience, it falls in line with Morsi’s second international visit in which he went to Ethiopia, placing additional emphasis on the importance of renewing Egypt-Africa ties that suffered during Mubarak’s reign. A Prime Minister keyed into the pressing interrelated issues of Egypt’s water supply and Africa ties could hint at the direction that Morsi’s term could take – in which he will be paying attention to both the Gulf region and the African continent.

In addition, much ignored environmental issues could stand to gain from Kandil’s appointment, with his awareness not only of Nile Basin issues, but of issues such as concerns over rising sea levels and saltwater intrusion in the Nile Delta, affecting both agriculture and the economy.

Morsi, and now Kandil, face a significant challenge in forming Egypt’s National Unity Government, with Kandil announcing his intention to form a technocrat government. With SCAF and the FJP’s expectations playing a role in selections, and some secular politiicans distancing themselves entirely from the process, it remains to be seen how the National Unity Government will play out.