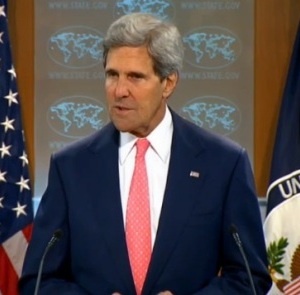 As President Barack Obama faces the complex emergencies developing in the wake of the most recent chemical weapons attack in Syria, his administration is carefully weighing options and Syria, the Middle East, and the world awaits his response. Atlantic Council experts weighed in with their perspective on potential US policy options and analysis of this tense and rapidly escalating conflict. In an interview on August 28, Atlantic Council Vice President and Director of the Scowcroft Center on International Security Barry Pavel and Atlantic Council Hariri Center Visiting Fellow Faysal Itani debate and discuss the possibility of a coalition to confront Bashar al-Assad’s regime, appropriate US objectives in Syria, the consequences of military intervention, and the chances for a political resolution.

This video was originally published on the Atlantic Council’s New Atlanticist blog.