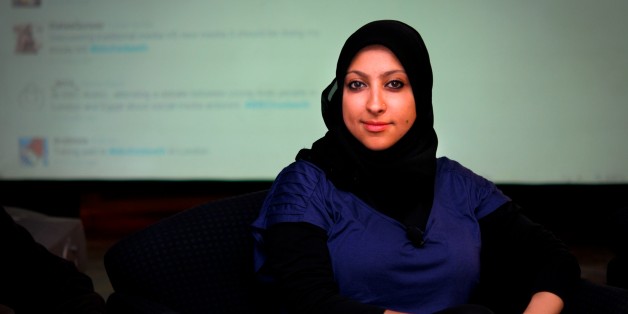 Bahraini human rights activist Maryam Abdelhadi al-Khawaja, barred from entering Egypt earlier this week, has written an open letter to Egyptian president, Mohamed Morsi, protesting her treatment at Cairo Airport. The letter came mere days before Morsi’s speech at the Non-Aligned Movement Summit (NAM) in Iran, during which any mention of Bahrain was notably absent.

Al-Khawaja details her experience at Cairo Airport, from being told that she would not be granted entry to Egypt for “top secret reasons” that were a “matter of national security and intelligence” to being threatened with forcible deportation to Bahrain.

This is not the first time al-Khawaja has faced this kind of treatment at Cairo Airport, when during her last visit in April 2012, she was stopped. Following intervention from her lawyer and Egyptian activists, she was eventually granted entry. She writes, “A police officer candidly admitted to me that I was eventually allowed in because according to him, there were protests going on in Egypt – which is not the case this time around.” Instead, this time al-Khawaja, who is the daughter of prominent human rights activist Abdelhadi al-Khawaja currently serving a life sentence in a Bahraini prison, found herself on a plane bound for Copenhagen.

“In pre-revolution Egypt, authoritarian regimes like Bahrain found a diligent ally in Egyptian intelligence as they sought hinder the movement of human rights defenders. Such regimes, and others, eagerly outsourced their harassment to former Egyptian dictator Hosni Mubarak. Back then, it was always a risk for Bahraini and Arab human rights activists to travel to Egypt because of the former regime’s commitment to fellow dictatorships.

Not long ago Mr. President, you were personally on the receiving end of these arbitrary and unjust practices as a dissident. I respectfully ask you today sir as a fellow Arab: How can such blatant disregard for the law and basic human dignities continue under your watch?”

The letter to Morsi was written a few short days before he spoke at the Non-Aligned Movement (NAM) Summit in Tehran. In his speech, Morsi praised the popular uprisings in the region, lashing out at the Syrian regime, and called it an “ethical duty” to support the struggles of the Syrian people, while calling for support of the Palestinian people as well. Conspicuously missing from his speech were any references to Bahrain, even if Iranian media would have its viewers think otherwise, replacing mentions of Syrian with Bahrain. But not only was there no mention of Bahrain in Morsi’s speech – the Ministry of Foreign Affairs went to great pains to clarify the fact that Morsi did not mention the small Gulf kingdom at all.

It is likely that ignoring Bahrain was a nod to Saudi Arabia, as the latter was actively involved in suppressing the Bahraini movement, sending forces to its neighbor in March of last year.

The reality remains that Bahrain was not mentioned and the Arab Spring’s effect in Egypt has not extended to Gulf activists, who continue to face the same treatment they witnessed under Mubarak. The Arabic Network for Human Rights Information (ANHRI) released a statement following al-Khawaja’s deportation saying, “Denying Maryam al-Khawaja entry to Egypt…brings us back to the days of Mubarak and SCAF, and tarnishes the image of the Egyptian revolution.”