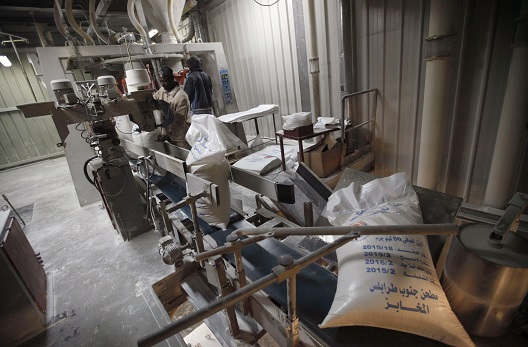 Almost four years to the day of the start of Libya’s civil war, February 17, 2011, the country remains in turmoil. The failure of Libya’s “transition” into some sort of stable democracy along with the ensuing civil war has not only qualified it as the worst in the Arab Spring so far, but also as a symbol of the international community’s impotence and inability to manage a small, relatively easy, post-conflict country—even when it unites to that end.

What makes Libya a spectacular failure is that, in 2011, not only did the international community unanimously deicide to intervene against Muammar Qaddafi, it did so in a relatively wealthy country—with $130 billion in reserves, $65 billion in foreign investments, and a 1.6 million barrel of oil production per day. It was also a debt-free country with a small population of around 6 million people, the majority Arab Sunni Muslims, with little ethnic diversity.

Libya now faces the real prospect of undermining stability in the Mediterranean, North Africa, and African Sahel regions as hundreds of armed militias engage in territorial infighting, financial corruption, arms and drug sales, human trafficking, terrorism, and fanaticism. Given Libya’s governance by gangs of all sorts with significant financial capacity, the possibility of this failed state exporting its mayhem to neighboring countries is very real.

The latest figures on financial reserves published by Libya’s Central Bank (CBL) on January 15 showed that they now stand at $85 billion, down from $130 a year ago. Additionally, oil production, which represents more than 95 percent of Libya’s revenues, stands at around 350,000 barrels per day—far lower than the country’s own domestic energy requirements. The price of oil has dropped to its lowest point in years—lower than what Libya’s needs to balance its budget—and points to an imminent decisive moment for Libya and the international community as a whole.

As Libya moves faster than ever to become the newest member of the Failed States club, the world faces a challenging question: what can be done to mitigate the potential damage Libya could inflict upon its neighbors, regional peace, and international security?

It’s all about the money

Most economists know that countries become failed states because of an economic collapse, rather than a political collapse. If the macroeconomic structure can survive conflict and political partisanship, the country can remain afloat for a while and afford to see politics play out over a longer period. Lebanon, during its civil war in the 70s and 80s, is a good example of that.

International organizations, like the IMF and World Bank, and international economic experts have now publicly warned Libya that it faces financial collapse: the depletion of all its foreign currency reserves along with a total loss of control over its energy resources in a matter of a couple years, a very short timeframe in economic terms.

The fragmentation of Libya’s political, military, and tribal structures occupy most of the international headlines. But the collapse of oil prices, Libya’s plummeting production levels, and the split of its central banking authority (between a Tripoli based central bank and a newly established and completely separate Tobruk based central bank—each with its own governor and allied to opposing factions) has resulted in deep uncertainty surrounding who controls Libya’s finances and energy facilities. Together, these problems have created the most urgent threat facing the international community with respect to Libya.

Beyond the impact on its citizens who rely overwhelmingly on government salaries and subsidies (to the tune of 80 percent of the labor force), Libya’s financial and energy assets could fall into the hands of extremist groups and criminal gangs. Such groups could redirect Libya’s wealth to fund arms, drug, and human trafficking or support terrorist organizations like the Islamic State (ISIS or ISIL) and al-Qaeda. The threat represents a grave and fast-approaching danger to the international community, including the US-led efforts in fighting these organizations elsewhere in the larger Middle East and North Africa.

What should be done?

It is high time for Libya’s international partners to think seriously of a plan to turn off the taps on Libya’s massive potential banking services for criminal organizations and terrorism in the region and around the globe. They should also consider the potential catastrophic impact on Libya’s population should its financial system collapse.

To maintain the total independence of Libya’s central banking authority and ensure that its resources do not end up in the wrong hands, the internationalization of Libya’s macroeconomic management is required:

The above suggestions can also empower Libya and the international political and diplomatic processes in the following ways:

Ensuring that the appropriate measures are taken now to address these most urgent issues will benefit both Libya and the international community without having to freeze Libya’s assets, blockade its oil terminals, and repeat Iraq’s messy oil-for-food program that ended in scandal.

Hafed Al-Ghwell is a Senior Nonresident Fellow with the Rafik Hariri Center at the Atlantic Council in Washington DC and former Advisor to the Dean of the Board of Executive Directors of the World Bank Group.

Image: Workers work at a mill for Libyan grains in Tripoli February 11, 2015. Libya will exhaust its wheat reserves in two or three months unless a state fund tasked with ensuring supplies receives money held up as a result of the political turmoil gripping the country and a slump in oil revenues, a top official said. (Photo: REUTERS/Ismail Zitouny)