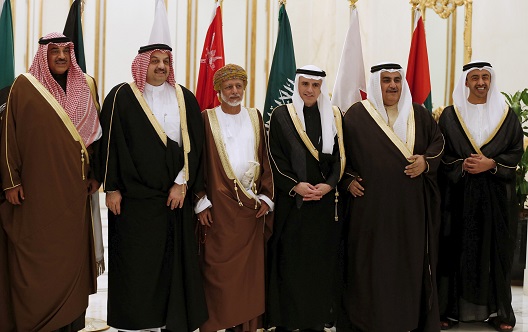 Of all Gulf Cooperation Council (GCC) members, non-OPEC Oman is most vulnerable to low oil prices. In the 1990s, the sultanate discovered that its oil reserves were substantially smaller than previously thought and Oman’s sovereign wealth fund is a fraction of the size of other GCC nations. At this juncture, Oman—dependent on hydrocarbons for 84 percent of its revenue and roughly half of its GDP—must increase revenue from non-energy sectors. Many Omanis believe that their nation’s vibrant tourism industry can serve as a Plan B, effectively counterbalancing the financial problems stemming from cheap oil.

Last month I travelled to Salalah where I met with hotel managers to discuss the country’s tourism industry and their role in the sultanate’s quest to achieve greater economic diversification. One could be forgiven for doubting that the tropical city of Salalah, situated along the Indian Ocean coast in Oman’s southernmost Dhofar governorate, belongs to the same continent, let alone country, as Muscat. Freshwater springs, waterfalls, fruit plantations, flower gardens, palm groves, and quiet beaches attract many tourists each year. Although travelers from Europe (mainly from Germany, Italy, Slovakia and Sweden) occupy the city’s hotels year round, Arab Gulf state nationals escape the scorching summer heat during the monsoon (or khareef) season between June and September to enjoy Salalah’s natural beauty and cooler temperatures.

Cheap oil has severely damaged Muscat’s economy, but it appears to have benefited Salalah’s. In an effort to diversify Oman’s sources of revenue, Omani officials have invested in large infrastructure projects across the Dhofar governorate, including the state-of-the-art Salalah International Airport that opened last year and the Sultanate’s National Railway network. Oman’s leadership views such projects as strategic investments that will pay off in the long run by enabling Salalah’s tourism industry to accommodate a greater number of international visitors.

Despite the proximity to Yemen, Salalah’s hotel managers maintain that there is no link between that country’s crisis and any decline in hotel occupancy. Fortunately for Salalah’s stakeholders, Yemen’s easternmost territory near Oman has remained relatively stable and peaceful. Yet, recognizing the potential threat that spillover from Yemen’s civil war could pose to peace in Salalah, Oman’s military has closed the border. Indeed, the Russian plane crash in Egypt and the Sousse and Bardo Museum attacks in Tunisia underscore the potential for terrorism to damage tourism industries.

Hotel managers worry less about spillover violence than the hesitancy of European tourists to vacation so close to a war zone, where heavily armed extremists have asserted their growing power through violence. To address this issue, Oman’s Ministry of Tourism has stepped up efforts to communicate to Western audiences that the country remains stable, despite the 187-mile border it shares with Yemen.

In addition to political stability, a peaceful and tolerant culture bodes well for the future of Oman’s tourism sector. As one hotel manager succinctly put it, “Oman is not Saudi Arabia.” In 2014 Oman’s Majlis al-Shura, the country’s elected consultative body, proposed legislation to criminalize alcohol. Yet, understanding the disastrous effect such a law could have on tourism, few in the tourism industry took the proposal seriously. One man in Muscat explained that although many Omanis do not drink alcohol (or do so rarely), it is contrary to the ‘Omani style’ to impose such a code on foreigners who hail from different parts of the world and bring their own cultures and traditions to the sultanate.

As a maritime nation that once governed an empire stretching from Pakistan to Tanzania, Oman identifies not only as an Arab and Muslim nation, but also as an Indian Ocean country. The racial, cultural, and religious diversity within the sultanate’s political and economic elite underscores Oman’s deeply rooted tradition of accepting non-Arabs and non-Muslims, who have long played an important role in the nation’s history. Omanis are an outwardly looking people who are proud of their diversity. The absence of sectarian strife, terrorism, and violence waged against Western expatriates and tourists certainly distinguishes Oman from other Middle Eastern countries.

Of course, Oman’s future is naturally uncertain. Experts have considered several scenarios whereby the death of Sultan Qaboos, on the throne since 1970, could trigger a succession crisis and foment political unrest. Yet if Oman can maintain its peace and stability in the post-Qaboos era, there is every reason to expect that tourism in Salalah and other parts of Oman can flourish regardless of low oil prices.

Oman’s economic model, which has depended on oil exports since the 1970s, has transformed the sultanate from the impoverished and isolated backwater it was during the reign of Sultan Qaboos’ father Said bin Taimur into a wealthy GCC member. However, such an economic model is unsustainable as Oman reportedly has only 15 years before its oil reserves go dry. To maintain long-term prosperity, Omanis must use their existing petro-wealth to diversify the economy and acquire more revenue from non-hydrocarbon sectors.

At present, cheap oil has exposed the risks of maintaining an unhealthy dependence on hydrocarbons. China’s economic slowdown, Saudi Arabia’s oil production policy, the reentry of Iranian oil on the global market, and the rise of the United States as a major energy actor have led analysts to predict that oil prices will remain low for at least a few more years. This dynamic does no favors for Oman’s state finances. However, Oman’s vibrant tourism industry has the potential to become the sultanate’s lifeline as the oil crisis poses a host of new challenges.

Giorgio Cafiero is the CEO of Gulf State Analytics.