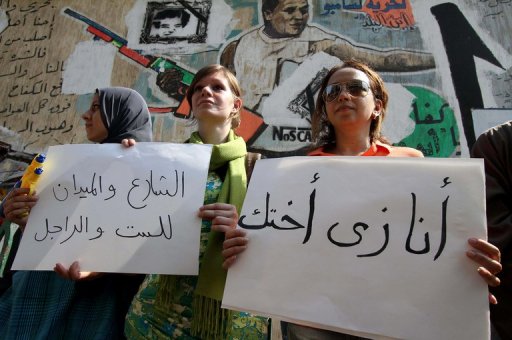 As the Constituent Assembly continues to make headway with the draft constitution, amid ongoing controversy, the Center for Egyptian Women Legal Assistance (CEWLA), a non-governmental organization focused on women’s rights released a video addressing what Egypt’s women are looking for in the new constitution.

Speaking to a cross-section of women not only from Cairo, but from around the country, the video highlights the concerns that many Egyptian women have as far as their rights are concerned.

From personal issues such as divorce and inheritance, to social issues such as female genital mutilation (FGM), employment and education opportunities and freedom of speech, the video gives a great deal of insight into women’s concerns in Egypt – a discussion that continues to fly under the radar.

The video comes at a time when the fate of women’s rights remains unclear in Egypt’s draft constitution, particularly in light of the fact that one of the few women remaining in the Constituent Assembly, human rights activist Manal al-Tibi, withdrew citing an Islamist domination of the work, one that she states rejected all her suggestions and is moving toward “a constitution that is worse than all previous Egyptian constitutions.”