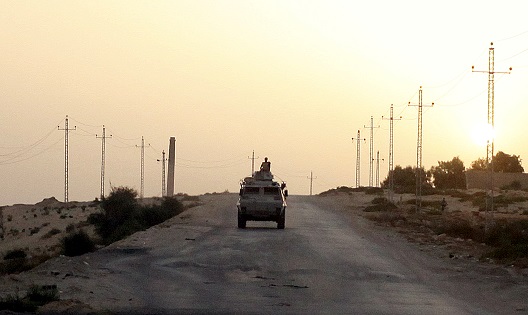 Recent clashes occurred in the south of Rafah between fighters loyal to Wilayat Sinai––previously known as Ansar Beit al-Maqdis, which joined the Islamic State (ISIS, ISIL, Daesh) in 2014––and the Tarabin tribe. This follows a militant attack on April 17 against a truck belonging to a Tarabin tribesman as it carried cigarettes towards Gaza. After a string of kidnappings by both sides, Wilayat Sinai fired a rocket-propelled grenade at a tribal base. The Tarabin responded by gathering a group of fighters to blockade the town of Souq al-Barth and chase down ISIS fighters. Wilayat Sinai then targeted the tribesmen with a car bomb.

The clashes were not the first of their kind. Two years ago, a similar fight broke out in Souq al-Barth, which is controlled by the Tarabin and lies near the border with territory controlled by the Sawarka and Tarabin tribes. Wilayat Sinai killed a member of the tribe there on the pretext that he was working with Egyptian security services, something the group had warned against in the past and threatened to punish with death. The tribe responded by killing a militant and preventing others from passing, closing the market until there was a reconciliation agreement between them and calm returned. Later, clashes broke out after tribal elders announced a war against Wilayat Sinai and called for members of the tribe to take up arms to help Egyptian security forces fight it. News of killings and kidnappings between the two sides became commonplace over the past two years. The future of the struggle between the tribes and Wilayat Sinai will be determined by three main factors that dominate the current situation:

Each tribe in the Sinai has its geographical borders, agreed upon after a long battle over territory, known as the war of the Tiyaha and the Tarabin, which began in 1813. The conflict ended with a reconciliation agreement in February 1889 that remains in force to this day. Although relations between the Sinai tribes appear calm on the surface, there are still latent disputes between Sufis and Salafists on the one hand and rival tribesmen seeking more clout for their tribes on the other. This is an extension of an inherited struggle for supremacy between the two most prominent tribes, the Tarabin and the Sawarka. A historical dispute in essence, it is expressed as a rivalry between individual members of tribes.

The dispute has surfaced on various occasions, such as at the Union of Sinai Tribes in 2015, which was unable to agree on whether to arm the tribes’ members in order to support the army. The incentive to do so came not from the situation in the region, but rather from the personal interests of those who promoted the idea and wanted to exploit their relations with various institutions of the state for mutual benefits.

These inter-tribal disputes bring us to one of the internal crises in the Sinai, which is linked to the deteriorating influence of the tribes. The policies of successive Egyptian regimes towards the Sinai weakened and undermined tribal sheikhs, whose influence both on the members of their own tribes and on society at large has waned as a result. While tribal elders were once chosen leaders thanks to internal decisions by their tribe, in accordance with inherited customs for choosing elders, sheikhs today have become state employees appointed after approval by the security services––regardless of whether they are accepted by their tribes or not––this in turn undermines the position of the tribe. The tribes have become one of the state’s instruments of domination by giving privileges to certain tribes or individuals in exchange for their loyalty while restricting the rights of others.

There are two aspects to this complex relationship. First, there is common ground based on cohabitation and mutual benefit, especially as regards financial interests, between Sinai tribes and local armed groups and primarily Wilayat Sinai. All parties agreed to smuggling routes through tunnels across the Rafah border with Gaza as an area where government control is weak and locals have few alternative avenues to employment. This forces tribes to “coordinate” with armed groups, especially Wilayat Sinai, which has a large degree of control over the routes. For example, when relations became tense between the group and Hamas after the latter’s recent rapprochement with the Egyptian regime, Wilayat Sinai prevented goods from entering Gaza via its tunnels, prompting clashes with the tribes that benefit from the trade.

The second aspect is the armed groups’ vision of the tribe as a social structure, despite the fact they seek to exploit the idea of the tribe. These groups place no value on tribal leadership structures, believing they conflict with the way an Islamic emirate should operate. They see tribal forms of leadership as a hangover from the Jahiliyyah––the pre-Islamic state of ignorance––as well as a form of treachery, seeing tribal leaders as agents appointed by the state’s security services. As a result, Wilayat Sinai is constantly working to impose its domination over local society in the peninsula through various means:

Efforts by Wilayat Sinai to attract new fighters from various tribes serves two purposes: first by taking advantages of the tribe and the protection it offers to its members; and second preventing the emergence of a tribal alliance that threatens the group’s presence. No tribe can attack an area controlled by another tribe. For example, many of Wilayat Sinai’s leadership come from large tribes like the Sawarka, such as Tawfiq and Mohammad Fareej Ziyada, Shadi al-Mani’i and Ahmad Zayed al-Juhaini, as well as Ahmad and Kamal Allam from the Fawakhiriyah family and other tribes. Members of the Tarabin such as Salama Abu Adhan, killed in recent clashes, are also in leadership positions and dozens of other members of the tribe support the group.

3. Stance towards the state

There is widespread anger in the Sinai towards the state and its practices in the peninsula, especially given the length of the armed conflict there and the accompanying deterioration in living conditions in areas that have been off development maps for decades. In addition, successive regimes have long seen the area as full of traitors whose loyalty to the Egyptian state is questionable. The situation has spurred the growth of a black market through border tunnels, which has become a source of income for many residents and created a parallel society for the life of Bedouins and armed groups, based on mutual benefit.

Some parts of the state took advantage of the Tarabin’s call to fight armed groups in Sinai two years ago, which was presented as an autonomous decision. “What we are doing is simply defending our houses, our honor, and our dignity,” read the tribe’s statement, which had a nationalist tone and expressed support for the Egyptian armed forces, which it said should not be left to face the armed groups alone. It should be emphasized that there is cooperation and unwritten coordination between the state and the Tarabin tribe, which takes part in security operations and fights against armed groups. Local sources say the Tarabin tribe in general is hostile towards Islamist groups.

Several conclusions can be drawn based on the situation of the tribes despite the inter-tribal disputes especially Tarabin against the Sawarka and Ramailat. Broad laws have maintained order between tribes for over a century and a half and prevents a return to open conflict on any pretext but some tribesmen benefit from such disputes and this explains the perpetual conflict amongst them.

As far as Wilayat Sinai is concerned, its viability is linked to local circumstances. The group benefits from its presence within different tribes and from tribal customs. Its members have not been affected by calls from certain tribes to punish those who join it with the penalty of tashmees––being cut off from the protection of the tribe––and a growing sense of injustice and a desire for revenge have helped the group to persist. Wilayat Sinai also benefits from the negative image of the Bedouins by consecutive regimes and continued doubts over their loyalty to the state.

Ahmad Zaghlul Shallata is an expert on Islamist groups and the author of three books: “The Modern State of Salafism in Egypt,” “The Salafist Call in Alexandria: the trajectory of the organization and outcomes of its politics,” and “Islamists and the Revolution.”