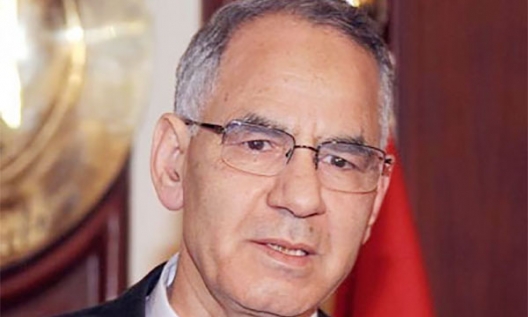 When heavily armed police men raided on November 20 the home of Mohamed Ali Bishr, the only prominent Muslim Brotherhood leader left outside prison since the ouster of former President Mohamed Morsi, experts differed on the real reasons behind the move. Many asked whether it marked the end of any possible reconciliation effort between President Abdel-Fatah al-Sisi’s government and the country’s largest political Islamic group.

Prosecutors charged Bishr, also a member of the Brotherhood’s top leadership body, the Guidance Bureau, with espionage with the United States, and to the surprise of many, with Norway. His detention was renewed for another fifteen days on December 3. They also claimed he was involved in inciting violence against the army and police ahead of an initially mysterious call for widespread demonstrations on November 28, in which participants would raise copies of the Qur’an, to demand the end of what they describe as “army rule of Egypt.”

The call to protest was initially made by the Salafi Front, a small group which security bodies claim the Brotherhood has used as a façade to cover its alleged violent activities. According to Bishr’s lawyer, Adel Abdel-Maqsoud, Bishr had told prosecutors during his questioning, that the Brotherhood did not take a stance on the call to protest. He also expressed surprise at allegations by prosecutors that they had tapped phone records in which Bishr received instructions from Brotherhood leaders abroad to take part in violent anti-government demonstrations. “Bishr certainly knew his phone was tapped by security, and there is no way that he would his phone to receive instructions from abroad, or to communicate illegally with foreign countries, whether the United States or Norway,” Abdel-Maqsoud said.

Late Sunday, and in a possible response to Bishr’s arrest, the Muslim Brotherhood released an official statement directly backing the November 28 protests. They followed it with a second statement on the day, urging protesters to remain peaceful.

Security forces have repeatedly rejected claims by the Brotherhood that its supporters have remained peaceful. Several experts on the group from within human rights organizations, political parties, and prominent political figures say that the heavy security crackdown, the death of dozens of young Brotherhood members in clashes with the police over the past seventeen months, and the arrest of thousands have all strengthened calls, particularly among the youth, to use violence as part of their anti-government protests. Several websites and Facebook pages close to the Brotherhood have published names of officers who allegedly took part in the arrest and abuse of young Brotherhood members, with open calls for revenge. The same pages also publish instructions on how to confront police forces, burn armored vehicles, and hails attacks in which members of the security forces are killed.

In demonstrations held by Brotherhood supporters in the Cairo neighborhood of Matareya on November 21, and broadcast live on Al-Jazeera Mubasher Misr, accused of being the mouthpiece of the group, protesters were seen raising the flag of the Iraq-based, Islamic State in Iraq and al-Sham (ISIS), and chanting slogans praising the brutal, terrorist group. This was a priceless gift for the pro-government media and Brotherhood critics, who used the incident to back their allegations that there were no real differences between the two organizations, and that they both depended on violence and terrorism to achieve their goals.

This all made it the easier for the media to link the November 28 call to protest, which promised the beginning of an “armed Islamic revolution” to maintain “Egypt’s Islamic identity,” to the militant group. With Egyptian media painting the Salafi Front, the Muslim Brotherhood, and ISIS as one and the same, the call to protest was met with a panicked response from the government.  Security forces were on full alert, with the interior minister saying they would not hesitate to use lethal force in response to any possible attacks, while police arrested a slew of alleged Brotherhood members in the days leading to the protest. The Azhar Tunnel, a major thoroughfare leading to downtown Cairo, was shut down from Thursday evening until the morning after the protests had ended. Several private television stations also hosted security experts who called upon police to freely open fire on anyone taking part in the demonstrations. The ministry of endowments used thousands of mosques under its control to deliver sermons attacking the call to raise copies of the Quran during protests. Preachers described it as a clear attempt to stage a show in front of television cameras by filming police soldiers chasing demonstrators carrying the Qur’an. They believed these kinds of images would be used to inflame religious emotions and justify attacks against police.

Adding to the government’s worries was a clear escalation in terrorist attacks in recent weeks, whether in Northern Sinai, or in several major cities which witnessed a rise in the use of homemade bombs targeting public buildings, trains and underground stations.

November 28 came and the protests failed to attract large numbers, with the media and Islamists alike accused of exaggeration in the lead up to the big day. The day, however, did see a slight uptick in violence. In addition to two protesters and a general killed in clashes in Matareya, at least two security officials were killed in drive-by-shootings in Cairo and Alexandria. The interior ministry also said bomb squads had diffused eight explosives in the space of twelve hours.

The arrest of Bishr by security bodies, and the Brotherhood’s official backing for the call for the November 28 protests, implied that the two sides were clearly heading towards a possible wider confrontation. A Cairo-based European diplomat, who communicates regularly with security bodies, said he would not exclude harsher measures in the near future against Brotherhood leaders, including possible death sentences issued against Morsi, and Deputy Brotherhood General Guide, Shater, both currently on trial. The Supreme Guide, Mohamed Badie, has already received three death sentences, all of which are currently being appealed. “Such sentences will not necessarily be carried out, but it will be a sign from the government that they have upper hand in this ongoing confrontation, and that they were not worried about increasing Brotherhood violence,” the European diplomat said.