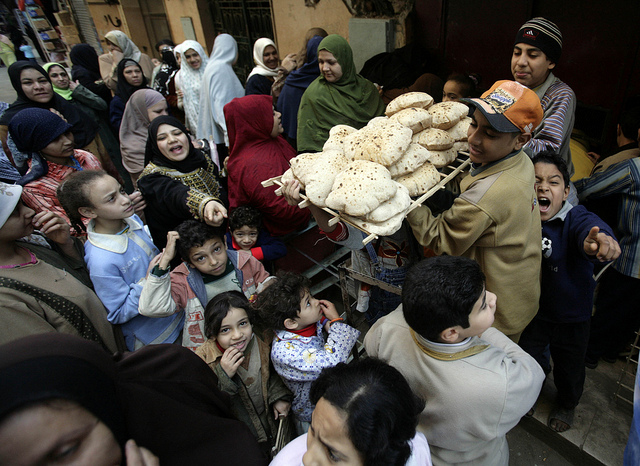 There were many reasons that Egyptians supported the revolution when it occurred in early 2011.  Lawyers usually did so out of a desire to reform the legal system or draft a new constitution.   Others were angry about the use of torture by the police and security forces.   But for many – perhaps even the majority – it was based on nothing more than a vague hope that a new system would bring something better, especially from an economic perspective. Yet two years later, not only has that hoped-for revival failed to materialize, Egypt’s economy actually is significantly worse-off, plagued by a climate of chaos and uncertainty that is causing investors to withdraw their capital from the country, leading to the ongoing devaluation of the Pound and an even greater unemployment problem than the one that significantly contributed to the Revolution in the first place.

Unless the new government quickly enacts real job-creating economic reforms, the Revolution’s fate itself is in jeopardy, as popular support for a return to Mubarak-style authoritarianism, which to many Egyptians at least had the benefit of bringing a degree of certainty and stability, will continue to grow.

Virtually all commentary on Egypt agrees that economic reform is critical.  The more important question is: what exactly does that mean?

On one hand, the Mubarak government was phenomenally successful at “reform.”  Its liberalization of the economy attracted unprecedented new investments, and achieved consistent high levels of GDP growth.  Politically, however, the problem with that  Laissez Faire environment was that the greatest rewards went to investors or the highly educated with the most in-demand skills, not average Egyptians, which dramatically increased socio-economic inequality,  a major factor contributing to the regime’s demise in 2011.

On the other hand, the Morsi government’s populist instinct seems to be the traditional Egyptian government view that social justice and equality can only be engineered with a hands-on, highly statist approach. Perhaps that is true in theory.  But the inevitable result of more interference is that it creates disincentives for new job-creating economic activity.

Therefore, the economic “reform” that Egypt really needs is some kind of middle ground, between the free market capitalism of the Mubarak era,  and the innovation-stifling hands on-approach of the new government.   Focus instead needs to be on fostering a climate where new, self-sustaining economic activity, with high-job creating potential, is likely to occur.  Here are three things the government should do:

1. Treat the Private Sector Elite As a Partner, Not an Adversary

While not a popular sentiment in the current political climate, the simple fact is that without the capital of Egypt’s wealthiest and investors from the Gulf countries, the economic revival that is so desperately needed will not occur.

Yet the new government appears more focused on harassing wealthy Egyptians who allegedly profited illegally during the Mubarak era in the interest of scoring political points.   For example, the Chief Prosecutor recently announced that members of the Orascom Group, Egypt’s biggest company, were to be placed on a No-Fly list, and numerous other businesspersons remain in jail or face the threat of having their assets seized, not to mention the expropriation of foreign investments.

As long as that climate of uncertainty prevails where investors cannot be sure that their capital is safe in Egypt, they will continue to take it elsewhere which only further increases unemployment.   It’s a question of pragmatism — no one denies that some (but certainly not all) of Mubarak’s allies made money in shady business deals, but is turning every last rock, more important than encouraging those people to start reinvesting their money in Egypt?

2. Encourage Entrepreneurship and the Growth of New SMEs

Nothing is more likely to create more sustainable jobs than a serious attempt to promote entrepreneurship and the development of new Small and Medium sized Enterprises (SMEs).

The growing tech Hubs in Cairo should continue to be encouraged.  However, what’s arguably more important is the prioritization of startup firms that will create both lots of jobs but also jobs for the poorer or less skilled (internet companies tend not to be labor intensive and the jobs they do provide can only be staffed by the highly educated who are already generally well off ).   There are plenty of problems in Egypt that require labor intensive solutions that could be fertile territory for new startups: amongst them dissatisfaction with the education system, general subpar maintenance of buildings, and a flawed trash collection system.

Instead of going after the Orascom group for alleged non-payment of back taxes
A better approach might be to work with it to provide training and mentorship in potential new SME firms in labor intensive areas like construction, maintenance, and engineering.

3.  Find New Industrial Niches Where Egypt Can be Competitive

Egypt is not alone in its need to create huge numbers of new jobs, no easy feat in a highly competitive global economy.  Fortunately, there are two successful examples from similar countries that it can look to.

The first is Saudi Arabia’s Industrial Clusters  Programme,  an ambitious attempt  to create  five globally competitive manufacturing sectors including the production of up to 500,000 cars per year by 2025, through exploiting the Kingdom’s competitive advantage of access to cheap energy.  If the program is even a partial success, hundreds of thousands (potentially far more) of very good jobs for Saudis will be created.

But a better model for Egypt to follow might be the Philippines, given the similarities between the two countries in terms of the economy and their human capital.   The Philippines went from not having a single call center in 1997, to being the world leader  in just 15 years, generating new 638,000 jobs and an additional $11 billion in annual revenue, a classic example of a developing country mitigating its unemployment problem by finding an unmet need in the global economy.   With a comparable work force of highly educated and personable people, it is possible that Egypt could find and exploit some service related niche in the global economy.

The greatest threat to the revolution is not, as its supporters like to imagine, from sinister counter-revolutionary forces and members of the old regime plotting a comeback from the shadows.   It is that average Egyptians, tired of the chaos and disorder, and disenchanted by the lack of economic improvement, will invite them in through the front door – at the ballot box – in the name of stability and order.  It might sound far fetched now, but if significant job-creating economic activity does not start taking place, over the next couple of years it is a very strong possibility.

Nathan Field is the co-founder of Industry Arabic.  Contact him at [email protected]