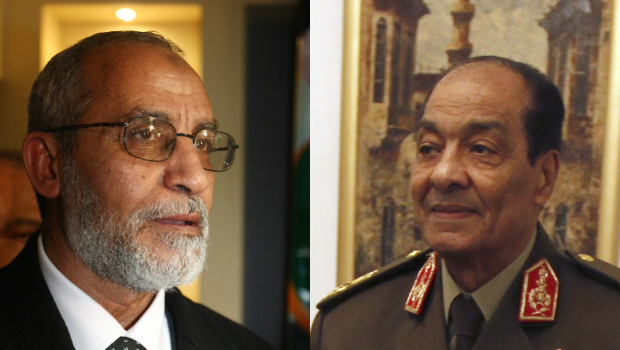 The final results of the People’s Assembly elections have been formally announced, confirming that Islamists now enjoy an overwhelming majority in the first freely elected parliament in Egypt since the 1952 revolution. The completion of the lower house parliamentary elections is the first step towards drafting a new constitution, which should outline the nature of Egypt’s post-Mubarak political system. Once the elections of the upper house, the Shura council, are completed on February 22, members of both houses of parliament are supposed to convene to select a 100-member constituent assembly, which will be charged with drafting a new constitution. While the mechanisms for selecting these 100 members are yet to be determined, there are some indications that negotiations have already begun between the majority party (the FJP) and the Supreme Council of the Armed forces (SCAF) over the contours of the new constitution. A power sharing agreement between the outgoing regime and the largest Islamist party might be in the making.

Based on informal statements made by senior members of the Brotherhood and of the SCAF, the main features of this agreement appear to be as follows:

The successful completion of such a constitutional pact, however, is far from a done deal and it may be hindered by a number of factors. The first factor pertains to the readiness of the SCAF to cede any real powers to parliaments. Since the fall of Mubarak in February 2011, the SCAF has shown little willingness to undertake any fundamental changes or reforms to the authoritarian regime and has continued to use some of the same strategies used by Mubarak to weaken and divide the opposition. Many thus fear that the SCAF, after having successfully marginalized the revolutionary groups, will now attempt to marginalize the Islamists and the incoming parliament by ensuring that it exercises little real authority; the model the SCAF has in mind might be akin to that of the Jordanian and Moroccan parliaments. Given that parliament is charged with overseeing the drafting of the new constitution, however, it is not clear how SCAF would be able to engineer such an outcome short of dissolving parliament altogether. Such a scenario would create a political impasse and would have negative consequences on the long term stability and economic well-being of Egypt.

A second obstacle to the successful completion of a constitutional pact may result from Muslim Brotherhood overreach. Although the Brotherhood has shown a great deal of restraint toward – some have called it complicity with –the SCAF since the fall of Mubarak, the Brotherhood might overreach by refusing to grant the military control over its internal affairs and over issues of war and peace. Brotherhood overreach might also manifest itself in the exclusion of all other political forces from the process of drafting the new constitution, in preserving authoritarian aspects of the 1971 constitution, or in attempting to insert too much religious content into the text of the new constitution. The first scenario seems unlikely, given that the Brotherhood has repeatedly signaled that it has no intention to provoke a standoff with the military, but the second scenario is not be discounted. If the Brotherhood adopted an exclusive approach towards other political forces, the constitution would lack the broad support needed to render it legitimate and enduring. Moreover, exclusion could drive many of political forces to join the revolutionary camp in their call for more radical political change.

This takes us to the third and final factor which might hinder a constitutional pact, namely the Tahrir factor. Although SCAF and Brotherhood seem confident that they now hold the keys to the transition, there might still be popular mobilization against a power sharing agreement that fails to meet the minimum requirements of the revolution. A power sharing agreement that preserved the structures and practices of the authoritarian regime their agreement would be likely to provoke a backlash.  If, on the other hand, the new constitution ensures the protection of civil rights and liberties and dismantles authoritarian structures, then revolutionary movements would not be able to mobilize against such a pact.

Thus three scenarios seem possible in the foreseeable future: a “thick” constitutional deal that enjoys the support not only of the SCAF and Brotherhood but also of important segments within the secular opposition and of the general public; a “thin” constitutional deal that fails to meet the minimum demands of the revolution and preserves the structures and the practices of the authoritarian regime; or no deal at all due either to intransigence on the part of SCAF or overreach on the part of the Brotherhood.  And while a thick deal is the preferred scenario, and no deal at all is the worst possible outcome, a thin deal seems to be the most likely given SCAF and Brotherhood behavior over the past year.

Dina Shehata is a senior researcher at the Cairo-based Al-Ahram Center for Political and Strategic Studies and contributor to the Atlantic Council’s EgyptSource blog. Photo credit: CBS News.