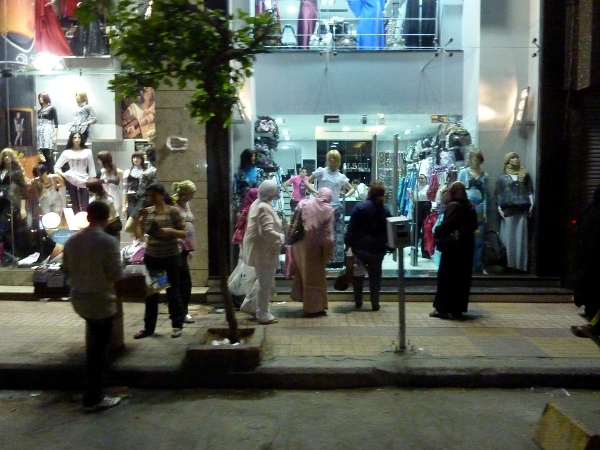 A controversial law calling for shops and restaurants in Egypt to close by 10pm has been temporarily put on hold by the Local Development Ministry. Minister Ahmed Zaki Abdeen announced the postponement earlier this week, citing the need for more time to study the penalties imposed on those who do not comply. Initial reports had stated that if fined twice, businesses would have their licenses revoked.

If enforced, the new measure would see shops closing by 10pm and restaurants by midnight, while pharmacies and venues catering to tourists would continue to operate as usual. The idea of attempting to shut Cairo down early has been met an ample amounts of criticism, and a fair share of mockery. That has done little to dissuade the Ministry from going forward with the initiative.

The government justified the measure saying that energy conservation efforts would save the state up to six billion Egyptian Pounds (over $980 million). However, in an ailing economy and a country suffering high rates of unemployment, is it a sound decision to shorten the work day of employees who likely earn by the hour?

Speaking about the negative impact the law could have, Mohamed Wahba Allah, the head of the Egyptian Trade Union Federation pointed to the likelihood of businesses finding ways to work around the law. He added that it could lead to an increase in crime, a hike in prices, as well as a decline in tax revenues, and could also have a spillover effect on other industries and workforces. The measure could also encourage trade that the government would simply be unable to monitor. Additionally, expecting an unreformed police force to impose the law, a police force that according to human rights groups continues to use the same repressive tactics as was seen under the Mubarak regime, does not bode well.

The Egyptian Chamber of Commerce was also among those expressing fear over the decision’s negative impact. It rejected the decision earlier this week, and more recently questioned its legality. The Chamber of Commerce is, however, continuing to push for open dialogue with the government, presenting proposals which would extend operating hours in major cities. It also proposed alternative measures to conserving energy, such as decreasing the amount of time during which window displays are lit.

Another important point raised by the Chamber of Commerce is that there has been a complete lack of dialogue between the government and the 4 million merchants, manufacturers and service providers who would be affected by the changes.  Before the postponement was officially announced, the Local Development Minister was a call-in guest on the nightly talk show, Baladna bel Masry which is hosted by Reem Maged and airs on the private satellite channel ONTV.  The call with the minister lasted just over one minute with Abdeen abruptly ending the conversation before it had even begun. Introducing the Minister, Maged cited some of the concerns that shop owners and the Chamber of Commerce had expressed – particularly in regard to a significant cut in salaries that workers would face as a result of the measure. The Minister was quick to accuse Maged of editorializing, and proceeded to school her on how to speak politely.

Abdeen’s handling of the phone call with Maged appears to be a reflection of how the current government operates. A lack of transparency in governmental decisions is again becoming a standard modus operandi and has garnered criticism from across the country’s political spectrum. It is a small but telling indication that the authorities are not prepared to discuss decisions with those it affects, and is more willing to throw out ideas, get a sense of street reaction, and adjust accordingly.

Mohamed Morsi’s government is in need of a positive step forward, having barely set out on a path of economic reform, but the confusion surrounding the decision to close shops early has done little to inspire confidence. Setting aside any issues with the effects of the measure itself, the Ministry rushed to make a decision, and then publicly announced that it had not been properly studied in advance. Criticism of the government continues to be met with the same paternalistic reaction officials employed under Mubarak, where respect trumps a citizen’s right to question an authority figure. Until Egyptian politicians realize the importance of a critical discussion surrounding domestic policy, the full potential of democratic development will never be realized.