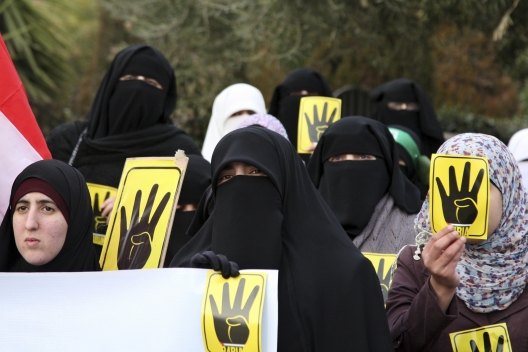 The Jordanian Islamist Movement (the Jordanian Muslim Brotherhood and its political arm the Islamic Action Front Party) is witnessing, for the first time in its history, an internal ‘mass’ protest movement with demands for reforms that reflect conflicting visions and agendas. The failure of the Egyptian Muslim Brotherhood, the weak performance of the Islamist movement through  Jordanian popular protests (2011-present), and the challenging regional realities presented ‘dissidents’ with the perfect window of opportunity to call for change. This development creates an unprecedented challenge for the movement since its establishment in 1946, sparking questions regarding its future.

Efforts on the part of this dissenting group culminated in a general conference on May 31 in the northern city of Irbid. More than 200 leaders and members of the movement attended the conference. The conference’s recommendations included the resignation of the current leadership, the selection of a two-year interim leadership group, and demands for the separation of the IAF and the Muslim Brotherhood to end the dominance of the movement over the party (an act of organizational revolution per se). The recommendations were to be submitted to the current leadership of the movement and additional conferences would follow. The participants affirmed their loyalty to the Muslim Brotherhood, but stressed their right to call for internal reforms.

This conference arose from another blow to the Islamist movement—the Zamzam Initiative. Movement leaders began the initiative last October, calling for an agenda that strayed from the traditional demands. It emphasized the priority of national Jordanian interests and promoting inclusive strategies open to all Jordanian citizens regardless of their affiliation, ideology, or religion. Most importantly, the initiative called for a new approach to political work to end the movement’s isolation: reforming the state political system through unconditioned participation in government institutions and Jordanian public life.

The initiative’s leaders insist that their demands do not imply separatism, and that their loyalty to the Muslim Brotherhood is unquestioned. They also declare that the drive to reform the movement derives from the latest regional events—and the inability of the current leadership to adapt the movement to the new reality. This initiative, so far, has not gained popularity or influence. It remains a vague program with unspecified implementation mechanisms. Nonetheless, the current Muslim Brotherhood leadership decided to expel the initiative organizers and boycotted any attempts at dialogue and reconciliation. With the Initiative leaders and mediators from within the movement.

Still, the Zamzam Initiative and the Brotherhood leadership’s reaction to it intensified internal disputes, mobilizing a majority of the moderate wing within the movement who felt excluded since 2008, when hardliners dominted leadership positions after internal elections. Many of the movement’s moderate leaders and members accuse the conservative, pro-Hamas hardliners of prioritizing Palestinian issues over national issues and of adopting a confrontational stance with the Jordanian regime and other political forces. They also   accuse them of abusing their status and power to dominate the decision-making process in order to exclude and marginalize moderate voices—as evidenced by the decision to expel the Zamzam leaders. These latest developments leave in question the future direction of the Jordanian Islamist movement.

Two factors that may hinder a comprehensive analysis of the Islamist movement include the secrecy surrounding its internal dynamics and the lack of quantitative information to assess its popularity. Despite this information gap, the latest developments prompt important questions related to internal cohesion, ideology, organization—and even survival of the movement. The Jordanian Brotherhood faces, for the first time, concrete internal threats that outweigh external ones.

The Jordanian regime pursues a persistent policy aimed at co-opting Islamists. The movement’s declared goals have never been revolutionary, but conformist and conciliatory, acknowledging the legitimacy of the Hashemite regime and aiming only at reforming some of the political and social components of the state. Its weak   performance at the uprising reflect this inclination. Immediate existentialist threats from the authorities are thereby far-fetched.

The movement’s public popularity wavers across Jordan’s political spectrum. Leftist and liberal political forces decided to end their cooperation and revolutionary and youth groups relentlessly criticize Islamists, pointing out the lack of coordination with other protest groups during the protests. The ongoing debate regarding political Islam in general, particularly in the wake of the Egyptian Muslim Brotherhood’s failure sparks calls for the regulation of political Islamist movements. Despite these pressures, the movement recently won some important Jordanian elections (the teachers’, the pharmacists’ and the Jordan University students’)—a sign of popularity and influence. Like many other Islamist movements across the region, the Jordanian movement remains interwoven into the social fabric.

These mixed pressures, however, intensified internal disputes within the Islamist movement, posing immediate challenges. Dissenting groups insist that their action is only aimed at compelling the current leadership to end its dominance over the movement and to join efforts to revise the Jordanian Brothers’ vision, internal organization and strategies to adapt to new Jordanian realities. But even within the progressive trend of the movement, internal cohesion is paramount to survival. They also believe that internal reforms should be gradual and consensual to avoid further weakening of the movement in the face of external challenges.

Based on these observations, the survival of the Jordanian Islamist movement is almost guaranteed—particularly given the lack of a valid alternative. Major divisions are not expected, especially given recent signs of compromise demonstrated by the hardliners—such as softer, more compromising rhetoric towards the regime, and the formation of a committee to reconcile with Zamzam leaders. Nonetheless, the movement will have to weather difficult times in the short and medium term until different factions make the necessary compromises and reach genuine reconciliation, producing a much different and evolved political actor.

Based on theories that analyse factors and pressure contributing to ideological and organizational change within social movements and political parties, Jordanian Islamists would probably follow a path similar to the Tunisian Ennahdha Party. The Islamist movement will likely step back from ideological goals to concentrate on pragmatic issues concerning the needs and demands of Jordanians. Its slow transformation from an ideological movement to a ‘catch all’ party keen on the satisfaction of its electorate organizational interests. This evolution, however, will be far more gradual than in the Tunisian case due to different political, social, cultural, and economic circumstances associated with the Jordanian context.

Lamis El Muhtaseb is a visiting fellow with the European University Institute in Florence, Italy.

Image: Photo: Jordanian Muslim Brotherhood protesters make the 'four-fingered salute' during a protest against the Egyptian Defense Minister Abdel Fattah al-Sissi as they mark the third anniversary of the revolution, in front of the Egyptian embassy in Amman January 25, 2014. REUTERS/Majed Jaber