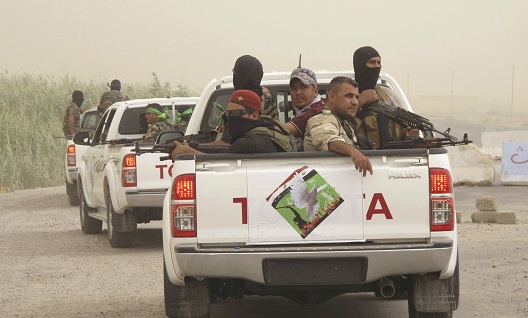 In the fight against the Islamic State in Iraq and al-Sham (ISIS) and associated Sunni armed opposition groups, the United States should ensure its security assistance to the embattled Iraqi government rests on clear commitment on civilian protection for all Iraqis. There is a strategic imperative for the Iraqi government to prioritize civilian protection to unify the country, to avoid deepening the sectarian divisions, and to counter support for the militant groups.

The fighting has already displaced more than a million people. Over 2,400 have been killed in the month of June, though the United Nations notes the figure represents a minimum, as it does not include casualties in Anbar province. Armed violence caused over 7,800 civilian casualties in 2013, the highest death toll in years, according to the United Nations Assistance Mission in Iraq (UNAMI). Prime Minister Nouri al-Maliki’s sectarian driven policies, excessive use of security forces against critics, weak state institutions has done little to hold the country together since US military forces left Iraq in December 2011 and in fact contributed to the crisis. Sunni Arabs demonstrated against discriminatory practices against their community Sunni Arab localities across Iraq for over a year starting in 2012, which the government ignored politically, but to which it responded with military force, ignoring abuses committed by its security forces.

ISIS, with its own agenda to establish a caliphate across Iraq and Syria, attacked Iraqi government institutions and took advantage of Sunni discontent and lack of national unity. During clashes between protestors and Iraqi forces in Fallujah in December 2013, ISIS saw an opening to fight Iraqi forces. Baathist groups and local residents—who see the Iraqi army as an instrument of sectarian discriminatory policies—supported the militants, allowing them to fight the army, establish a base of operations in Fallujah, and pave the way for an ISIS takeover of Mosul and other Iraqi cities in June 2014.

Last month, President Obama pledged to help the central government by sending up to 300 military advisors and surveillance drones—security assistance that should be matched by a credible commitment by the Iraqi government to fight ISIS in adherence to the laws of war and with tactics that minimize civilian harm or risk losing US support.

The United States learned hard lessons about civilian protection over the course of the last thirteen years in both Afghanistan and Iraq, which can be passed on to its Iraqi counterparts. US military advisors deployed to Iraq stand a better chance at stabilizing the country if they take these lessons to heart. Helping Iraqi security forces create practical guidance for minimizing harm to civilians—which when eventually operationalized in Iraq and Afghanistan did reduce civilian harm—will greatly increase the likelihood of a durable peace in a deeply divided society.

The Iraqi government and military can take clear steps toward civilian protection with assistance from US military advisors:

The United States cannot bankroll a never-ending conflict to prop-up a government that fails in its most basic responsibility to protect its citizens. By the same token, Sunni armed opposition groups must respect civilian life as well. Many of those fighting along with ISIS are reportedly former members of the so-called Awakening—the Sunni tribal ad hoc armed forces organized by US military commanders to fight al-Qaeda in 2007.

For Iraq’s government, success requires long overdue political reforms and rapid moves toward making the government genuinely inclusive. But it must also undertake large-scale transformation of its security sector, beginning with a commitment to civilian protection and harm mitigation tactics in the current fight. Sunni Baathist groups who have allied with ISIS in a Faustian bargain must disassociate with ISIS’s brutal tactics or risk losing support of Sunnis on whose behalf they claim to be fighting, and the opportunity to become responsible members of a future Iraq.

Sunnis fear the Iraqi army and its militias, loathe the government’s sectarian agenda, and now face the brutal presence of ISIS. For civilians, there is no place to hide. Should the Iraqi government offer only a military response that disregards civilian protection, it will not only lose political support at home, but the military and financial support from abroad as well.

Image: Armed Shia volunteers from brigades loyal to radical cleric Muqtada al-Sadr, sit in the back of vehicles during a patrol after clashes with militants of the Islamic State, formerly known as the Islamic State in Iraq and al-Sham (ISIS), on the outskirts of Samarra in Salahuddin province July 13, 2014. Picture taken July 13, 2014. (Photo: REUTERS)