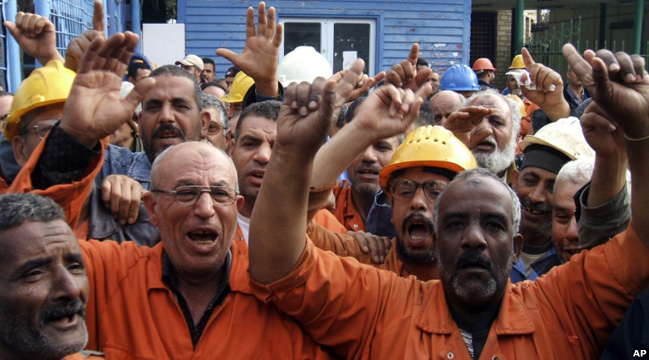 Debates over the drafting of Egypt’s next constitution have been heavily dominated by proposals for restructuring the political system. But political reform alone cannot guarantee the emergence of a strong and stable democracy, and economic concerns should also be at the core of discussions over the future of Egypt’s legal framework. Adam Smith had it right when referred to the relationship between freedom and prosperity in 1776: “When institutions protect the liberty of individuals, greater prosperity results for all.” Put simply, the freer people are, the more an economy grows and the more everyone benefits.

Smith wise formula is worth remembering these days, as Egypt is about to write a new chapter in its history by adopting a new constitution that embodies Egyptian hopes for a prosperous and democratic nation. International human rights experts usually speak of three "generations" of rights. The first generation of rights are political and civil and are known as the negative rights. Currently at the heart of the debates that animate the Egyptian society, they frequently tend to dominate both the second generation of rights which involves the state’s socio-economic obligations (the positive rights), and the third generation, commonly called "green" rights, such as the right to a clean and healthy environment.

This means that establishing democracy is not only about holding elections, but fundamentally requires the protection of political, social and economic rights. What is the value of living in a democratic country where rule of law, property rights, freedom of information and equality of opportunity are not the norm?  A democracy’s ultimate objective is to ensure the fundamental right of each individual to make his or her own economic decisions concerning employment, business opportunities, consumption and saving practices, and all other commercial and financial activities. The role of the state should be to protect and promote these fundamental rights. In an economically free society, policy implementation should rely, as much as possible, on incentives rather than on direct intervention. Its legislative and executive bodies should create an environment where labor, goods, services and capital can compete.

These and other socioeconomic rights are universally recognized as part of the inherent dignity to which humans are entitled. The International Covenant on Economic, Social and Cultural Rights, adopted by the United Nations in 1966, stresses the importance of protecting these essential rights by all appropriate means, including the adoption of legislative measures. From these essential rights flow the equally important guarantees for safe and fair working conditions along with fair and equal wages without distinction of any kind. Women in particular should be guaranteed conditions of work equivalent to those enjoyed by men, with equal pay for equal work. Personal choice, fair competition, the right to form trade unions and the protection of persons, property and economic activity, among others, are fundamental issues to achieve economic development, as well as a stable and egalitarian society.

It has to be said that on these key issues, Egypt still has a lot to do. According to the Index of Economic Freedom that ranks countries according to economic freedom around, Egypt is ranked as “mostly unfree” and its economy rates 100th out of 179 countries in the 2012 Index. Its overall score is 1.2 points lower than last year, reflecting declines in property rights and in business and financial freedom. Egypt is also ranked 12th out of 17 countries in the Middle East and North Africa region, and its overall score is below world and regional averages.

Hence, a serious discussion on the economic and social rights of Egyptians is crucial at a time when the country is gearing up to write a new Constitution. A special emphasis should be put on the establishment and enforcement of the rule of law as well as on strengthening the judicial system and procedures in order to immunize state institutions against political pressure and protect the economic rights and opportunities to which citizens are entitled.

The new constitution does not necessarily need to be overly detailed in economic terms. It only needs to guarantee the minimum human needs of its citizens, while remaining broad enough to be reinterpreted in ways that best meet the country’s needs at different moments and circumstances in its future. Nevertheless, constitutionally enshrined economic and social rights are important to help transforming Egypt into a society based on democratic values, social justice and fundamental human rights, and to reach the ultimate objective of the revolution: improving the quality of life for all Egyptians.