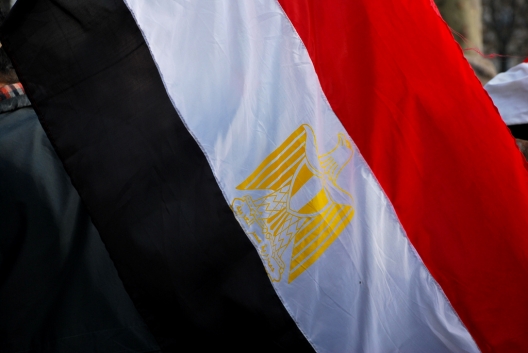 Gaining a new president roughly five months ago, Egypt’s domestic and foreign policies are slowly beginning to take shape. An energy crisis, subsidy cuts, and a grand megaproject remain at the forefront of President Abdel Fattah al-Sisi’s economic policy, while his foreign policy focuses on alliances with the UAE, Saudi Arabia, and mending US-Egypt relations. The following serves as a brief summary of where Egypt stands today.

I. President Sisi’s rise to power

Election: Abdel Fattah al-Sisi, the military general who toppled Mohamed Morsi claimed victory in Egypt’s 2014 presidential election in June with more than ninety-six percent of vote. The elections saw a voter turnout of 47.1 percent, compared with 52 percent in the 2012 elections. The government made heavy, if not at times frantic, efforts to boost turnout, including extending voting by an extra day.

Campaign Platform: In a campaign platform which consisted mainly of television interviews, Sisi highlighted ways to increase Egypt’s economic growth, stressed the need for austerity, and emphasized the importance of security along highly nationalistic themes. Although Sisi’s ascendance to power came amid popular protests against Morsi’s de facto authoritarian rule, his election campaign made little mention of democracy.

First 100 Days: After a hundred days of presiding over Egypt, Sisi appears to enjoy strong, but certainly not overwhelming, support. He continues to focus on rebuilding the state, the economy, and security, alongside an increasing state control over public and religious spaces.

Energy: Egypt is in the midst of a serious energy crisis is evident in countrywide electricity shortages and daily power cuts. In September, much of Cairo and its surrounding governorates were plunged into darkness in a widespread blackout that lasted several hours.

Public finances: With the goal of freeing up fiscal space for expansionary social policies, the state is gradually reducing subsidies and increasing taxes.

Source: CFR
External finances: On the other hand, Egypt received development assistance, totaling $12 billion, from Kuwait, Saudi Arabia, and the UAE since last July. Qatar’s $8 billion given prior to the Morsi ouster was returned. The large amount of foreign capital pouring in effectively prevented an acute currency depreciation, and supported the financing of the two fiscal stimulus packages initiated by the Beblawy government. Last month, the UAE pledged to provide $9 billion worth of petroleum products to Egypt over the next year.

Suez Canal Mega Project: Internally, cash-strapped Egypt raised $8.5 billion from the sale of Suez Canal investment certificates to citizens in less than two weeks. Sisi’s government has presented the Suez Canal mega-project as its flagship project, persuading citizens that investment in this project should be a national duty. Although the government has promised a 12 percent return, concerns about the lack of transparency, weak feasibility studies, and unclear economic benefits remain.

Egypt is faced with another challenge: the Sinai militant insurgency. While the military has been carrying out an intensive campaign against the insurgency in North Sinai since last summer, attacks on police and military personnel, and alleged informants are increasing. The most active group, Ansar Bayt al-Maqdis (ABM), was designated by the US government as a foreign terrorist organization in April. The Egyptian government followed suit a little over a week later. According to recent reports, ABM is also in close contact with the Islamic State of Iraq and al-Sham (ISIS), while Egyptian security forces arrested four men allegedly recruiting for ISIS in Egypt.

The Egyptian military has deployed multiple checkpoints around the Sinai Peninsula, tightly controlling the access to Sinai. Journalists and observers that entered Sinai have reported the military largely perpetrated human rights violations. More worrisome, the insurgency has spilled over into Cairo and other governorates. Twenty-two border guards in Farafra (Western Desert) were killed in an attack in July, but security forces still cannot identify the culprits.

Since Morsi’s ouster in July 2013, Islamists, non-Islamist activists, and ordinary citizens have been caught up in a sweeping crackdown. The government is using laws—particularly the demonstration law—the judiciary, media and informal powers to carry out repression.

The ministry of interior is enjoying a resurgence in unchecked powers, with torture and abuse in detention once again rampant. According to the independent group, WikiThawra, created by the Egyptian Center for Economic and Social Rights, at least 41,000 have been arrested between July 2013 and May 2014. A hunger strike movement both inside and outside of Egypt’s prisons has gained momentum, with detainees, journalists, and political parties joining. They are protesting their detention, prison conditions, and the repressive demonstration law.

Many Egyptians are exhausted after the post-2011 turmoil, and began to support the government crackdown, hoping Sisi’s strongman approach will bring security and stability to the nation. Cynicism over politics is prevailing, while social intolerance is also on the rise.

The Muslim Brotherhood has been one of the government’s primary targets in its crackdown. The group itself has been designated a terrorist organization, and its political party banned. Much of its top and middle leadership is in prison facing ongoing trials and convictions. Brotherhood Supreme Guide Mohamed Badie has been sentenced to death and life in prison in several cases. Mohamed Morsi is on trial for multiple charges, including prison break, espionage, insulting the judiciary, fraud, and leaking sensitive documents to Qatar. Those who are not in prison have fled the country. Many Brotherhood-operated businesses and charitable organizations have been shut down, and their finances confiscated.

Additionally, the government is trying to constrain Salafi activity, with the Nour Party, the only Islamist party that supported Morsi’s ouster, finding itself on the defensive.

The timing of parliamentary elections has yet to be officially announced, but both Sisi and Prime Minister Ibrahim Mahlab have stated that they will be held at the end of the year. The electoral law heavily favors independent candidates, giving them 75 percent of the 567 seats, over 20 percent to lists. The remaining 5 percent are appointed by the president. Pro-revolution groups have expressed concern that many former National Development Party (NDP) members will gain seats in this parliament. The 2014 constitution eliminated the Upper House of Parliament, the Shura Council.

Civil society organizations are coming under intense and increasing pressure. Many NGOs, particularly independent human rights and democracy groups that monitor government abuses find themselves under a microscope. Recently, the government banned all political activities on campus, and is drafting a new NGO law that many fear will be more restrictive than the Mubarak era law. The minister of social solidarity has also announced that all civil society groups must register with the minister or face investigation. With the deadline originally announced for September 2, the ministry extended the deadline for an additional forty-five days but has stated that it will not extend the deadline again.

The shrinking of media freedom has resulted in the near absence of an independent media in Egypt. Most private media outlets, particularly satellite channels, are intensely nationalist and highly supportive of state rhetoric.  Top media personalities continue to play a major role in rallying popular support for Sisi.

According to the Committee to Protect Journalists, at least eleven journalists remain in Egypt’s prisons. Among them are three Al-Jazeera English journalists who were sentenced to at least seven years in prison on charges of aiding a terrorist organization. The exclusion of dissenting voices has become increasingly commonplace. Bassem Youssef’s satirical and critical television show, Al Bernameg, was canceled, while prominent political and media personalities critical of the current government no longer appear on political talks shows.

The Muslim Brotherhood: Top concerns are keeping extremely close relations with Saudi Arabia and the UAE, and countering Qatar and Turkey’s pro-Muslim Brotherhood policies. While hints of a reconciliation with Qatar have been made, Egypt-Turkey relations have continued to deteriorate as the two nations have been embroiled in a spat since Turkish President Recip Tayyip Erdogan issued a harshly worded statement in which he criticized Sisi, and referred to Morsi as the “legitimate” Egyptian president.

Libya: On the security front, Libya’s unrest continues to be a primary concern for Sisi. Egypt has offered military training to Libya.

Russia: Sisi’s first foreign trip as president, however, was to Russia. As Egypt forges closer ties with Russia, one of the members of the Supreme Council of the Armed Forces, General Mohamed al-Assar has reportedly made multiple trips to Russia in recent months. Russian news agencies have also reported that Egypt has made a $3.5 billion preliminary arms deal with Russia.

Gaza: Egypt is to assist the Palestinian Authority in claiming a larger role in Gaza, if not in replacing Hamas rule. Egypt is continuing to mediate indirect negotiations between Israel and Palestinian leaders, while also co-hosting a conference in Cairo on rebuilding Gaza following the 50-day conflict.

Ethiopia: On the topic of Ethiopia, Egypt intends to resolve Renaissance Dam crisis through diplomacy.

ISIS: On the issue of ISIS, Egypt has pledged limited support for the US-led coalition against ISIS, stating that it is illogical for Egypt to direct resources elsewhere, when the country is confronting extremism within its borders.