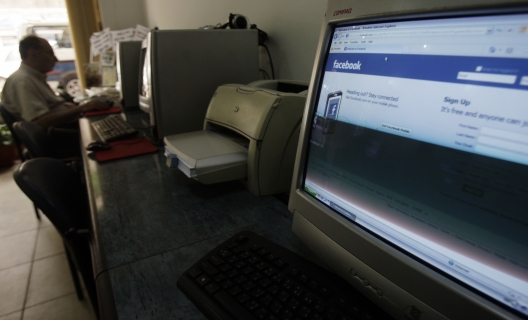 In 2007, blogger Karim Amer was sentenced to four years in prison on charges of insulting Islam and the president. It was the first instance in which Egyptian authorities targeted an individual on charges relating to online freedom of expression. Over the years, the public debate on online freedoms has grown, prompted by the advent of blogs dedicated to exposing human rights abuses, criticizing government policies, and calling for Egypt’s democratization. These arguments have since flared with the exponential influence of social media tools like Facebook and Twitter. Today, the dispute continues primarily between two camps: one seeking to tighten its grip on internet freedom through regulation, the other advocating for the protection of online freedom of expression. A new point of contention is in the making as Egypt moves forward with a new draft cybercrime law.

During the January 2011 uprising, former Minister of Interior Habib al-Adly moved to shut down internet services to disrupt protestor communications, proving the internet’s significant influence on public debate in Egypt. In the wake of former President Hosni Mubarak’s ouster, local media reported that the Muslim Brotherhood’s Freedom and Justice Party was drafting a bill to counter cybercrimes, while the party claimed it had no knowledge of the new law. Meanwhile, the current government’s plans for online freedom of expression were made clear in the passing of its 2014 constitution. Article 31 of the Constitution states, “The security of cyberspace is an integral part of the economic system and national security. The State shall take the necessary measures to preserve it, as regulated by Law.” Egyptian human rights organization, the Cairo Institute for Human Rights Studies, at the time warned that the article would “allow the legislature and security apparatus to harass bloggers and individuals expressing views critical of the authorities on social media.”

Today, the government’s efforts to curb freedom of online expression, most notably a new draft bill under consideration set to limit that freedom, are being publicized as tools in Egypt’s war on terror. In the wake of the January terrorist attack on Charlie Hebdo in Paris, President Abdel Fattah al-Sisi called on the United Nations to fight terrorism by blocking websites belonging to terrorist groups. In March 2015, during  his meeting with the President of the UN General Assembly, Sam Kutesa, he highlighted how extremists use the internet to recruit terrorists and secure funding. In his remarks at the twenty-sixty Arab Summit held in Sharm al-Sheikh late in March, Sisi warned of the “ threat of the internet” when used as a tool for terrorist groups in propagating extremism. He also indicated that the government is working on drafting general guidelines for the use of the internet.

In mid-December last year, the first concrete step was taken when Prime Minister Ibrahim Mahlab issued a decree forming the High Council for Cyber-Security, chaired by the Minister of Communications and Information Technology, Khaled Negm. Its aim, according to the government, was to combat cyberthreats, while online activists feared it would be used to clamp down freedoms.  On February 18, 2015, Mahlab issued another decree, this time forming a committee tasked with considering legislative amendments to national security laws. The aim was to give courts the jurisdiction to remove any online content related to terrorism. The committee is chaired by the Minister of Justice, and, like the High Council, its members include representatives from the ministries of defense, interior, communications and information technology, foreign affairs, and the General Intelligence Agency.

Most recently, in April, the government sent a draft cybercrime bill prepared by the ministry of justice to the State Council for review. According to Negm, the draft law criminalizes insulting citizens or the state on the internet or on social media, as well as falsely attributing a website or email to someone else. The law, the minister said, will also be used to combat incitement, terrorism, religious intimidation, and the use of personal photos and videos for blackmail.

Article 19 grants law enforcement agencies the right to submit a request to the prosecutor’s office to block websites featuring quotes, numbers, photos, videos, and any other material, promotional or otherwise, if deemed a threat to national security. The request is referred to the criminal court, which must issue its ruling within twenty-four hours. The use of “national security” as a pretext by the security apparatus to block websites is ambiguous and lacks a specific definition. In this vein, the law could be used to block news, cultural, or political sites that are not favored by the authorities, since they are the ones left to decide what constitutes a threat to national security.

Penalties in the new bill range from six months to life sentences and fines from 3,000 to half a million Egyptian pounds. The penalties increase if hacking crimes, or attempts to take a website down, are perpetrated against state-owned websites, as opposed to crimes against individuals or private companies. The bill also includes a sentence of no less than two years for anyone who builds, or collaborates in building, a website aimed at enabling crimes specified in the Penal Code. The jurisdiction of the cybercrime law would, as such, extend to crimes punishable by the Egyptian Penal Code. With its current wording, the draft law could be used as a pretext to prosecute political opponents and human rights defenders on vague charges such as publishing news, information, or false rumors, if it is found to disturb public security (Article 10bis); insults the President of the Republic (Article 179); or mocks religions and harms national unity or social peace (Article 98f).

The bill imposes a life sentence without the possibility of parole if any of the crimes listed in the law are committed with the purpose of disrupting public order; jeopardizing the safety and security of society; risking the lives and safety of citizens; hindering authorities in performing their duties; blocking provisions of the Constitution, laws and bylaws; harming national unity and social peace; deriding scriptural religions; or undermining any rights and freedoms ensured by the Constitution. The use of these vague expressions have customarily been used by successive Egyptian governments in drafting legislations to undermine rights and freedoms.

Negm has defended the draft bill, saying, that it was in part prompted by Egypt’s recent ratification of the Arab Convention on Combating Information Technology Offenses. Under Article 5 of the convention, Egypt is obliged to criminalize offenses related to illicit online activity. He indicated that the current government is leaning towards cooperating with Arab states in combatting cyberterrorism, and that at an upcoming meeting of Arab communications ministers, the focus of discussion will be “how to combat calls for incitement on the internet.”

He also said “For the first time judges will have a law to assist them in deciding cybercrime penalties. The law will deter any perpetrators of hacks, abuses, terror promotion, contempt of religion, or sexual crimes.” While international terrorists groups have undoubtedly mastered using the internet for worldwide communication and recruitment, combating terrorism should not be a pretext for undermining online freedom of expression and communication.