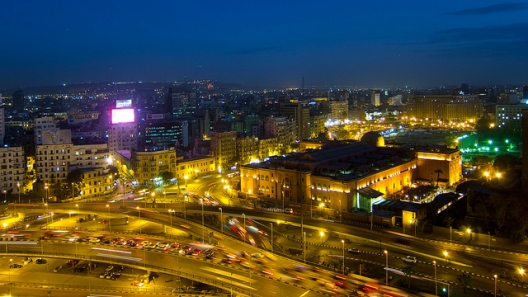 Four years ago Egypt’s January 25 revolution lit a bonfire under the nation’s political imagination and heralded in the age of the Silicon Valley-esque tech entrepreneur. Today, for many, those bourgeoning political hopes have been dashed, but the country’s growing entrepreneur class is still moving from strength to strength and they’ve reached a stage where Egypt may no longer be big enough to sustain them.

The ecosystem – startup jargon for the companies, investors, business incubators and support programs which cluster around entrepreneurs – has come from almost nothing in January 2011, growing into a thriving octopus of activity.

There are at least ten incubators in Cairo alone. One of the first—Flat6Labs—has started expanding throughout the region. Several government ministries are also set to unveil their own, although unconnected, entrepreneur support projects in September. And international investors are cautiously eyeing the array of startups alongside an increasing number of local funders, for whom the last four years has been a crash course in venture investing.

Most importantly, the startups themselves are beginning to take flight.

Cairo-based in-app bug-testing tool Instabug moved to the US (and came back), printer cartridge recycler Spear Ink to Dubai, while anyone around the world can buy Integreight’s Android developer aid 1Sheeld on Amazon. These startups tend to maintain close ties with Egypt – Spear Ink’s main factory is still in Alexandria for example – but given the small number of startups expanding offshore yet, it’s too soon to tell whether this will be a net benefit or negative to the country.

Add in the hundreds of other startups spanning everything from digital health, agritech, transport, crowdfunding, and social enterprises, and Egypt’s entrepreneurs are growing up.

Emily Renny, a cofounder of crowdfunding startup Tennra, who also works for a social entrepreneurship support program, says interest in entrepreneurship is now coming from all across the country – from Aswan palm frond recycler Nakhla to Erle7la, a startup networking ‘camp’ in Nuweiba, central Sinai.

“Programs like Injaz’s Start-Up] and last year’s Pioneers of Egypt Start-Up program–both entrepreneurship training programs–have seen start-ups from outside the Cairo entrepreneurship bubble enter the ecosystem with a variety of different types of product and services,” she said.

Television program El Mashrou3 (The Project) finished its Shark Tank-style show, aired in Egypt on the Al Nahar channel, early last year. It launched with a vision of bringing entrepreneurship to the masses.

Rasha Tantawy, head of entrepreneurship and business support at the government’s Technology Innovation & Entrepreneurship Centre (TIEC), says Egypt’s ecosystem has reached growth stage: companies that are three or four years old now need investments starting at $2 million, instead of a few thousand, and tips on how to expand internationally rather than how to launch their first product into the market.

“When something becomes very trendy and everybody is doing it… after a while the sand settles and you can tell who is serious,” she said. “I think it is at that stage.”

She believes the next step is the “internationalization of Egypt’s startups.”

“(Egyptian startups) have been going into global markets, some have gone all the way to Silicon Valley and have been quite successful there. I think we’ll see more of that, because once you have one or two or three successful stories (in a row), it makes it a lot easier for others to replicate that story.”

But mostly it needs money.

“For the ecosystem to grow we need to grow a lump sum of investable startups that seem lucrative to investors globally. To create them, we need to have local investors that invest money,” she said. “If we cannot find proper amounts of money… then I think (the ecosystem) will collapse.”

Egypt currently has several angel investment entities, including Cairo Angels and KI Angels, and Flat6Labs opened a venture capital fund last year. But there’s still a shortage of funders for startups needing the step next of investment.

He says it’s time the ecosystem started showing some tangible results, but this should happen in the coming twelve months as firms like his line up some big sales of the startups they’ve invested in.

“This feedback is critical to maintain the belief of entrepreneurs and investors in the viability of the model of the fast growing tech startup,” he said. “This is not only important in sending signals to potential entrepreneurs, but also in sending a strong message to talent that entrepreneurs need to attract for their startups to grow.”

Attracting good employees is one of the biggest challenges entrepreneurs in Egypt face. A hidebound education system hasn’t fostered the modern analytical skills many startups need, and those professionals who startup founders do want to hire may be too expensive.

Renny says although founders are passionate and willing to work jobs on the side to fund their companies, asking others to join them for a small salary or an equity stake is “challenging.”

“Startups can struggle to compete with the salaries on offer in international companies or the perceived opportunities of emigration,” she said.

Mokhtar says it’s something that must change for entrepreneurship itself to take off on a large scale.

“Until today, this talent remains more confined to the traditionally more attractive corporate world… Egypt has a strong well established corporate sector which is a double edged sword. Professionals need to see their colleagues who joined startups getting adequately rewarded for the risks they have taken.

Other issues include Egypt’s byzantine legal and regulatory system. Although setting up a business has been cut down to mere days, bankruptcy laws still criminalize people, and there is no legal structure for much of the startup sector, from setting up a venture capital firm to providing stock options to employees.

Egypt’s startups are on the cusp of maturing into the next stage of the business cycle, but without money or talent the whole edifice is at risk of faltering. However, as players across the ecosystem have matured alongside each other from the start, there are signs that the whole system, not just the startups leading the charge, is preparing to mature as well.