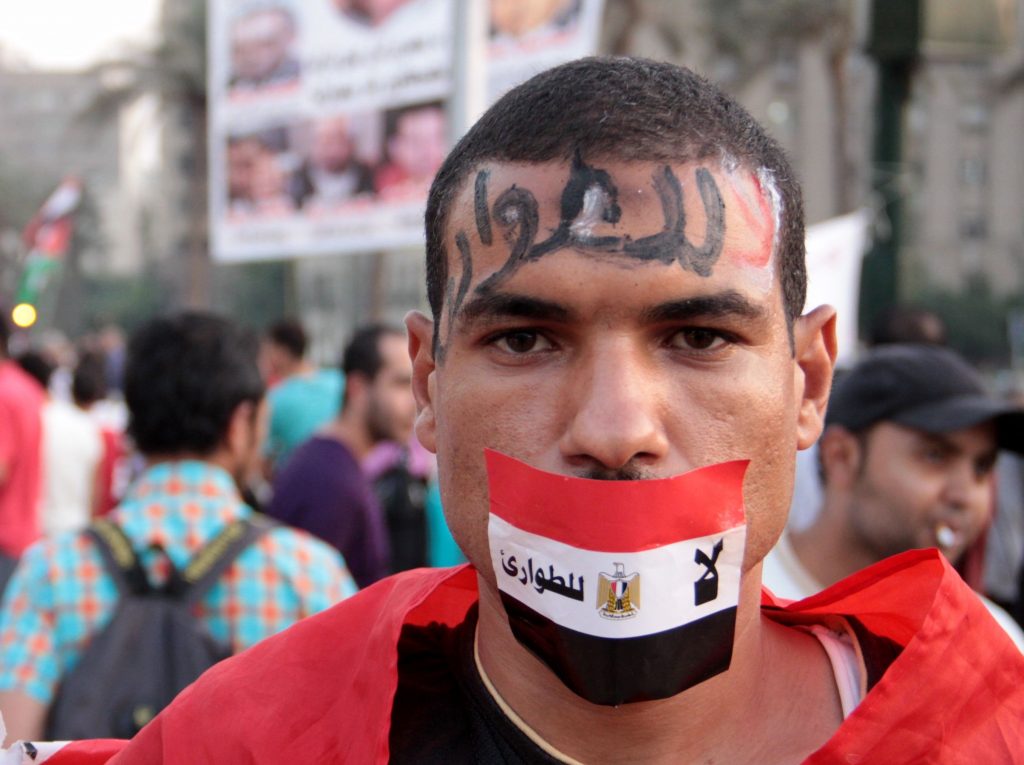 As Egyptians look to their future with a mixture of hope and fear, their aspirations for democracy lie in the presidential elections and the constitutional drafting process.

However, the most crucial issue at this historical juncture is a fundamental shift in the collective consciousness towards a universal respect for the rule of law. Without this, progress is illusory.

The revolution has evolved from street demonstrations to reforms of the structural foundations of society. The education system must be completely revamped from a stale system of rote memorization to one that emphasizes critical thinking alongside modern technological training.  The health system is in need of reform to incentivize the best and brightest doctors to stay in Egypt, instead of migrating abroad, in order to advance the medical profession.  And the legal system deserves state investment and restructuring to allow businesses to rely on the courts to resolve disputes fairly and in a timely manner.  Without these, and many other reforms, Egypt’s revolution will remain a dream rather than a reality.

The underlying principle to such critical reforms is the commitment to the rule of law.  Adherence to rule of law will end the pervasive corruption and unjust enrichment of wealthy elites and corrupt politicians that robs the nation of its potential.  Rule of law ensures no one is above the law irrespective of their wealth, political stature, or familial connections.

Universal respect for the rule of law, as simple and obvious as it may seem in the context of a North American democracy, may not be so easily integrated into the Egyptian culture. There are ubiquitous elements in Egyptian and Arab culture which stand in clear dissonance with any notion of universal and equal application of the law. Bribery (“rashwa”) is so widespread that something as simple as getting a drivers’ licence can be almost indefinitely delayed if you do not provide the right incentive to the right civil servant. Even worse, if you simply decide not to get a driver’s licence at all, a bribe to any police officer that pulls you over will have you on your way with little to no difficulty.

Thus, for real change to occur there must be a change to the national culture, not only the system of governance.

Fortunately, Egypt’s population is comprised of an optimal mix of generations for such a shift to take place. On one end of the spectrum, Egypt’s youth are a large segment of the population eager to see change and motivated to strive for a more just society based on merit instead of personal connections.  On the other end, the nation’s seniors remember back to pre-1952 when Cairo was flourishing as one of the most multicultural and cosmopolitan cities in the world.  They remember a time when Christians, Jews and Muslims lived and worked together in peace. They also saw the birth and growth of a very different Egypt after 1952 in which corruption grew and tension bubbled beneath the surface until it ultimately exploded in 2011. Having experienced the ugly consequences of a society that flouts the rule of law, this older generation, in combination with the youth, constitute a recipe for a shift in the national consciousness.

Such shifts in a nation’s consciousness have been attempted in the past in a variety of contexts. South Africa, in transitioning to a post-Apartheid nation based on racial equality, is affecting this shift through intentional efforts to redefine how South Africans conceive of race.

In the United States and Canada, we can view public health campaigns surrounding drinking and driving as another example of how a shift in national consciousness can take place. The campaign against drinking and driving changed what was once a common practice into a vilified and anti-social activity. This shift took place over a period of about twenty years through concerted efforts on the part of government and interest groups to educate the public on the dangers and consequences of drinking and driving.  Similarly, shifting Egypt’s national consciousness towards universal respect for the rule of law can take place through concerted efforts to educate the public on the dangers and consequences that practices such as bribery can have.

Once this shift occurs, constitutional and legislative reforms will be much more effective, resulting in greater respect for minority rights, freedom of speech and assembly, and the creation of more fertile ground for international investment and tourism.

Kristin Debs is an Egyptian-Canadian lawyer working with a firm that provides consulting and program evaluation services to the non-profit sector and government. Ms. Debs is also a member of the Egyptian American Rule of Law Association (EARLA).