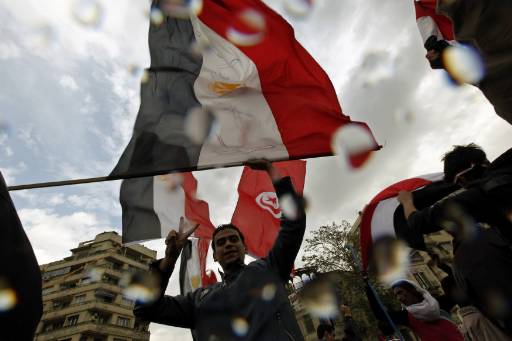 Deep political contention has emerged over the creation of the Constituent Assembly — charged with drafting Egypt’s post-revolutionary constitution —  revealing with great clarity the many shortcomings of the transitional administration which has been in power since February 12, 2011. On the one hand, it has become evident to everyone at this point that the infamous debate which began in March 2011 over "Constitution or Elections First?" was not a debate of abstractions, devoid of consequences. On the contrary, it proved to be the worst crisis to hit Egyptian politics since the revolution successfully ousted Mubarak and his gang.

This is evidenced by the fact that the constitutional crisis has been a fixture throughout the transitional period, the most salient example being the matter of the supra-constitutional principles which has taken over Egypt’s political scene with endless discussion, debate and discord over many months without any notable breakthrough.

On the other hand, it is perhaps not an overstatement to say that everyone now realizes the extent of the error made by those who backed the elections-first formula and casted a "yes" vote in the March referendum. Those who rejected the referendum wholesale and voted "no" offered numerous arguments in support of their claim, such as the urgency of laying out the rules of the game before engaging in it. They also deem it inconceivable that the country and its people should be preoccupied with electing a legislative council the extent of whose constitutional powers are not entirely defined and clear. Moreover, supporters of the "no" vote on constitutional amendments were not initially opposed to the content of these amendments; the whole idea was to denounce the approach adopted by the Supreme Council of the Armed Forces (SCAF) for managing the transitional period.

In addition to the above and other arguments, it has become clear, concerning the creation of the Constituent Assembly, that we, the people and rulers of Egypt, have let slip by a historic opportunity, a "perfect societal moment" to write revolutionary Egypt’s constitution, that moment that extended from February 12, 2011 to March 19, 2011. I am referring here to the state of universal consensus that pervaded Egyptian society, across the spectrum, following the toppling of Pharaoh and his sorcerers. Indeed, that moment of agreement should have been invested since day one, in a proper and organized fashion, in building a political framework for post-revolution Egypt, the cornerstone of which should be, of course, the mother document: the constitution.

What occurred, though, was the very antithesis of that. The common purpose was torn asunder as a result of the political sin that was the "March 2011 Referendum". This political sin shifted the entire debate from "universal consensus" to the court of the political majority which was built on acute political polarization, of both "Islamist" and "non-Islamist" coloring. We have been suffering from the effects of this polarization since last year. We have witnessed it firsthand on numerous occasions starting, notably, with the legislative elections. We are witnessing it at present in the controversy surrounding the drafting of the constitution before shortly moving on, under the clouds of the same polarization, to the presidential elections battle. May Allah forgive us, one and all.

As we go through the crisis of forming the Constituent Assembly, forced to face a reality devoid of agreement, I offer a number of observations:

With only a few remaining weeks before the elections, it is practically impossible to complete the constitutional process in time. It should be noted here that this mission includes the creation of a Constituent Assembly, its convention to draft the constitution and submitting this last to public discussion so that the people are familiar with its content before moving on to the referendum which includes a popular vote. Upon announcing the results of this vote, a deadline may be established for a re-vote in case the people reject the proposed constitution. The re-vote will, of course, be preceded by a second convention of the Constituent Assembly to amend the provisions rejected by the people and to present them again for discussion. It is evident from this very brief illustration that it is inconceivable that the new Egyptian constitution will be finalized before the upcoming presidential elections. The only way that this feat can be accomplished is to draft two documents, the constitution and its death warrant, since the constitution will surely miscarry for reasons too obvious to tally.

Some might ask: How will the new President carry out his duties? The answer is quite simple. On the one hand, I reiterate that the issue is beyond our control. It is rather imposed on us by practical necessity, as drafting the constitution before the presidential elections is unfeasible. On the other hand, we have been through this time and again throughout our political history. The most recent such example is what we are effectively experiencing with a legislative authority elected under a provisional constitutional declaration and is currently exercising its powers. If that applies to Parliament – such as it is or what we want it to be, not what it should be – then it doubtlessly applies to the executive authority represented by the head of State. Moreover, the new President will exercise his powers according to the terms of the constitutional declaration, just as the Supreme Council of the Armed Forces has been exercising the functions of executive authority for the past fourteen months.

The second argument in favor of deferring the drafting of the constitution is that the prevailing political climate in Egypt at the moment, based solely on acute political polarization, is not favorable for such a task. I believe that we are best advised, at this time, to traverse this turbulent phase of the revolution to the point of fully passing the power on to the President-elect. Not only does this issue merit our undivided attention, it also bears no delay. It will serve as a respite from the battle of the constitution and direct our focus towards the presidential elections in order to choose the most suitable "person" to whom it falls, to a large extent, to enforce the constitution and observe its controls.

The final argument involves a fairly critical matter. It is widely known that a lawsuit was filed before the Supreme Constitutional Court to challenge the constitutionality of the legal provisions which defined the parliamentary electoral system. Regardless of legal opinions on the affair, the court is bound to either accept the case, which inarguably entails the dissolution of Parliament, or reject it and keep Parliament running. As the constitutional judgment is yet to be issued and its date still unknown, I can authoritatively say that the only possible leeway for us is to steer Parliament clear from the matter of the constitution entirely. And the only way to achieve that is to postpone handling the constitution until after the presidential elections are held, then to adopt a new course for creating the Constituent Assembly.

Regarding the question of how to carry out the deferral, it is inevitable that a constitutional declaration be issued to nullify article 60 of the temporary constitution without describing the method through which the Constituent Assembly is to be selected, leaving the matter to be fully handled after the presidential elections. I admit that the proposal is an unexpected one, which will open it to objections claiming, for instance, that it places us at the mercy of the future President to settle the issue at his own discretion.

This argument prompts the following question: Isn’t dealing with an elected head of State — empowered by truly competitive elections meeting the people’s aspirations — preferable to dealing with a military council which has not only disgraced the Egyptian armed forces but the whole of Egypt as well? This very military council which assumed power — given the contraints of realities on the ground  — as a "steward" of the "revolution" failed to uphold its stewardship and turned into a censor, refusing to view the situation as a revolution but rather saw it as a minor reform movement, at best.

Furthermore, the proposal does not assume lack of all constraints, allowing the President to act as he pleases. I would recommend that, ideally, panel members be assigned, not elected through direct, universal or indirect suffrage as currently instituted by the temporary constitution, the cause of all the trouble. In this context, it is worth mentioning that all Egyptian constitutions, since 1866, were established by a committee that was assigned or selected in one way or another. The true crises that we have experienced throughout our political history were not related to the constitutions per se, nor to the means of creating them. They rather originated from a lack of faith in the supremacy of the Constitution and the need to enforce its provisions on rulers and the ruled masses alike. Nipped in the bud, the 1954 constitution offers a pertinent example. Its drafting panel was fully assigned by the July Revolution Command Council and crafted a great constitution which was never to see the light of day simply because it was cast in the hands of rulers who declined to abide by a real constitution. Finally, on the casting of votes, it should be said that, at the end of the day, establishing a constitution, stems from the will of the people who decide, by referendum, whether to accept or reject the draft.

In order to implement this assignment or selection proposal, I suggest that two representatives of each of the three constitutional authorities convene during the month of July. The executive authority shall be represented by the head of State and the Prime Minister, the legislative authority by the speakers of the People’s Assembly and the Shura Council, and the judicial authority by the chiefs of the Supreme Judicial Council and the State Council. The meeting will feature discussion of the best means to select the 100 members of the Constituent Assembly, with five members representing each of the three authorities on the panel and the remaining 85 members representing the various denominations. The reason behind choosing those six figures — and their offices — is that they are all legitimate representatives of the three branches of government, so that no one person monopolizes the voice of that authority and no one authority monopolizes the debate.

The responsibility falls to two representatives of each authority and to all three authorities together. Moreover, the principle is reinforced by the fact that committee decisions and actions are taken through a casting of votes. In the event of a tie, the stance of the head of State, as holder of the highest level of legitimacy as an official elected directly by the people, is adopted.

The above is simply a proposal open to additions and alterations. It is merely meant to pave the way for a wider discussion of the issue. I am well-aware that some will deem the suggestion as a whole (postponing the drafting of the constitution, changing the way the Constituent Assembly is created) infeasible. My question to them is this: Is it more commendable to sink deeper in our error or to correct our course? Some will deem it unrealistic, and I believe I am entitled to ask them what, other than the death of our creative imagination, has brought about our decay and the decay of our nation?