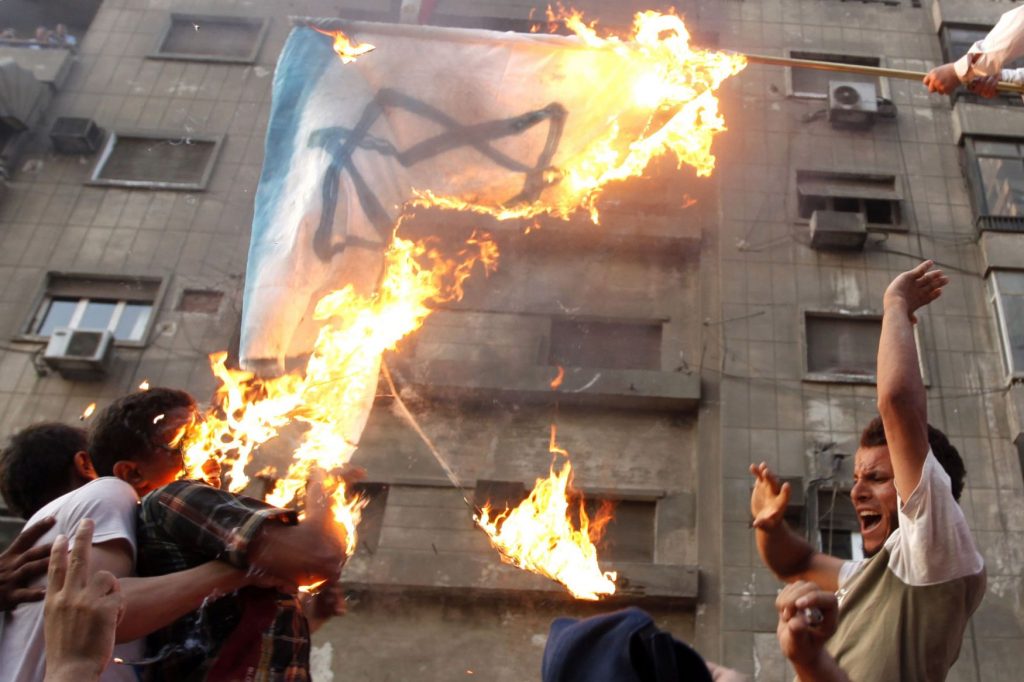 In the days leading up to the presidential election, political debates in Egypt have focused disproportionately on domestic issues. Voters and candidates have sidestepped concerns over Egypt’s regional role and strategic interests and the avoidance of these issues has resulted in a great deal of uncertainty surrounding the trajectory of foreign policy after the revolution. Regional and foreign policies will be heavily determined by Egypt’s next president, and this analysis will outline the different agendas that each of the leading candidates — Amr Moussa, Abdel Moneim Aboul Fotouh, Hamdeen Sabahi, and Mohamed Morsi – are likely to pursue.

Starting with their similarities, the candidates seem to agree on the need to resolve a longstanding dispute with Ethiopia over access to Nile water. Egypt’s declining soft power in Africa undermined Egypt’s legal claims to the Nile water, which are now being challenged by an alliance of upstream states led by Ethiopia. In May 2010, the alliance boldly proposed a new treaty known as the Cooperative Framework Agreement (CFA) that would reconfigure the water-sharing equation to the advantage of the upstream states by abrogating Egypt’s right to veto the building of dams and reducing Egypt’s quota of Nile water. It is expected that any of the four leading candidates will strongly oppose the ratification of the CFA to preserve what they view as Egypt’s historical rights to the Nile waters. This sense of entitlement can be attributed to the fact that Egypt is considered the largest oasis in the world, and the ancient Egyptian state derived much of its strength from its ability to regulate irrigation.

The current imbalance of powers between downstream countries (Egypt and the Sudan) and upstream countries (led by Ethiopia) – against the interests of the downstream countries – could be remedied in Egypt’s favor relatively easily, unlike the overall balance of powers in the Middle East. If the next president succeeds in restoring a favorable balance of power, it will most likely be through soft rather than hard power. Indeed, Mubarak’s unwillingness to resolve this vital issue was what enabled upstream countries to conclude a framework agreement that could significantly undermine Egypt’s historical water rights. Mubarak and his foreign policy advisors tried to justify their failure to resolve the Nile basin issue diplomatically by arguing that Egypt’s regional power would be enhanced by a shift from soft to hard power.

The Palestinian issue and Gaza will remain vital for Egypt, not only due to Gaza’s geographical proximity to Sinai and the fact that the resolution of the issue is crucial to protecting Egypt’s national security interests, but because the Palestinian issue is the gateway to regional power. A case-in-point for this assumption is Egypt’s experience in the 1950s and 1960s, Iran in the post-revolution era, and the growing friction between Israel and Turkey seen over the past five years.

Regardless of the winner of the presidential election, Egyptian-Israeli relations are headed for a cold phase, relative to the cordial cooperation seen during the Mubarak era. It seems that Sabahi with his manifest Nasserite platform, and Aboul Fotouh with his Islamist background, are the candidates most sympathetic to the Palestinian people and its cause, compared to their rivals, Mohamed Morsi and Amr Moussa. Aboul Fotouh and Morsi are likely to build their policies towards Palestine based on Hamas’s interests. Moussa, however, will pursue his longstanding policies vis-à-vis Israel, characterized by making bold rhetorical statements that are not backed up by any concrete actions.

In any case, the current regional balance of power will play a key role in influencing future Egyptian policies towards Israel. However, Egypt’s next president will have no interest in provoking a war with Israel, and the cooling of the bilateral relationship is unlikely to go beyond halting the export of natural gas, stopping normalization with Israel, and probably amending some provisions in the Camp David Accords to permit Egypt to maintain a full military presence in the Sinai.

Many have censured Amr Moussa for his embarrassing slip-of-the tongue on the campaign trail, in which he described Iran as "an Arab country,” despite his many previous statements identifying Iran and Turkey as Egypt’s regional competitors, not partners. Moreover, Moussa himself launched the "Arab Neighboring States Policy" in 2010 during his tenure as Secretary General of the Arab League – an initiative that was criticized by Cairo and Riyadh at the time – which proposed strengthening ties with both Turkey and Iran, among other states. However, Moussa’s has faced pressure to strike a more nationalist tone on the campaign trail, and his campaign platform calling for a revival of Egypt’s leadership role in the region has made him less inclined to support cooperative policies with Istanbul and Tehran.

Abdul Moneim Aboul Fotouh’s campaign platform seems to have drawn inspiration from the Turkish model, which is reflected in his economic policies as well as his campaign slogan calling for Egypt to join the ranks of the “20 strongest nations economically worldwide by 2022.” This ambitious slogan echoes the rhetoric of Turkish Prime Minister Recep Tayyip Erdogan as well as the slogans raised by the Justice and Development Party during Turkey’s recent parliamentary elections.

Morsi, the Muslim Brotherhood’s candidate, seems to respect Turkey’s economic experience and foreign policy. But at the same time, he, together with the Brotherhood, is careful to keep Turkey at arm’s length, because Turkey’s secular identity represents an obstacle to the Brotherhood’s historical aspirations for leadership of the Islamic world.

Sabahi has acknowledged Turkey’s rising influence and has expressed openness to learning from some of the successes of Turkish model. However, the core of his foreign policy platform is built around the idea of restoring Egyptian leadership of the Arab region. As such, he would be willing to cooperate with Turkey as a neighbor, but would never accept Turkish supremacy in the region.

The greatest point of divergence among the four candidates is on the issue of Iran. Amr Moussa is not particularly antagonistic toward Iran, as Mubarak had been; however, his commitment to strengthening regional linkages among Arab states will prevent him from allying with Iran. The same applies to Morsi, but for different reasons. Although the Brotherhood has historically maintained ties with Iran since the 1950s, the Brotherhood has actually tried to downplay the significance of its religious ideology since the uprising, perhaps to preempt fears that Egypt’s transition is beginning to resemble Iran’s Islamic Revolution.

Aboul Fotouh and Sabahi are expected to be more pragmatic and open to engaging with Iran in comparison to Moussa and Morsi. However, Aboul Fotouh’s respect for the Turkish model will make him more inclined to stake his regional bets on Ankara’s rising power rather than Tehran’s. Sabahi, who seems more sympathetic to Arab and Islamic resistance movements, is the most likely among the four candidates to seek more cooperative relations with Iran.

Future relations with Arab Gulf countries are perhaps the most uncertain. None of the candidates explicitly addressed Egyptian-Saudi relations on the campaign trail. However, Saudi Arabia seems to prefer Amr Moussa for several reasons. First, the other three candidates have intellectual and ideological backgrounds that may be at odds with Saudi Arabia’s monarchical and Wahhabi traditions. Moreover, Saudi Arabia is wary of the Muslim Brotherhood’s political aspirations and rising power, which could eventually eclipse the Saudi politico-religious model of governance, and therefore Morsi and Aboul Fotouh are regarded as potential threats. The same applies to Sabahi, who carries the Nasserite legacy of longstanding  tensions with Saudi Arabia and disagreement with its regional and international alliances

Mustafa El-Labbad is the director of the al-Sharq Center for Regional and Strategic Studies in Cairo.