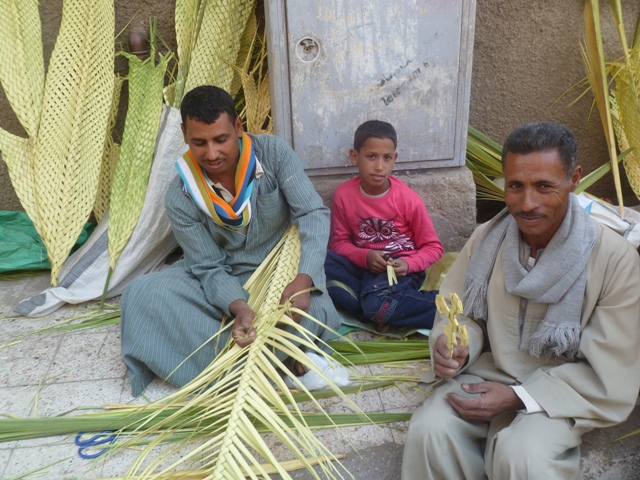 “I have nightmares every couple of days,” said Sara Shuhdi, a 23 year old assistant professor of analytical chemistry at the German University of Cairo. “I don’t see a bright future for Egypt; maybe it would be better for me if I left.” Fifty-five days of fasting concluded on Coptic Easter, celebrated this year on May 5 according to the eastern calendar. Always a period of reflection and joy for Egyptian Christians, this year the community is deeper in the former and subdued in the latter.

Shuhdi should have much to be thankful for; instead she rarely leaves her home. She lives with her sister near campus in the upscale neighborhood of Fifth Settlement having moved from Upper Egypt where her family still resides.

“I would like to travel abroad to complete my studies,” she said, “but I would want to return. I don’t want to leave Egypt permanently.”

But what if capable, intelligent Shuhdi found a great opportunity while studying abroad? Would she really come back? Might her Upper Egyptian family encourage her to stay? Limited in means, might she represent their best opportunity to emigrate and find a better life in the Coptic Diaspora?

Such thinking offends Fr. Seraphim, a Coptic Orthodox priest in Dayrut, in the governorate of Assiut.

“Of course we must stay here,” he said. “Our history, family, and churches are here – we cannot leave Egypt.”

He mirrors many Copts, however, in their expectation of deliverance. “Egypt cannot stay as it is now, the army and good Muslim leaders will not allow it,” he said. “What we see now is not Egypt.”

But, in his opinion, whether the army or anyone else, God will redeem his people. As proof, he gave an interpretive lesson in recent Coptic history. “Sadat imprisoned Pope Shenouda and forty days later he was assassinated. Mubarak engineered the Two Saints Church bombing in Alexandria and within forty days he was deposed.”

As for Morsi he offers no particular prediction, but sees that he has failed to protect the Copts from a deep Islamist chauvinism.  “Muslims see us as if we are very few,” he said. “They tell us if you like it here you can stay, and if not, you can feel free to leave.”

Emad Awny is of the same mind as Seraphim, but as a businessman and aspiring politician his solutions are of this world. Rejecting completely the idea of Coptic ‘fewness’, he estimates they are 40 percent of the population of Assiut, and points to a chamber of commerce report stating Copts control 64 percent of local business.

“We feel safety in Assiut and are able to do business and defend ourselves against the Islamists,” he said. “Many people are thinking of emigrating and many have, but we will not leave our country or let ourselves become second class citizens.”

Awny is the owner of Aman Group which specializes in air-conditioning and elevator installation, claiming the largest market share in Assiut. Not surprisingly, he sees investment and employment as the solution, with strategic targeting.

“The civil current – Muslims and Christians together – must provide a different way of thought and raise consciousness through business,” he said, “especially in poorer areas susceptible to extremism and ignorance.

“We must invest in these areas especially so as to lift the state of our country.”

But for Fr. Kyrillos, business is exactly the problem – there is none. The Orthodox priest of the 90 percent Christian village of Saragna in Assiut, he has seen on average one male member of every family migrate for work.

To stem the tide, after the revolution he started a rice business and succeeded in employing 20-30 people. Yet with 500 in Europe, 400 in Kuwait and Libya, and 300 on the Red Sea coast, he hardly makes a dent.

“Most of the Christians are trying to find some way to leave,” he said. “It was like this before the revolution because of the bad economy, but now it is worse.

“Twenty years ago, I tried to convince Copts not to emigrate, but now because of the bad economy I bless them if they want to go.”

His advice is spiritual and communal. “I tell them to stay in the church, to take care of the faith of your children, and maintain your links to Egypt.”

Bishop Thomas of Qussia, a regional city in Assiut, has tried for years to be both spiritual and communal. It does not always work.

“I raised people here, trained them, and watched them grow and become productive members of society,” he said. “And then they leave? It is sad.

“I can’t prevent them but I encourage them to stay. I try to speak to their conscience to make their land a better place. Why would someone leave their home and become a foreigner forever?”

Thomas blames Egypt, demanding self-reflection for any country which cannot keep its best and brightest citizens – Muslims and Christians – at home and working for the motherland. But in a stinging critique he looks at the larger regional dynamics, and asks where the Christians have gone.

“Why are the demographics of the whole Middle East changing?” he wondered, “I leave this question to the conscience of humanity.”