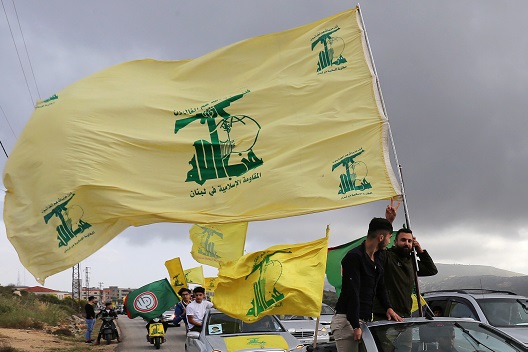 Hezbollah has been instrumental to Iran’s power play in the Middle East, and its behavior is often evocative of Iran’s priorities in Syria and Lebanon. As the United States ramps up sanctions against Tehran and the war winds down in Syria, Hezbollah has adapted by scaling back and shifting its role in regime areas while escalating its political rhetoric and activity in Lebanon.

Hezbollah’s intervention in Syria has been the group’s greatest military undertaking. Hezbollah has benefitted significantly from combat experience in Syria, where it has learned to fight in challenging and diverse geographical environments. Beginning as an insurgency group, the organization has morphed into a more conventional—and significantly larger—hybrid paramilitary, now capable of sophisticated and coordinated operations.

Concomitantly, the organization has beefed up its advanced weaponry over the past 10 years. Hezbollah reportedly possesses more than 130,000 rockets and missiles, including ballistic guided missiles fitted with large warheads. Previous interviews with Hezbollah fighters also point to the organization having acquired an advanced air defense system and unmanned aerial vehicles.

As frontlines deescalate throughout much of Syria, and the organization is increasingly faced with financial challenges due to sanctions and Iran’s economic woes, Hezbollah is scaling back its involvement in Syria. According to a source close to militants within the organization, thousands of Hezbollah fighters have returned to Lebanon in the past year. In addition, the organization seems to be focusing on the next phase of the Syrian de-confliction process by preparing forces to be integrated into the larger Syrian army. Recently, several media reports have pointed to the increased involvement of Hezbollah in training pro-regime forces to be merged with the Syrian army. A member of the Syrian Hezbollah-trained militia Quwat Ridha, who spoke recently to the author on condition of anonymity, confirmed that Hezbollah was now providing training to units of the Syrian Army. Such training, he explained, includes weapons drills with machine guns and rocket-propelled grenades as well as urban warfare training, using training facilities at camps in Syria established by Hezbollah.

As early as 2015, media reports emerged of Hezbollah’s training of Syrian army members. At the time, the website South Lebanon purportedly showed video of a Hezbollah militant training a Syrian Army commander. Now, as Russia attempts to restore the Syrian army’s might while cracking down on loose pro-regime paramilitaries, Hezbollah also appears to be stepping up efforts to rebuild the Syrian army and auxiliary forces.

A recent article published by Al-Modon highlights Hezbollah’s training of former rebels who signed a reconciliation agreement with the regime in the wake of the fall of Southern Syria this summer. It seems Hezbollah is most active in the northeast of Deraa, where it has trained dozens of militants who were later integrated to the 9th brigade of the Syrian army. A source told Al-Modon that the training provided by Hezbollah in the Lajat area in Deraa covers face-to-face combat involving light weapons.

According to Nawar Shaaban, an analyst at the Turkey-based Omran Disasat, Hezbollah also appears to be training Syrian army brigades in the Deir Ezzour region and “members of private security firms that are being set up in Syria.” Shaaban argues that Russia may be putting pressure on Iran and Hezbollah to focus their attention on official Syrian army institutions as it tries to consolidate military power in the hands of the state. However, despite seemingly heeding Moscow’s command, Iran’s view of the Syrian military institutions diverge ultimately from Russia, with Tehran favoring the build-up of semi-state military actors pliable to its regional interests as demonstrated by scenarios in Lebanon and Iraq.

In nearby Lebanon, Hezbollah is working on further consolidating its power over the political system. Strengthened by its electoral performance last May, which granted the organization an absolute majority in the Lebanese parliament, Hezbollah now intends to translate its advances, specifically within the Sunni community, into the government. Despite a political deal over the cabinet formation announced in late October, Hezbollah is now blocking cabinet formation and demanding seats for its Sunni allies from the share of Sunni Prime Minister Saad Hariri, head of the Future Movement. Demonstrating this resolve, Sayyed Hassan Nasrallah, Hezbollah’s leader, recently threatened “we will remain at our allies’ side no matter how much time their issue would take,” before accusing the prime minister of inciting sectarianism. Despite pressure, a former member of parliament in the Future Movement, Dr. Moustapha Allouch, told the author in an interview that “Hariri will not back down and has ruled out allocating any of his cabinet seats to Hezbollah’s allies.”

Annahar analyst and expert on Hezbollah Brahim Bayram spoke with the author and denied any regional linkage to Hezbollah’s demands in Lebanon, adding that these demands were based on the new parliamentary reality that has stripped the Future Movement headed by Hariri of seventeen seats claimed for the Sunni community. Yet, the last-minute deadlock indicates otherwise. By injecting fresh allied faces into the new cabinet, Hezbollah achieves two major goals. First, to break Hariri’s hegemony over his community and thus the further fragment the Lebanese political spectrum opposing Hezbollah; and second, to contribute to the rise of a new Sunni political class, strongly allied to Hezbollah and the wider Iranian, Syrian axis.

In both Syria and Lebanon, Iran and Hezbollah are playing the pragmatic long-term game. In Syria, they are adapting to Russian demands and showing a conciliatory face as they know that aligning with Moscow is in their medium-term interests. In Lebanon, they are reaping the rewards of a decade-long policy that has allowed them to neutralize their political opponents and slowly circumvent the Lebanese constitution.

Image: A supporter of Lebanon's Hezbollah gestures as he holds a Hezbollah flag in Marjayoun, Lebanon May 7, 2018. REUTERS/Aziz Taher/File Photo