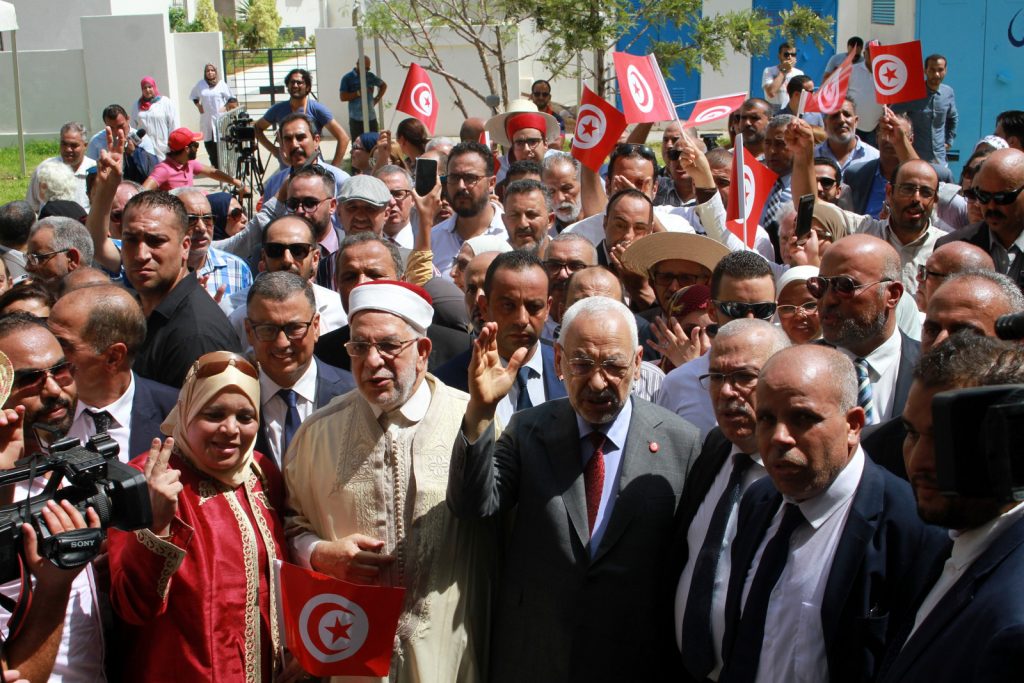 The Tunisian presidential and parliamentary elections in 2014 marked the beginning of a new democratic era. In the aftermath of the first wave of the Arab Spring, Tunisia remains the only country to have successfully transitioned from an authoritarian to a democratic government.

As the country prepares to hold its second presidential and parliamentary elections in October 2019, it is imperative that the US and the European Union (EU) play a greater role in sustaining Tunisia’s democratic transition. More specifically, after the two suicide attacks of June that rocked Tunis, the US and EU can better protect its democracy by enhancing the army’s counter-terrorism capabilities and security apparatuses. Otherwise, these security threats will continue to impact Tunisia’s most vital sector: tourism. The deterioration of its tourism industry could impede the country’s democratic transition at a time when the government is already experiencing economic and financial constraints, leading to continued destabilization that could spread beyond its border and region.

The number of Tunisian illegal immigrants has begun to increase following the ousting of the former president Zine el-Abidine Ben Ali and the country’s subsequent economic decline reaching between twenty and twenty five thousand illegal immigrants in November 2016. Affluent and democratic Western countries, especially the EU, could support Tunisia’s democratic transition not only to support their economy and enhance their security sector, but also to support Tunisia’s democratic transition as a model for other countries to replicate.

The Importance of the Tourism Sector

Tunisia’s tourism sector is particularly important because, as a labor-intensive sector, it requires a large number of employees to produce its goods and services. Notably, the tourism sector provides employment opportunities to recent graduates and young members of the labor market. However, tourism’s ability to drive the economy and generate jobs depends on the assurance of security and safety.

Two coordinated terrorist attacks took place in Tunis on June 27, 2019. One suicide bomber targeted the Counter-Terrorism Department, where he injured four counter-terrorism officers. The other suicide bomber targeted a municipal police vehicle that was permanently stationed in one of Tunis’ most popular streets for tourists, Habib Bourguiba Avenue. A police officer died from the injuries he sustained during the blast, while another officer and three civilians were wounded.

Unfortunately, terror attacks targeting tourists are nothing new. In October 2018, a suicide bomber from the Mahdia governorate targeted the same street—Habib Bourguiba Avenue—and wounded fifteen people. Additionally, two separate ISIS attacks in 2015 targeted the Bardo National Museum in Tunis which killed twenty tourists and injured forty-two others, and the tourist resort at Port El-Kantaoui in Sousse which killed thirty-nine tourists and wounded thirty-six others.

Security forces still struggle to detect potential lone wolf attacks independently. During a parliamentary inquiry session in August, the Minister of Interior, Hichem Fourati, stated that security forces prevented a terrorist attack that targeted the International Carthage Airport through a tip from a civilian. A National Brigade for Detection and Neutralization of Explosives (BNDNE) was deployed to the Borj Louzir area, which is adjacent to the International Carthage Airport, to investigate and dismantle a suspicious parked vehicle loaded with seven wired gas cylinders.

This event demonstrates terrorists’ continued determination to strike strategic locations. These types of targeted attacks are unlikely to stop anytime soon. In the latest video from the Islamic State in Kairouan Wilayat, which was shared on one of their Telegram channels, militants continued to focus on recruiting more people and vowed to target foreign tourists in Tunisia, which would exacerbate the country’s current security and economic crisis.

The Impact of Targeting Tourists

Prior to the Arab Spring, Tunisia’s tourism sector contributed to 21 percent of the country’s GDP. Although it dipped to 15.9 percent after the ousting of Ben Ali, it bounced back to nearly 18 percent from 2012 to 2014.

Despite this positive trend, tourism’s contribution to Tunisia’s GDP dipped again in 2015 after the terrorist attacks at Sousse and Bardo, when it brought in only 14.3 percent of the country’s GDP. That same year, Tunisia’s per-capita income also decreased from $4,160 to the pre-2007 level of $3,500—falling by 19 percent.

The decline in GPD contribution and per-capita income is amplified by the Tunisian government’s inability to provide social security or create job opportunities for increasingly unemployed Tunisians. The government, which has suffered from a budget deficit since 2011, reached a dangerous Debt-to-GDP ratio of nearly 70 percent in 2018.

Although the International Monetary Fund agreed to help Tunisia, it stipulated that Tunisia must carry out structural reforms such as recruitment, early retirement, wage freezes in the public sector, and unprogressive VAT and consumption taxes—which would predominantly target the poor. According to the Head of Ennahda Movement, Rached Ghannouchi, these imposed structural reforms ignore “the transitional situation Tunisia is experiencing” and put its stability at risk.

Due to the budget austerity requirement set by the IMF, the Tunisian Government will be unable to adequately compensate the unemployed, causing a further drop in per-capita income. This drop could threaten Tunisia’s democratic transition as research suggests that a democracy is more fragile in countries where the per-capita income is stagnant or declining.

According to the African Development Bank Group, “youth unemployment is significantly associated with an increase of the risk of political instability.” Currently, youth unemployment in Tunisia is an acute problem. Only one in three young men in rural Tunisia and one in five men in urban Tunisia are unemployed. Furthermore, in 2018, the unemployment among graduates and youth hovered at 30 percent and 35 percent, respectively. More terrorist attacks and security threats could undermine the ability of the tourism sector to accommodate this population of youth and recent graduates.

The Role of the EU and the US

To stave off these risks, it is crucial for the EU and the US to support Tunisia’s army and security apparatuses in their fight against terrorism. By ensuring the safety of the country, these powers could boost the likelihood of the resurgence of tourism. Tourism, which provides a stable per-capita income and youth employment opportunities, could be a key tool in securing Tunisia’s successful democratic transition.

Because terror is now exported online and abroad, the continued potential spillover into the EU is a cause for concern. The EU should assist Tunisia’s democratic transition to ensure its own security. The Executive Director of the EU Border Agency (Frontex), Fabrice Leggeri, said the inability to detect all illegal immigrants coming from Tunisia raises security concerns in the EU, particularly as the state of alert for potential terrorist attacks remains high. Consequently, the EU and its NATO ally, the US, should upgrade the intelligence equipment of Tunisia’s security apparatuses. Only then will they be able to monitor social media platforms and detect potential lone wolf attackers. Additionally, Tunisia’s intelligence community should work to improve the early warning system that enables security officers to detect erratic behavior.

Tunisia’s Ministry of Interior and Defense budget increased by 31 percent this year to counter domestic terrorism. Rather than relying on the Tunisian Government to allocate funds for the aforementioned activities, the EU and the US could provide the equipment and training. With external security aid, the Tunisian government could slowly reduce its defense spending to deal with the country’s unemployment. Also, Tunisia could use the money it saves on defense spending to increase wages for its citizens, as desired by the powerful Tunisian General Labor union (UGTT). Furthermore, the government could allocate more funding to awareness campaigns, culture centers, and economic development projects in marginalized and impoverished areas, such as Ettadhamen and Douar Hicher, thereby soothing the public’s anger towards a democratic transition, rather than exacerbating it.

Iyad Yousef is a Syrian graduate student from the University of Oxford where he studied for a master’s degree in public policy. He is currently working in London as a senior consultant focusing on macro- and socio-economic, and security issues in the Middle East and North Africa.

Image: Abdelfattah Mourou (C), Tunisia's interim parliamentary speaker and Islamist-inspired Ennahda Party politician, waves to supporters and journalists after submitting his candidacy for the upcoming early presidential elections at the Independent High Authority for Elections (ISIE), in the capital Tunis on August 9, 2019. - Ennahdha Party had announced that Mourou would be their presidential candidate for the first time on August 7, ahead of polls next month. Mourou, 71, was appointed interim parliamentary speaker following the death last month of president Beji Caid Essebsi. The Ennahdha politician had previously served as the deputy speaker, and changed roles after the then parliamentary head Mohamed Ennaceur stepped up as interim president. Reuters.