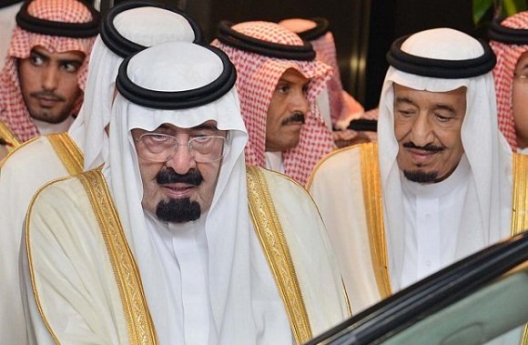 Gulf states have cautiously greeted the interim nuclear agreement between the five permanent members of the UN Security Council, the EU and Iran. The Saudi statement on Monday treads lightly—”The government of the kingdom sees that if there was goodwill, this agreement could represent a preliminary step towards a comprehensive solution to the Iranian nuclear program.” In a reference to Israeli nuclear weapons, the Saudis (and others in the Gulf) also used the opportunity to note that the agreement could lead to “the removal of weapons of mass destruction, especially nuclear weapons, from the Middle East and the Arab Gulf region.”

Non-official sources in the Gulf continue to focus their commentary on Iran gaining greater ability to influence events in the region, and are not focused on the details of the nuclear deal, in contrast to the commentary from Israel and the United States.  So what can we expect from the Gulf states in the coming weeks and months?

What Gulf States Will Do

Saudi King Abdullah met Saturday evening with his Kuwaiti and Qatari counterparts.  That discussion likely focused on how to manage the upcoming December GCC Summit in Kuwait to best demonstrate GCC unity and resolve.  In this context, some Gulf commentators believe there is once again a Saudi push to gain agreement on some sort of Gulf Union. There is also some pressure on Kuwait to approve a GCC security agreement that would shore up the ability of the six states to share information on internal threats as well as any perceived Iranian interference.  Neither of these proposed accords is universally popular in the GCC.  If there is agreement on an outline for GCC union in December it will likely be more symbolic that substantive, with lots of details to be worked out.

The interim agreement with Iran may also encourage a bit more movement on integration of air and missile defense systems in the Gulf, but this will also be slow and halting due to very different levels of Gulf country capabilities and thorny issues of command and control among and within Gulf states.

The traditional Gulf tactic of playing one power against another when they have a disagreement or want to make a point is uniquely limited in this case—Iran reached agreement with every world power that counts, not just the United States.  French concerns about the content of the agreement seem to have evaporated once French President François Hollande completed his recent trip to the Israel and the West Bank.

There will also be some impetus among Gulf states to consider whether the time has come to dust off some of their own diplomatic options with Iran. While the United States hasn’t had diplomatic relations with Iran for thirty-three years, most other countries have maintained ties, including all of the Gulf states. Oman has had the best ties to Iran in recent times but Kuwait has also maintained a decent relationship, the Emirates had a huge pre-sanctions trading relationship and still have good trade ties. Even Saudi Arabia has not been adverse to attempts to improve relations, having signed a security agreement with now President Hassan Rouhani in 1998 for example. Rouhani indicated just after his election that he placed a priority on improvement of ties with Saudi Arabia. But so far there is no evidence of follow-up.

The skeptical Saudis will now have to think about whether there is an opening in Iran worth pursuing. They have greater motivation to do so if they believe that the West is on a course leading to further sanctions relaxation and movement towards normal relations. Such a move by the Saudis would not be terribly surprising. Through the ups and downs of Saudi relations with Iran since the fall of the Shah, the Saudis have been motivated primarily by their assessment of the current Tehran leaderships’ intentions, not ideological differences or military balance considerations.

What Gulf States Won’t Do

There will not be Israeli-Saudi agreement to cooperate to preemptively deal with Iran’s nuclear capabilities. The notion that Israeli and Saudi interests coincide to the degree that they would cooperate on military strikes is the cartoon version of international affairs, and doesn’t reflect the difference in interests or the history of Gulf relations with Iran. During talks with a wide range of officials in Riyadh last week, Israel was barely mentioned in passing. The Israelis fear that Iran could obtain nuclear weapons and could conceivably be misguided enough to use them.  For them it’s about the survival of Israel. Most Gulf leaders assume that Iran will continue to pursue nuclear weapons in order to increase Iranian influence in the region, but they do not assess that Iran is crazy enough to actually use such weapons.  GCC members are much more concerned about local issues that represent creeping Iranian hegemony—occupation of the three islands claimed by the United Arab Emirates, attempts to influence Shia populations in Bahrain and Saudi Arabia, and support for Syria and Hezbollah. Paradoxically, in the Gulf view of the world around them, both nuclear weapons capability in Iran’s hands and a comprehensive agreement not to pursue them, would act to strengthen the Iranian hand in the Gulf.

Saudi Arabia will not rush to acquire a deterrent nuclear weapons capacity.  While it may not bat down statements by non-official sources that this is an option, there is little indication that the Saudi leadership wants to take on the responsibility of providing the nuclear umbrella for the GCC.  Resorting to acquiring weapons from Pakistan can’t be completely ruled out, but at this point it would simply play into the Iranians’ hands and weaken Saudi influence with its Western allies.

Unfortunately, we will also not see any attempt by the GCC to constructively tackle sectarian issues either within the GCC or in other parts of the region where Sunni-Shia tensions are higher than ever before. More and more, relations between these communities are seen as a zero-sum game, played out violently in Iraq, Syria and Lebanon. While the Saudis have spent millions on projects and academic centers in Europe and the United States to reach out to non-Muslims, figuring out how to forge a common future with the Shia community is not on the agenda.  The only hope here is that Iran-Saudi relations will return to a sort of normal politics between two regional powers, with a gradual de-emphasis of sectarian differences.  Whether this will be possible rests largely on how the conflict in Syria is resolved or at least controlled.

Cooperation with US Steady

Despite genuine concerns about the durability of the US commitment to the GCC states if relations between Iran and the United States improve over time, Saudi officials we spoke to in Riyadh last week have indicated no intention of decreasing counter-terrorism or defense cooperation.  Clearly they do not view these files as even potential bargaining chips to influence US behavior towards Iran.

While they may expect (or even hope) that Iran will not maintain its side of the current bargain and thus continue to be isolated, the Gulf states will need to plan for the opposite—that Iran will make the decisions necessary to end its isolation and the GCC states will need to take “yes” for an answer.  That outcome is very uncertain and may seem distant, but the agreement reached last weekend indicates that it is not impossible.