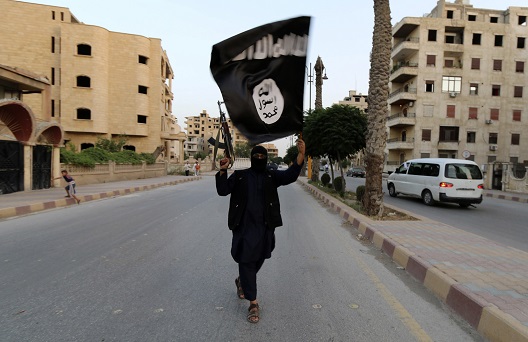 Early in my career as a Syrian diplomat, I learned to respect the strategic planning of the Assads. One clear memory is from 2007, during a visit from Iraqi Prime Minister Nouri al Maliki. I remember sitting behind a two-way mirror in a room adjacent to the banquet hall at the Four Seasons Damascus. Deputy Vice President Mohammad Nasif and I huddled in the tiny room as we watched a reception featuring Syrian Ministers and their Iraqi counterparts. We took notes, monitored their interactions, and sent waiters and messengers to disrupt conversations and alter the room dynamics. As Nasif and I noted every piece of small talk, every passing gesture, I realized that no detail is too small for the Assad regime to overlook. There is always a plan, opportunities are never missed, and there are no accidents: the rise of ISIS is no exception to this rule.

ISIS’s role in Syria fits into a plan that has worked for Assad on several occasions. When a crisis emerges, Assad pushes his opponents to spend as much time as possible in developing a response. While implementing such diplomatic stalls, he floods the crisis with distractions designed to divert attention away from Syrian government misdeeds. His favorite diversion is terrorism, because it establishes him as a necessary force to contain it. In the meantime, world events wash away international focus on the initial crisis.

Assad used this approach to protect himself after the assassination of Lebanese Prime Minister Rafik al-Hariri. My colleagues took steps to appear cooperative while stalling investigations. When the tribunal requested documents, the government sent mountains of information. When tribunal staff planned a visit, the government sent countless clarifications on minute details, shifting plans last minute and obstructing the process. Meanwhile, Assad used his terrorist proxy in Hezbollah to foment sectarian tensions in Lebanon. He also continued to facilitate the flow of extremist Sunni fighters into Iraq. These steps shifted international attention to the stability of neighbors, and positioned Assad’s government as a problematic, yet stabilizing force in the region. Accountability for the Hariri plot faded from view.

Assad renewed a version of this approach after non-violent protestors took to the streets demanding freedom and reform in 2011. His closest advisors studied the Arab Spring uprisings in Egypt, Tunisia, Libya, and Yemen to craft an approach that would protect the regime. This small group of political elites concluded that any meaningful concessions to non-violent protestors could precipitate the collapse of the regime. The advisors decided that it would enact no reforms that could weaken Assad’s hold on power. Assad learned from the Libyan case that a hasty resort to large massacres, or the threat thereof, could draw intervention from NATO forces. A slower increase in violence against opponents, however, would likely go unchecked. Assad needed to take steps that would pass time and prove himself as indispensable, both to the international community and to Syrians who fear retaliation from the Sunni majority.

To achieve these aims, Assad first changed the narrative of the newborn Syrian revolution to one of sectarianism, not reform. He then fostered an extremist presence in Syria alongside the activists. Further, he facilitated the influx of foreign extremist fighters to threaten stability in the region. Finally, any efforts to kill time on the clock, such as the chemical weapons deal, its slow implementation, and the Geneva process, were enthusiastically exploited. The resulting international paralysis allowed Assad to present himself as an ally in the global war on terror, granting him license to crush civilians with impunity. The Islamic State in Iraq and al-Sham (ISIS) emerged as one of those facts created to ensure Assad’s survival as he and his Iranian backers seek to frame this conflict as a regional sectarian issue, with a classical choice between military powers and Sunni extremists.

Early in the uprising, I was stationed in Washington. The Assad regime’s public messaging sought to construct the narrative that the Syrian revolutionaries had aspirations to disenfranchise and eliminate non-Sunni minorities. Even as we received external reports that the government killed nearly 250 people in Daraa, Deputy Foreign Minister Fisal Mikdad called to assure the Ambassador and me that there had been no killing, only a sectarian misunderstanding that the government had resolved. Once the unrest shifted to an armed conflict, Assad’s choice of allies promoted sectarianism. Hezbollah and the Iranian Republican Guard, primarily Shiite forces, assisted in further highlighting Assad’s sectarian narrative. Today, the conflict has morphed into a sectarian regional proxy war. This is precisely how Assad envisioned it, and creates a dynamic that the internationals can dismiss as too complex or dissonant to Western interests.

The Assad plan also included allowing extremist Sunni groups to grow and travel freely in order to complicate any Western support for his opponents. The Assad regime and Iran have meticulously nurtured the rise of al-Qaeda, and then ISIS, in Syria. In his March 2011 speech addressing the protests, Assad claimed that an international terrorist conspiracy sought to topple his government. During this time, Assad released battle-hardened extremists from the infamous Sednaya prison; extremists with no association to the uprisings. These fighters would go on to lead militant groups such as ISIS and al-Qaeda affiliate Jabhat al Nusra.

In conjunction with the terrorist-release policy, Assad was sure to imprison diverse, non-violent, and pro-reform activists by the thousands, many of whom are still in government prisons. These efforts, coupled with relentless barrel bombing, torture, and chemical weapons campaigns, were designed to silence, kill, or displace civilians so that the influence of extremists would fill their absence. Assad was careful to never take any steps to attack ISIS as they grew in power and strength.

The announcement of ISIS’s caliphate is most helpful in draining time and distracting the world from Assad’s destruction of Syrian society. Now that ISIS has fully matured, the Assad regime and Iran offer themselves as partners to the United States. For the first time, Assad is striking ISIS in Raqqa and locations inside Iraq, in a perverse harvest of the terrorist seeds he planted to quash the civilian-led reform movement. Assad will continue to make himself appear helpful by offering intermittent air strikes, details of fighters released from prison, and intelligence.

The rise of ISIS in Iraq and events in Gaza and Ukraine have placed Assad’s war safely outside the headlines. Once again, the world is convinced it has higher priorities and may again conclude that Assad is a problematic, yet stabilizing dictator in a troubled region. Safe from public scrutiny, he can go back to his hidden room, manipulating various players. US coordination with Russia, Iran, Hezbollah, or the Assad government in the fight against ISIS will play directly into the Assad plan. It will prove to Assad that his manipulation of time and terror has once again worked.

Bassam Barabandi served as a diplomat for several decades in the Syrian Foreign Ministry. During his time inside the incredibly insular world of Assad regime officials, Barabandi came to understand how the regime thought, eventually sharing these insights with US officials. Given the disastrous and ineffectual policy in the US has employed in Syria, Barabandi is now going public with his thoughts on the crisis, particularly Assad’s manipulation of perceptions of the conflict in the international consciousness. This piece is an outcome of discussions between Barabandi and Tyler Jess Thompson, an international lawyer and Policy Director at United for a Free Syria.

Image: A member loyal to the Islamic State in Iraq and the Levant (ISIL) waves an ISIL flag in Raqqa June 29, 2014. The offshoot of al Qaeda which has captured swathes of territory in Iraq and Syria has declared itself an Islamic "Caliphate" and called on factions worldwide to pledge their allegiance, a statement posted on jihadist websites said. (Photo: REUTERS)