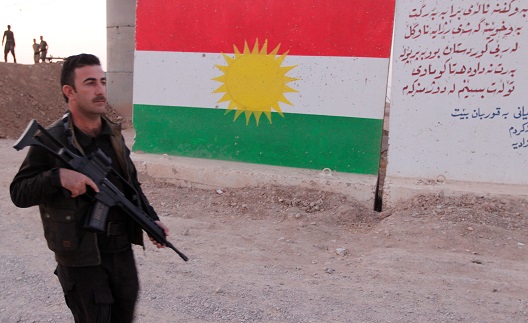 In the wake of the September 25 referendum in Kurdistan, the Iraqi government announced on October 15 that it began a military deployment to reestablish authority in Kirkuk in coordination with the Peshmerga. It soon became clear that the Peshmerga mentioned belonged to the Patriotic Union of Kurdistan (PUK)—specifically, the Talabani family wing—which views aggressive moves toward independence with far more skepticism than its political rivals in the Kurdistan Regional Government dominated by Masoud Barzani’s Kurdistan Democratic Party (KDP). The PUK drew the ire of fellow Kurds who viewed the deal as facilitating the federal forces’ reclamation of the territory. To complicate matters further, some reports indicated that Iran’s Islamic Revolutionary Guard Corps (IRCG) Quds Force leader Qassim Suleimani appears to have played a role in convincing the Talabani family to broker the deal in the absence of any other international or regional mediator. These events highlight the depth of intra-Kurdish divisions at a time of rapidly rising tensions.

The tension stems in part from the Kurdish government’s use of the referendum and the northern Iraqi oil resources as political leverage. Both the Goran movement—another rival Kurdish faction—and the PUK saw the referendum as an attempt by Barzani and his son Masrour to reassert their leadership and re-legitimize KDP authority, even in areas outside of its traditional base. The PUK, which views Kirkuk as part of its base, is unhappy with the arrangements that govern oil exports from Kirkuk’s main fields and channel the revenue through the KDP-controlled government because it places the group at a disadvantageous position. The KDP’s decision in March 2017 to increase its troops in the important Bai Hassan oil field after PUK-affiliated armed men temporarily occupied the North Oil Company’s headquarters, reinforced the view that the KDP was dipping its toes in the PUK’s backyard.

The Talabani-aligned PUK suffered another blow at the hands of Kirkuk governor Najm Addin Karim, who was dismissed by the Iraqi government on September 14 in the days leading up to the vote. Karim had become less reliant on the PUK and unilaterally voiced his enthusiastic support for the referendum. This move sparked further division as some PUK factions aligned themselves with KDP’s vision for the region and threatened the Talabani wing’s political relevance.

The Iraqi government and Iran’s response to the referendum also fueled intra-Kurdish tension by increasing the pressure on the PUK to distance itself from the KDP. As Iran halted the fuel exports and closed its official border crossings with Kurdistan, it dealt a serious economic blow to the PUK and its base in Sulaymaniya. With most oil revenue going to the KRG, continued economic sanctions by Baghdad and Tehran could significantly undermine the PUK’s already shrinking revenue stream. The Talabani clan had to choose one of two evils: either succumb to the KDP’s domination or make a deal with Baghdad. To protect what political relevance it still has, it seems to have opted for the latter for now.

It is unclear whether there is a detailed agreement between the PUK and Iraqi government. Although the Goran published a supposed agreement signed by Bafel Talabani and Hadi al-Amiri, the leading member in the Popular Mobilization Forces (PMF) and the Head of Badr Organization, it has not yet been independently confirmed. There are other unconfirmed reports indicating that Bafel Talbani met Abadi in Baghdad the day before the beginning of military redeployment. Regardless, one can safely argue that Baghdad and IRGC-backed groups would support the Talabani family in its attempt to restore control over the PUK as a reward for its cooperation. This support likely includes giving the Talabani-led PUK the right to choose a new governor for Kirkuk and reinstating federal government salary payments to public servants in Suleimaniya. As the Iraqi government restores control over oil from Kirkuk and its revenue, it would also boost the PUK’s leverage vis-à-vis the KDP.

This realignment, however, will only deepen the rift between the PUK and the KDP’s geographic realms (Duhok and Erbil in the case of KDP, Suleimaniya and Kirkuk in the case of PUK). This week’s dramatic events could even throw the KRG into an existential crisis of its own, as some commentators began talking about forming a separate region in Suleimaniya and Halabja. While Erbil consistently pursued its independence from Baghdad over the past few years, Suleimaniya looked more toward independence from Erbil. Although Kurdish nationalism will continue to be a unifying ideology, the failure to build unified institutions that overcome personal, familial, and regional rivalries has impeded its work.

Nonetheless, Baghdad-PUK coordination does not explain the KDP Peshmerga’s withdrawal from Kirkuk and other disputed territories. The KDP may have felt surprised or betrayed by PUK Peshmerga and would not risk a fight in such an exposed position. Or perhaps the new generation of Peshmerga, raised in autonomous Kurdistan and having never experienced the guerrilla war against Baghdad, felt ill-prepared for confrontation. Corruption and salary delays have also reportedly affected the Peshmerga’s military capabilities and morale. But the most likely explanation lies in the KDP’s political miscalculation when it unilaterally insisted on holding the referendum, thereby losing US support and that of its key regional backer, Turkey. Without international backing, the KRG could face an impossible uphill battle.

What comes next depends on how Baghdad manages its easy victory. Iraq’s hardliners might push for further measures to weaken Barzani and besiege the KDP in its traditional domain. The Dawa block in the Iraqi parliament, the wing close to former Prime Minister Nuri al-Maliki, adopted triumphalist language and called for further action to punish Barzani and the “separatists.” Current Iraqi Prime Minister Haider al-Abadi, who enjoys a political boost in the wake of reclaiming Kirkuk, might also try to end what Baghdad viewed as unconstitutional arrangements adopted by the KRG—not only in the disputed territories, but even in formally recognized territory. However, Abadi’s long-term success will depend on his ability to prevent another victimhood narrative that will feed Kurdish grievances. The KDP leadership’s miscalculations and accusations of PUK betrayal could further weaken those established groups. More radical groups, such as the PKK or even the Salafi movement in the region, could fill the resulting vacuum which in turn could spark further instability by pointing the finger at the Shia-dominated PMF and its Iranian backers.

While Abadi has successfully (and largely unexpectedly) returned the balance of power in favor of the federal government, he needs to give Erbil an exit from this self-inflicted wound. A lot depends on the KDP’s ability to recognize its miscalculations and take responsibility for them, but Baghdad must resist the temptation to take all the spoils of victory. In Abadi’s quest to restore state authority, he must deal with Shia hardliners and IRGC-backed militias; for that, he will need an open door with Erbil.