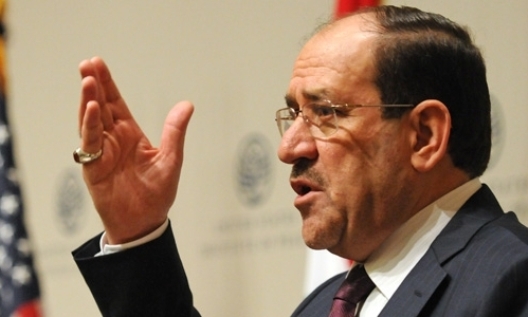 The dangerous interplay between growing domestic tensions and unstable regional dynamics is driving the rise in violence in Iraq, with levels unseen since 2008. The resurgence of Sunni militancy in Iraq—piggybacking off the sectarian, regional proxy war unfolding in Syria—has alarmed the Shiite community, leading Shiite militias to reactivate and play a role in defending their neighborhoods. Today, there is a general fear that Iraq may return to prolonged cycles of sectarian retribution.

The growing nexus between the insurgencies in Syria and Iraq has contributed to what appears to be a merging of a single, sectarian theater of conflict engulfing the region. As a consequence, Iraq is experiencing its most unstable and violent period since its descent to civil war (2005-07). On Friday, Prime Minister Nouri al-Maliki makes his return to the White House, to present his case in requesting greater security assistance from the United States.

Unfortunately, the debate surrounding how to help Iraq mitigate its rising violence appears to be too heavily focused on hard power in confronting a problem that requires a political solution. Indeed, while combating terrorism is a mutual interest, more military hardware at Baghdad’s disposal could lead to the proliferation of violence, rather than its mitigation.

Maliki’s diagnosis of the terrorist threat is too narrow. In explaining the rise of violence in Iraq, the prime minister focuses on the spillover from Syria, while emphasizing a shortfall in capabilities to deal with a growing threat. To be sure, Iraq relied on the US military to provide both ends of the security spectrum: external defense and counterterrorism. However, while Iraq does require assistance on intelligence and counterterrorism, a lack of capabilities does not adequately explain the government’s inability to better combat terrorism.

Indeed, the prime minister’s marginalization of Sunni Arabs and heavy-handed behavior with regards to the use of security forces in central and northern Iraq has alienated the most powerful tool in combating militancy: the Sunni tribes of Iraq. As exhibited during the 2007 “surge” of US forces, the cooperation of Sunni tribal leaders in actively combating militants was the primary reason for al-Qaeda’s decline in Iraq. Today, despite a million-man security apparatus and a heavy-handed approach by government forces, operational space and mobility for militants has increased.

In increasing security assistance with Baghdad, Washington must be careful that it does not do more harm than good, inadvertently undermining broader interests of stability. Despite the end of the US military presence in December 2011, the baseline interest of stability in Iraq remains unchanged given its geography as part of the Persian Gulf and its contribution to the world oil market. To that effect, the territorial unity of Iraq and the level of integration into the political process are the most critical features for securing enough stability not to undermine US interests.

Over a decade since the fall of Saddam Hussein, Iraq remains stuck in perpetual transition toward an unknown end-state. But one fear (long held by many US officials) is that with greater push towards an authoritarian political order by some, the greater the pull by others toward fragmenting the state into parts, whose boundaries and resources would be fiercely contested.

Today, Maliki aims to broaden and deepen the security relationship with the United States as he charts a course for a third consecutive term in next year’s general elections. It would be a mistake for the United States to view Maliki’s visit through a strict security lens, without consideration to the political context.

Long bogged down with security stabilization, domestic political struggles and nation-building, the Maliki regime’s gradual consolidation of power had grown to a level of acquiring interests that were external to Iraq’s borders. Today, the regime is claiming that it requires external defense capabilities to secure its air sovereignty so that it can halt Iranian overflights into Syria. But Maliki is bandwagoning with Iran in an effort to keep the Syrian regime afloat, as its downfall in Damascus threatens Maliki’s core political, security and strategic interests: the preservation of his regime.

Therefore, it is important to peg US aid with political reforms and genuine efforts at national reconciliation, particularly between Sunni and Shiite Arabs. Without conditioning security assistance to Iraq, the White House risks sending the wrong signal to Iraqis, with the perception of an implicit backing for Maliki’s electoral bid to remain in office.

The foreign policy model of buttressing regimes in the Middle East through the security-assistance track may have made sense in gaining allegiances during the Cold War, but it makes little sense now with popular upheavals sweeping the Arab world. Today, with regimes bent on surviving and maintaining their status quo preferences in the face of popular upheavals, legitimate use of US supplied arms cannot be guaranteed. The risk of another “Hawija incident” is real, where deadly clashes between Sunni protesters and government forces earlier this year had led to a dangerous surge in sectarian violence.

Indeed, given the level of volatility and uncertainty in the Middle East, the United States ought to rethink the balance between American hard and soft power, especially in shaping Iraq’s future. Rather than place its bets on further hardening a narrow security-centric relationship with Iraq, the United States should focus on initiatives that which can engage the Iraqi people and aim for a positive impact on Iraq’s internal politics and external behavior.

On the macro level, the effort to reintegrate Iraq into the regional order can go a long way in assuring that Baghdad is not beholden to influence by any single external actor. Through the US-Iraq Strategic Framework Agreement, Washington should promote initiatives that can help Iraqis diversify their economy beyond oil and mitigate the incentivizes that encourage kleptocratic behavior of its elites. Helping to deepen its trade, especially with its neighbors, and develop its role in regional diplomacy could go a long way in promoting a more sovereign Iraq that isn’t beholden to any single external actor.

On the micro level, the United States should encourage an electoral process that is based on districts, as opposed to party lists. This can help reproduce a political class that is pegged to constituencies and advance a more representative government. Indeed, by anchoring politics as local as possible in Iraq, districting can help ensure that competition over power and resources is intra-sect, rather than between sects. Over time, this dynamic can help incentivize cross-sectarian cooperation and coalitions to form over mutual interests in the future.

While the United States can and should assist Iraq in developing its intelligence and counterterrorism capabilities, the country’s security needs primarily require reconciliation, political reforms and economic progress. But dumping more weapons in the hands of regime fighting to survive could see the emergence of more problems, not less.

Ramzy Mardini an adjunct fellow at the Iraq Institute for Strategic Studies.