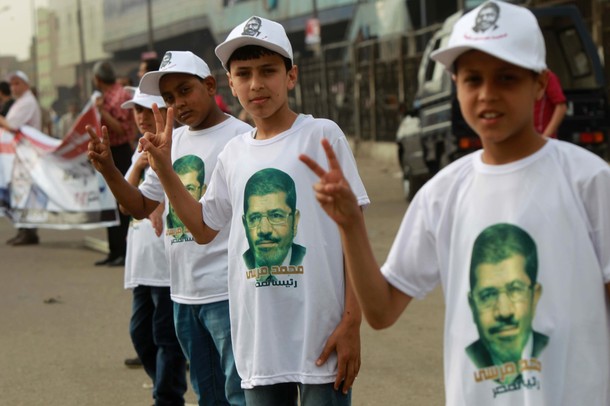 With presidential elections already in progress for Egyptians abroad, and only a few days remaining for those voting in Egypt, many citizens are concerned about the role money may play in shaping the results of the first post-revolution elections. This is a legitimate fear, given that the use of money in politics, known as political finance, had been one of the ruling regime’s favorite tactics during Mubarak’s era.

Political finance is a vital issue for democracy, governance, and development. Money fuels the growth of political pluralism, but at the same time can have negative consequences: preventing fair political competition and distorting election results in favor of the wealthiest candidates and parties. Encompassing both the funding of political party development and of electoral campaigns, political finance covers everything from rules regarding public funding to other mechanisms including contribution or spending ceilings and limits on campaigning periods. In general, regulations on political finance should achieve a balance between allowing contestants to use sufficient funds to reach the electorate with their messages and, at the same time, ensuring enough fairness and competition between those contestants. When this balance is not reached, the influence of money in politics can affect the public’s confidence in the political system as a whole.

Strengthening rules to control the role of money in politics should be an urgent priority for Egypt, as the country prepares for a long-awaited presidential election that carries the hope and promise of a new democratic era.

Most countries have implemented some form of regulatory framework to control the influence of money in the political process. In Egypt, the rules of financing electoral campaigns are defined in Law 38 of 1972 on the Egyptian Parliament. Article 11 of the law requires candidates to comply with a specific ceiling (set at each election) for campaign expenses. It prohibits the use of public funds, properties and state-run enterprises for election campaign purposes, and it also prohibits the use of foreign private funds to finance the election campaigns or to influence votes. Nevertheless, there is no provision regarding the use of private funds from domestic sources.

Political economists point to several channels that can be useful to regulate the potentially hazardous intersection between money and elections. These include contribution bans, spending limits, campaign time limits and public disclosure. Nevertheless, in emerging democracies and even when those rules exist, they are frequently violated or unenforced. Common violations include disguising income and over-spending, underground campaigns, dishonest reporting on large donors or private funding, to name only a few. Moreover, it is extremely difficult to monitor or regulate in-kind contributions which are easily overlooked when assessing official campaign expenditures. This is why the adoption and implementation of any of the regulations mentioned above requires adequate rules of transparency and disclosure, as well as strengthened enforcement of these rules, which may be achieved through the improvement of the legal framework and by addressing the institutional weaknesses of enforcement bodies.

It is obviously too late for Egypt’s 2012 elections to be shielded from the undemocratic consequences of political finance, but to entrench democracy and governance in the future, it is important for policy makers, reform-oriented legislators, political leaders and scholars to promote and adopt measures to ensure a coherent system for the disclosure and monitoring of the use of public and private funds in elections. Within this framework, candidates and parties should not only be required to report in detail on their electoral campaign receipts and spending, but their reports should also be available for public scrutiny. Disclosure measures should provide answers to questions like: who gives money? To whom is it allocated? For what purpose and in exchange for what? These measures should also be comprehensive and enforceable enough to limit the influence of finance on politics and vice-versa.

Global experience also suggests that while regulation and monitoring by government agencies are necessary, they remain insufficient. Because each country’s specific context and political culture must be taken into account, an active civil society and vigilant media is necessary if effective oversight is to be achieved.