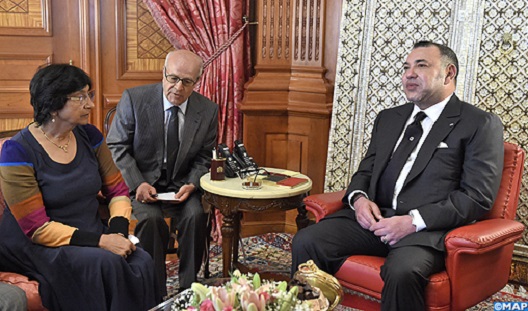 Most observers, saddened and appalled by the collapse of security and the spread of violence across the Middle East—from Libya to Egypt to Syria, Iraq, and Bahrain, not to mention the crisis in Gaza—focus on Tunisia as the only positive and uplifting case to result from the Arab Spring. Proponents and cynics both herald this small, Mediterranean country as an example of a difficult, but successful transition from authoritarian rule to a more liberal, pluralistic one. But the Tunisian case came at a high price. Tunisia lost many lives at the hand of security forces during the 2011 uprising and suffers from an unbalanced economy that exacts a heavy toll on an already impoverished and deprived population. For this reason, more attention should be paid to Morocco, a country that so far seems to propose a different approach in the pursuit of the same goal of transitioning to a pluralistic system.

Some critics accuse King Mohamed VI of Morocco of inventing a series of cosmetic reforms in order to placate forces contrary to his regime. They say that he meant to prevent opponents from coalescing with the marginalized portion of the population that could potentially threaten his rule by giving birth to a revolt similar to that which caused the fall of Zine El Abidine Ben Ali in Tunisia. Only time will tell if Morocco’s slower evolving path to reform will be the more enduring course.

Following the February 2011 demonstrations, Morocco did undertake reforms to find a political solution to the popular uprisings. Truth is that this process was initiated by King Mohammed VI in his early years in power, long before the wave of protests in 2011. He sought to enrich Morocco’s human rights portfolio since the early 2000’s with improvements in family law through reform of the family code (the mudawana). The law reduced inequality by allowing, for example, equal rights to wives upon divorce and equal responsibility toward the family. After these reforms, a profound change in Moroccan society witnessed increased participation of women in society and politics. The creation of a truth and reconciliation commission investigating violations committed under late Hussein II’s reign marked a crucial step towards national reconciliation between the Monarchy and those that had been persecuted unjustly under the reign of Hassan II. In 2011, he gave the National Human Rights Council more independence and stronger powers to pursue its mission. Through this process, migrants and asylum seekers received more protection and the right for rapists to marry their victims to be exonerated of their crimes was abolished. The government also passed a draft law on military justice that prohibits the trial of civilians in military courts.

The principal reform adopted was the introduction of a new constitution, voted on by through popular referendum and internationally praised. In essence, it dictates the transfer of significant political powers to an elected parliament, paves the way for more legislative independence, and empowers independent agencies. The subsequent legislative elections gave way to a moderate Islamist leadership in parliament, the first in Moroccan history.

Not all of these reforms, however, mean much in terms of empowering the population vis-à-vis the ruling elite. In fact, by focusing on the things that did not change—particularly the relationship between the state and the people (effective power held by the king and his entourage)—one quickly realizes how much more remains to be done. Many repressive laws still in place result in countless protestors too frequently imprisoned for questioning the King and his authority. The constitution remains, in many regards, an inspirational document, and tangible change on the ground has yet to be registered. Despite claims to the contrary, the King’s powers remain substantial. Given his role as the head of the cabinet and the Ulama Council, he controls the mosques and retains full control over the military and security apparatus. However, for some, this overarching role of the Monarch is the ultimate guarantee of the country’s stability.

From another point of view, in fact, the reforms accomplished so far reflect the genuine effort of a patriotic elite to keep the country united and to proceed to the empowerment of the people through progress in improving education, building strong institutions, and developing civil society. Today, Morocco not only receives top marks as the most stable country of the Maghreb region, it also leads the region in progress on social and political reforms. Nevertheless Moroccan leaders cannot use this evolution as an excuse to slow down. The struggle against extreme poverty, unemployment, marginalization, and water insecurity should be addressed with more determination and rigor. King Mohamed VI could also use his status and prestige on the international stage toward realizing regional integration and stabilizing the North African region. Despite the challenges in achieving these goals, the benefits far outweigh the costs.

Karim Mezran is a senior fellow with the Atlantic Council’s Rafik Hariri Center for the Middle East, focusing on the politics and economics of North Africa.