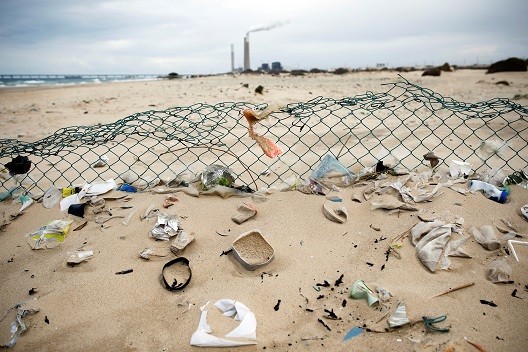 When it comes to green technology, there is no denying Israeli clout. The “start-up nation,” whose renowned tech sector accounts for 35 to 40 percent of GDP, has earned the moniker due in no small part to sustainability.

Israeli innovation in green technology has turned the country into a global powerhouse. One example is water, a scarcity of which has long plagued the Middle East. Though blessed with few natural sources, Israelis have tackled the issue through desalination, irrigation, and recycling. Israel has not only solved its own problem by ensuring its population a stable and safe supply, but has also become a key international distributer of water technology.

The numbers speak for themselves. A 2016 report found that Israel recycles 87 percent of its wastewater—Spain comes in second worldwide with 20 percent. Israel also developed drip irrigation technology, which reduces a plant’s water needs by as much as 90 percent and is reputed to help feed almost one billion people. The $2.2 billion per year Israeli companies export in related technology has played a large role in ensuring developing countries clean water access. For a tiny country of nine million, this innovation is remarkable.

Israel’s greatest friend has also enlisted its assistance. In 2016, the Obama administration endorsed joint ventures between Israeli and American firms to work on water issues. California, where Silicon Valley already invests heavily in Israeli high-tech, is one such patron. Amid the state’s severe drought, Governor Jerry Brown and Prime Minister Benjamin Netanyahu signed a memorandum of understanding on technological cooperation, which covered water. The United States has much to learn from its Middle Eastern partner, as at least 40 states expect water shortages within five years.

Yet one area blights the remarkable progress Israel has made in green technology: waste management. Whereas Israel leads the world in water technology, it lags behind its peers when it comes to disposing of garbage. The Ministry of Environmental Protection concedes that only 25 percent of the country’s waste is recycled, placing it near the bottom of the OECD. The remaining trash ends up in landfills, which release volatile amounts of methane gas as well as toxins.

However environmentally unfriendly landfills may be, disposables often do not even make it there. It is all too common to see garbage strewn across the streets of Israelis cities or sullying Tel Aviv beachfront. In a country renowned for its natural beauty, few welcome the trash blotting its landscape.

Aesthetics aside, uncollected trash is a major public health hazard that will only worsen as the country’s waste output grows. Newspaper headlines like this one decry the mounting trash problem and ruminate on solutions. Indeed, visitors to Israel would be forgiven for concluding that garbage is as synonymous with the country as Masada or kibbutzim.

How can a wealthy country (ranked 22nd in Human Development Index) with such a venerable high-tech industry fall woefully short in something as simple as recycling? Part of the issue is a lack of awareness, as many communities do not have traditions of reducing waste and recycling. Israel should do more to ensure that these practices enter the national consciousness, as is the case in many other advanced democracies. A start would be channeling some of the human capital that has driven the country’s technological achievements into better sustainability.

Such efforts must be grassroots. For instance, communities can enforce littering fines instead of treating the practice as an accepted custom. Two municipalities have gone further, recently implementing seaside bans on single-use plastics. If other local governments follow suit, Israel may phase out single-use plastics entirely one day. This would be a welcome step along the way to enacting more and more eco-friendly policies.

Yet the solution goes beyond what the state can and should do. The country’s vibrant civil-society sector, which includes environmental groups, must engage and educate the public. Although high-tech firms can develop advances in waste management, changing social norms and attitudes is the most effective long-term solution. Growing awareness could lead to more widespread green practices in Israel as in every country.

The Israeli case is perplexing: A country that has pioneered water technology cannot seem to control its garbage problem. Israel deserves its sterling reputation in high-tech, though one can’t help but notice a disconnect between its innovations and the look of its streets, parks, and beaches. Meeting the garbage problem will require the resourcefulness that Israel has demonstrated, time and time again, it possesses in abundance.

Daniel J. Samet is a program assistant with the Middle East Programs.